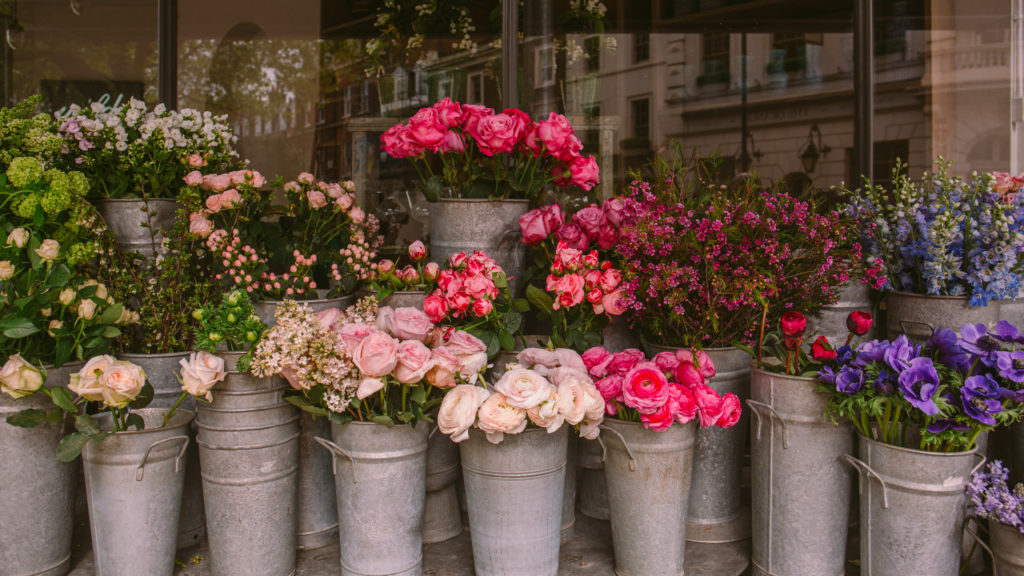 In 2020, the main concern for florists was a demand problem – with a raging pandemic and less money to go around, flower shops had to survive through a gruelling business year. But in 2021, the problem is a different one. Facing a surge in demand with the country reopening and weddings quickly piling up, Toronto florists are finding it impossible to bounce back to pre-pandemic levels – and the problem is supply.

“Worrying is like solving an algebra problem by chewing bubblegum,” Sara Jameson says, outlining her philosophy in managing the ongoing flower shortage that has caused so many local florists extreme distress. Jameson, the owner of Sweetpea’s, a flower shop in Roncesvalles, has been in the industry for 11 years and has never encountered a crisis quite like this one.

Flower imports and production have stalled

The primary reason for the shortage cited by most florists is that not enough bulbs were planted for 2021. During the disastrous events of last year, farmers—not just those in the flower industry—disposed of much of their unused product. Predicting that this year would follow suit, they sowed far fewer bulbs in an attempt to avoid composting flowers and produce needlessly. However, their predictions were incredibly off-base. Since lockdown measures have eased up, allowing larger gatherings to take place, the need for flowers has grown exponentially. “There’s a lot of demand, and no supply,” Bruno Duarte of Fresh Floral Creations on the Danforth says.

Many of Duarte’s suppliers have farms in Ecuador and Colombia. Imports from both countries have been limited in the past year, but for very different reasons. Despite having the right climate and greenhouse infrastructure when the weather isn’t cooperating, Ecuadorian farmers fell prey to the supply issues detailed above. Meanwhile, in Colombia, the flowers couldn’t even make it to the airport. A national strike ensued at the end of April in reaction to a tax reform bill proposed by Colombian president Iván Duque earlier this year, which was opposed by 80 per cent of Colombian citizens. Blockades established by local protestors and clashes near the airport in Cali prevented flowers from being shipped.

Even if flower farmers planted their bulbs in time and there was no political tumult affecting the supply chain, climate change can still cull whole fields at once, destroying tonnes of product in one fell swoop. Flash frost in South America killed crops of roses and hydrangeas. Forest fires in British Columbia and California razed farmland. Summertime hailstorms can wipe out months of hard work. “We’re seeing more and more unpredictable weather that resulting in really big damage on these farmers’ livelihoods,” says Sophia Su of Riverside Flower Shop in Little Italy.

Flower prices have more than tripled

The shortage has ultimately caused flower prices to skyrocket. Pre-pandemic, florists bought roses at around $2 per stem. They’ve now increased to $7 per stem. In an extreme case, one of Duarte’s suppliers had to close a couple of his farms because they had no roses ready. White roses are even harder to find, with Su dubbing this crisis as “The Great White Rose Shortage.” According to Jameson, prices for ranunculus, one of the most popular flowers she sells, have increased from $0.80 per stem to $3 or $4 per stem.

Dried flower wholesalers are accustomed to buying their products once every quarter, since the procurement process takes longer than their live counterparts. As a result, local florists only have access to dried flowers on the same quarterly basis, so when they sell out of a popular product, that’s it. “If you sell out of Product X and everyone loves Product X, you have to wait for the next shipment. It’s not a weekly basis like fresh flowers,” says Su.

There are shortages for almost every good that florists require in their inventory, making basic functions of their job significantly harder. Take plastics, for example. For a myriad of reasons, the production of plastic has slowed down, causing derivative products, like Christmas tree stands, to become scarce. In early anticipation of the holiday season, Jameson ordered her Christmas tree stands last year. When it came time for her order to be fulfilled, she received only one eighth of the quantity she ordered.

Flower twine, which Jameson used to buy for $20 for four rolls, now sells for $54 for the exact same quantity. Vases that would sell for $2.50 are now $7 or $8 each. Jameson says that she can’t even find three or four vases to match in order to make a series. Manufactured in Asia, ceramic pots are ferried over to North America in cargo containers, like many other internationally-procured goods, which sounds simple enough if you have the requisite number of cargo containers to make the trip successful. But what if you don’t? This year, due to a lack of shipping containers, ceramic pots were held in limbo for 5-6 months, leaving florists at a loss.

Su said that florists typically operate on “razor tight margins because [they] work with such disposable stuff.” Without experience and the ability to forecast properly, she says, “it’s really easy to buy too much and throw out a lot of money down the drain.” Now, with the rising prices of nearly everything they have to offer, the balance that was so difficult to achieve pre-pandemic is now even more fraught.

Local farms are an imperfect solution

When asked how the situation will progress over the next year, Su predicts that it will only get worse. This year, wedding season, which typically spans from May to October, was extremely busy with so many couples vying for dates. While restrictions continue to relax, the number of weddings will not only increase, but their scale is also subject to soar. Duarte notes that florists have adapted by relying more on local flower farmers, though he acknowledges that the Canadian climate isn’t conducive to year-round production.

Prices have increased manifold, but with demand surging over the next year, it is difficult to forecast whether the cost of flowers will plateau or return to pre-pandemic levels anytime soon. In return, consumers are being asked to approach florists with an understanding mindset. The adversity of the shortage has given florists more creative freedom to work with what they have. Despite this, if you’re looking for a specific flower, say a rose or a ranunculus or a peony, you may be out of luck. “If it’s not available, it’s straight up not available,” Su says of the shortage. “Money can’t buy everything.”