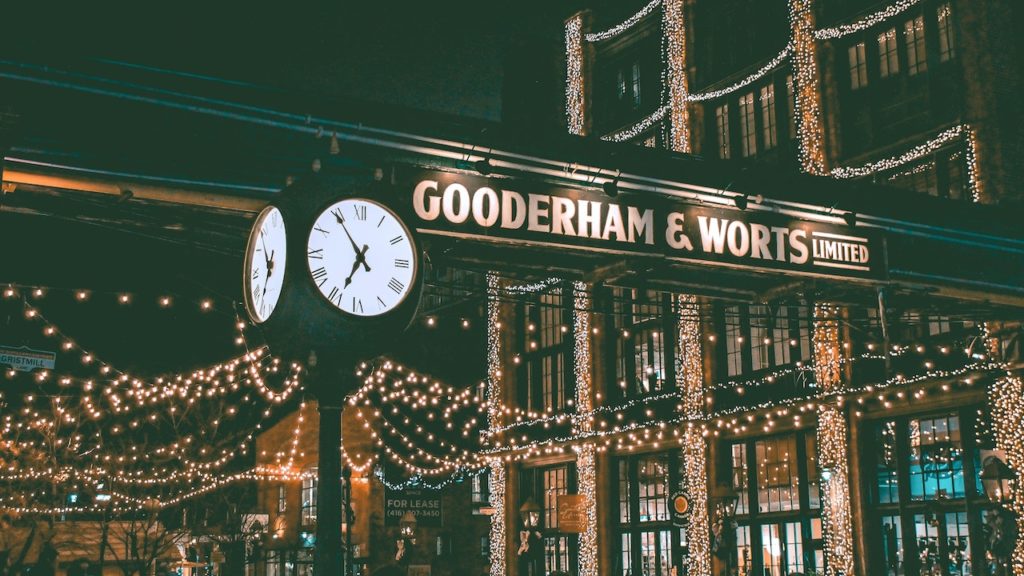 With Halloween quickly approaching, many Torontonians will seek out abandoned asylums or old cemeteries to get into the spirit — but as it turns out, some of the city’s most well-known restaurants serve up haunted histories alongside the appetizers. This autumn, check out these spooky Toronto haunted restaurants for some chilling hospitality.

The iconic steakhouse on Jarvis was once the private residence of Hart Massey’s family. Legend has it that after the tragic death of Massey’s daughter Lillian in 1915, one of the maids was so distraught by grief that she hung herself. In 1976, the haunted mansion became home to the Keg restaurant, and ghostly visions of the maid hanging by her neck have been seen by Keg patrons and employees ever since.

The Frog: A Firkin Pub

Mysterious activities have been reported at the Yonge and Sheppard pub since it opened in the mid-90s—particularly when patrons use the washrooms. Spooked-out customers have reported everything from seeing ghosts outside the lavatory doors, being locked in the washroom stalls, and toilets mysteriously flushing.

The Boiler House (now El Catrin restaurant), located on the northeast side of Toronto’s Distillery District, offered fine dining, with a side of paranormal activity. In one report, a patron spotted a bottle fly off the restaurant’s giant wine rack and land flat on the bar. The strange thing is—the bottle didn’t break or wobble—it just landed. In another report, a waitress at the Boiler House reported seeing a man hanging by his neck above the bar area. No flying bottles or ghostly apparitions have been reported since El Catrin took over (so far…).

Balzac’s has several staple locations across Ontario, but their Distillery location is one of the best places in the city for a cup of joe. Unfortunately, it’s also reported to be haunted. There have been several reports of a man dressed in old-fashioned clothing roaming about the building and disappearing through walls. Some say it’s the ghost of James Worts who founded the mill in 1831, keeping a watchful eye on the district. Another report involves the café’s huge chandelier, which has two ceiling fans on either side of it. The fans usually rotate slowly at full blast, but one morning a manager came in and discovered the chandelier violently moving back and forth.

The restaurant’s fairy-tale ambience and repurposed 19th-century carpentry shop make it a picture-perfect backdrop for weddings, parties, and events. But the Italian eatery also has a few ghosts in its haunted closet. In one report, a busboy spotted a man wearing an old-fashioned blue suit and 1800’s style hat after closing hours one night. After he told the man the restaurant was closed, the man suddenly disappeared. In another report, a security guard also spotted a man in a similar old-fashioned blue suit and hat standing outside Archeo. The man apparently disappeared after the security guard got closer.

Click here for the best Halloween costume stores in Toronto