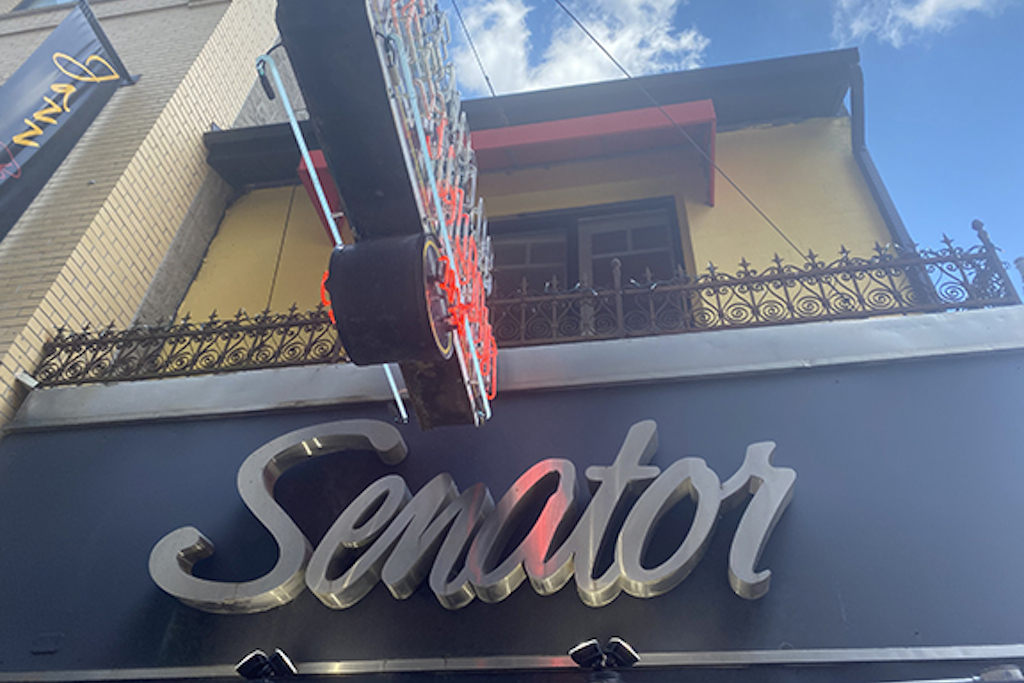 Toronto’s historic Senator restaurant on Victoria Street is embracing Stage 2 of the province’s reopening plan just like most other restaurants in the city, but they’re also kicking it up a notch.

With their small patio space out front offering freshly squeezed juices, pastries, sweets, coffee and tea for passersby to purchase and munch on, they’ve transformed their upper level balcony into a stage.

“It’s a Senator serenade from the balcony,” says Sybil Walker, the operations manager at the restaurant. “In the spirit of making lemonade out of lemons, we are hoping to raise our community’s spirit with this balcony concert series.”

Things kick off tonight at 4 p.m. with award-winning Toronto vocalist Ori Dagan performing six feet apart from guitarist Nathan Hiltz and saxophonist Alison Young. The concert series will run every Friday from 4 p.m. to 6 p.m. to bring live music back to the streets of Toronto.

Of course live music was banned from Toronto restaurant patios with diners seated for meals and drinks, so this was a creative and safe workaround by the Senator team to satisfy Toronto live music lovers in the time of COVID-19.

When it comes to food and drink service, the Senator has launched a grab-and-go service for breakfast and lunch that is open from 8 a.m. to 1 p.m., Tuesday to Friday. A selection of muffins, sandwiches, sweets and non-alcoholic drinks are available.

For those who are deciding to stay home for the time being before they feel comfortable venturing out in the city, the concerts will also be live-streamed on the Senator’s Facebook page for at-home audiences. There is even an option to tip the performers virtually. The Facebook page will also announce upcoming performers for the concert series that will continue throughout the summer.

For a list of the best patios in the city that are open this weekend, click here.