How this T.O. couple's marriage survived a catastrophic motorcycle crash
Skip to content 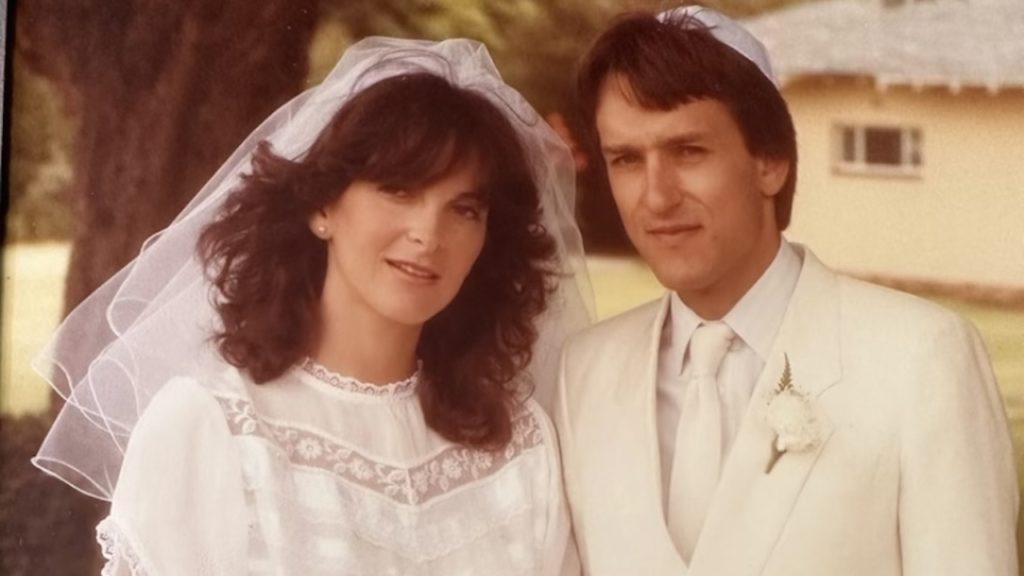 Danielle Kaplan was warned by friends before dating her (now) husband, Stephen Kaplan, that he “definitely wasn’t her type.” He was “too wild and mischievous.” Steve was a Type-A business-minded, adrenaline junkie who loved feeling the “rush” of his thrill-seeking adventures. Danielle is, and has always been cautious and risk-adverse. Still, she was intrigued. After asking around, she finally agreed to go on a date.

Now, they’ll be celebrating their 39th wedding anniversary in a handful of weeks. And they have something else to celebrate: the Nov. 22 publication of  “I Married A Thrill-Seeker,” which Danielle wrote after one of her husband’s solo motorcycle rides from Toronto into the depth of the Yukon where he crashed, their lives changing in an instant. Stephen was miraculously found and was given a less than 1 per cent chance of survival. Ahead of the publication of her book, Danielle shares the story of their romance, wedding and the details of Steve’s final thrill-seeking adventure.

I was in second year university, just out of a long-term relationship and studying for exams. This boy, Stephen, called me to meet for coffee. He had been given my number from a work colleague of his, while he was doing his accountancy articles. I said that I was busy studying and not yet ready to date. I think he was surprised at how conscientious I was about my course. Meanwhile, I asked around about Steve. I was told that he definitely was not my type – too wild and mischievous. I was intrigued. He called a few weeks later and said he was, “giving me a second chance.” I told him he was cocky, but why not! I was up for the challenge.

The first time he came to my house to meet my parents, he arrived on a scrambler motorcycle. My parents freaked and said no way to him and the bike. He sold his bike after I requested he do so! I guess he wanted my parents to like him and our relationship. We dated for over three years before we got engaged. He was incredibly supportive during my university. He was always an adventurous spirit and we did fascinating road trips together along the coast of South Africa in a car with a two-person tent. We also parented two puppies, who became our first furry babies.

Not too exciting. After about three and a half years of dating, completing my graduate degree, Steve doing a mandatory military camp for three months, we just together decided it was time to get married. We went to tell both sets of parents who were delighted. They, of course, wanted grandchildren.

We had a laid-back morning wedding in the garden of a country club. I looked so young and wore a very sweet simple above-the-ankle dress (although the trend at the time was huge princess Diana shoulders and puffed dresses). When I look back, I can’t believe Steve wore an ivory linen suit!

As soon as I completed my post graduate master’s degree, we left South Africa to come to Toronto. Our reasons for leaving were political and to create a more secure future for us. It was really a tough decision, as we were close with our families. We arrived in Toronto as young adults with professions that enabled us both to get jobs in our fields. We have always felt privileged to be Canadian. Fortunately, over the years my parents, Steve’s mom and most of our siblings joined us in Toronto and North America.

We have always loved having pets, particularly dogs. We currently have two of the cutest golden doodle sisters, Hallie and Millie, known as “the girls.” Our children often say they wish they had had some of the same privileges and run of the house as do our furry babies.

Life for us has always been a balancing act, with our children and family always being priority. We have two children, Josh and Gabi. Josh works in media and lives with his partner Kyle. Gabi works as a paediatric occupational therapy and just got married to Jamie. We have both been fortunate to have really great careers. I worked as a speech pathologist at Sunnybrook Hospital and Toronto Western Hospital (UHN), in the area of neurosurgery, spinal and the ICU for years before I moved on to teach pilates, personal training, barre and corrective exercise full-time. Steve has worked as a CFO and COO, the two most notable being Brita Water Filter Systems and The Ordinary.

Being each other’s “ride or die”

Literary and figuratively. We have always supported each other in developing our careers. Steve was incredibly supportive of my writing process while writing and editing I Married A Thrill-Seeker, my memoir of his thrill-seeking yearly solo motorcycle rides to the Yukon and what it’s like to live and love a risk-taker. Steve has always been a free spirit. He promised me that this solo trek would be his last. I wasn’t joking when he left the driveway and I said, “You better come back alive or I’ll kill you.”

Well, our lives were changed in an instant when he hit a pothole in the depths of the Yukon in the pouring rain, was finally found hours later, was air lifted to hospitals and was given a less than 1 per cent chance of survival. As a wife and trauma expert, I was writing from both point of views during his two years of recovery. Really, he’s the bionic man. He not only “made it” but when I was ready to write about this raw emotional, miraculous experience, Steve encouraged me to write whatever I thought, even if it was tough on him. He filled in informational when he could. He also learned a lot of that period of time — that he hadn’t remembered — when reading the drafts of I Married A Thrill-Seeker and going through the editing process.

Secret of our success together

We are on the same page with regard to our values, moral compass and political views. This often leads to interesting and passionate discussions. We have always been friends throughout our marriage, even through all the challenges life brings. We are family, and family always comes first. We are family as much as husband and wife. Although, admittedly, one of our only contentious issues is the genre of music we listen too. I’m a little country (pop) and Steve is a little more “rock.” We compromise by listening to… my music!