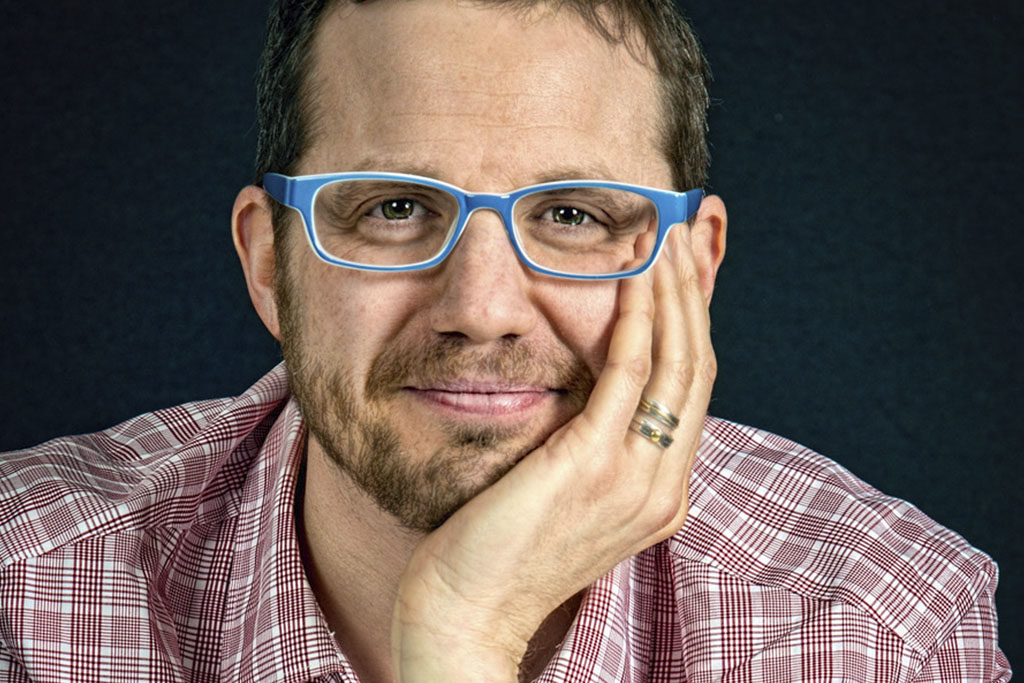 Josh Grossman started out as any musically inclined youngster, taking every opportunity to play his instrument of choice, the trumpet.

“Music kept me very busy,” he says. With the encouragement of his music teachers, Ken Hazlett and Jerry Dmytryshyn, he would go on to become the artistic director for Toronto Downtown Jazz, a charitable organization responsible for the TD Toronto Jazz Festival.

The festival, which relocated to Yorkville in recent years, is going into its 32nd year. Performers have included Herbie Hancock, Keith Jarrett, Aretha Franklin, the Roots, Earth Wind and Fire and more.

“In Grade 12 I had to decide between music and acting. I chose music, but acting was something I really enjoyed,” says Grossman.

“Lawrence [Park Collegiate Institute] had wonderful music teachers. They were extremely supportive of my interests,” he says. “I could see myself being a music teacher because of them, actually.”

But Grossman decided he wanted to live the enigmatic lifestyle of a jazz musician.

“I enjoyed the music and the mythical existence of a jazz musician that I had conjured in my head: cool music played at night, with cool people, in cool bars and nightclubs,” he says, joking. “Turns out that’s not quite the reality for actual jazz musicians.”

When it came time to choose a university, Grossman landed at the University of Toronto for jazz performance.

“I’ve found that, in both my work life and life as a student, I’ve had many opportunities because people wanted to take a chance on me,” says Grossman. “My audition probably wasn’t the best, but the people judging the auditions saw that what I lacked in experience I made up for with talent and potential.”

University, while challenging, brought many personal gains. Grossman played with the Hart House Jazz Ensemble for four years, then led the ensemble for another four years. He also played with the Toronto Youth Wind Orchestra and served on its board of directors. And in his third year at U of T, he started the Toronto Jazz Orchestra. After graduation, Grossman hit the ground running to get more experience.

“I was playing a bunch and doing a lot of private teaching, but I found that the drive and discipline required for being a professional musician really wasn’t there for me,” he says.

So, being the pragmatic trumpeter that he is, he decided to utilize his other, more practical skills to support the arts.

For the next four years, Grossman taught music while also learning about marketing and budgeting.

After a few more years, the opportunity came to join Toronto Downtown Jazz part-time, and the rest is history. Eight years of part-time work gave him all the experience he needed to transition to full-time last year. With the organization, Grossman helps to execute the annual TD Toronto Jazz Festival.

“I’ve been working toward what I think is the best representation of jazz every year for everyone, and I’ve learned so much about what is actually involved in running an actual festival,” he says.

Grossman and his team work together to create this amazing jazz fest every year.

“It’s a really exciting time to be working in jazz,” he says. “There’s so much cross-pollination among types of jazz. There’s almost no end to possibilities about what kind of act can be on our stage.”