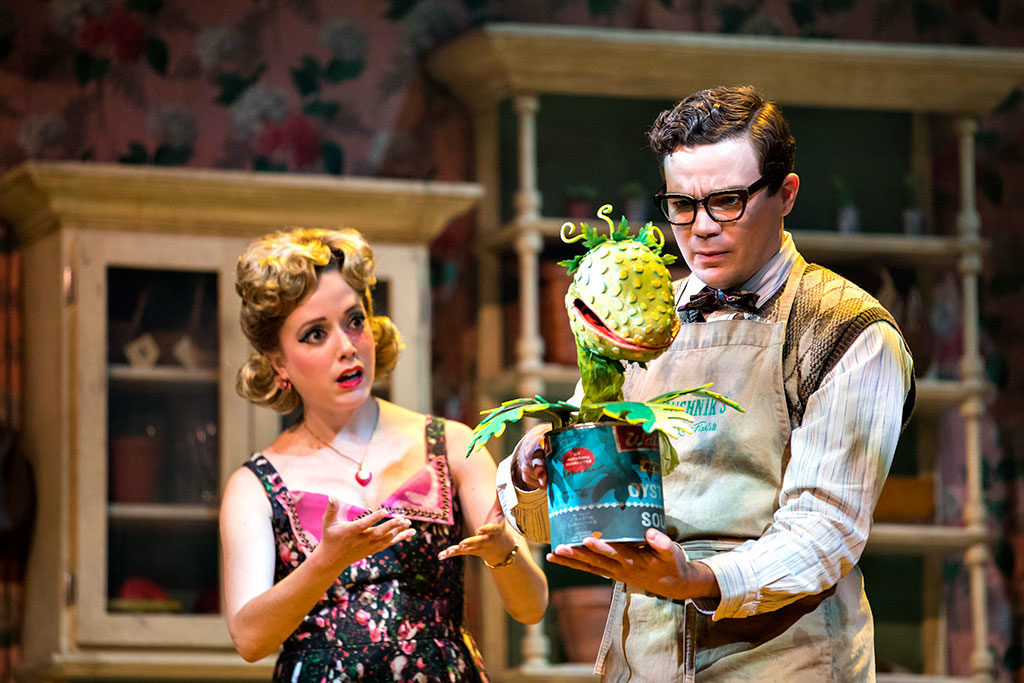 Summer weekends are ideal for road trips, and for those into theatre, this time is a great opportunity to check out different theatres outside the city. Here are our top picks for getaway-worthy stage sessions.

We can’t talk about summer theatre in Ontario without mentioning the venerable Stratford Festival, home to three theatres — although one is temporarily out of commission.

This season, there are numerous incredible works from which to choose. Billy Elliott is a wonderful piece, directed and choreographed by the incomparable Donna Feore and starring Nolan Dubuc as Billy. There will be many moments of laughs and tears in this fulfilling production.

But don’t count out Little Shop of Horrors. This quirky cult classic is backed by some serious star power, including the always awesome Dan Chameroy as the Dentist, a character made famous by Steve Martin in the 1986 movie. Gabi Epstein’s portrayal of Audrey is something special. Of course, the Bard is also well-represented with a modern take on Othello as well as Henry VIII and The Merry Wives of Windsor.

Pro tip: Stay for the weekend at  a bed and breakfast such as the Queen and Albert, a renovated old butcher shop, and be sure to check out Red Rabbit for dinner and Revel for coffee.

The Shaw Festival has the decided advantage of its Niagara-on-the-Lake location, a short drive out of Toronto, down the QEW and into wine country.

Like Stratford, it is home to three theatres, this season is offering works such as the musical Brigadoon, set in Scotland, as well as Ladykillers, starring the talented duo of Damien Atkins and Chick Reid.

Pro tip: Grab a place at the 18-seat chef’s bar inside Backhouse restaurant and get ready for a serious culinary adventure from one of the best restaurants in the country.

Blyth Festival is certainly one of the best-known summer theatre destinations outside of the big two — Stratford and Shaw.

Blyth has a history of celebrating its rural roots on the stage, which is a good thing.  This season, one of the works getting a lot of attention is Sean Dixon’s Jumbo.

Anyone who has spent some time in southwestern Ontario is familiar with the giant Jumbo statue in the town of St. Thomas and the story of the time P. T. Barnum brought his Greatest Show on Earth through the area, only to have his superstar elephant drop dead right there in town. The new play dramatizes the tragic incident.

Looking for a show that celebrates rural living, while also sending it up for a few good laughs? Try The Team on the Hill from the very funny Dan Needles, who also penned the hilarious Wingfield series.

Pro tip: The town of Blyth is also home to Cowbell Brewing, one of the best craft brewers in southern Ontario.

Port Dover’s Lighthouse Festival Theatre continues to offer a full slate of summer favourites with a wide enough selection to appeal to pretty much everyone.

Lunenberg is a warm-hearted comedy opening on Aug. 21. It’s the story of a woman’s trip to Nova Scotia to visit a house she inherited, while accompanied by her close friend.

Pro tip: The north shore of Lake Erie has blossomed into something of a destination for wine lovers. Burning Kiln Winery is just one of many worth a visit.