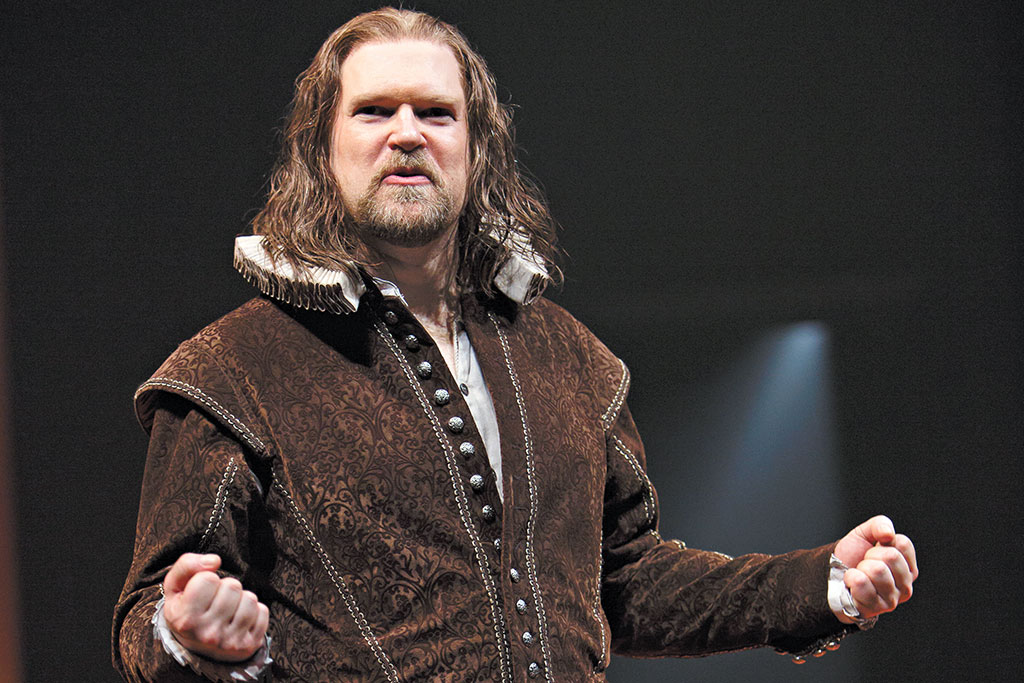 Ben Carlson is a recognizable name to many who have attended the Stratford Festival or Shaw Festival within the past 20 years or so. Carlson has played everything from the title role in Hamlet to Captain von Trapp in The Sound of Music, although he says that acting wasn’t always his plan from the start.

Carlson was pursuing a music degree at McGill University  when he realized he wanted to study theatre instead. So Carlson switched into the theatre program at George Brown College.

“I remember there was this older actor named Tony Van Bridge who made a statement when he retired that really stuck with me. He said, ‘Nobody chooses this business. This business chooses you,’” Carlson says. “And there’s truth in that. It’s a weird business that way. It’s kind of an odd calling.”

After Carlson graduated from college, he says he was “incredibly blessed” with getting job after job. The longest he went without a job was three months, which is a rarity for actors. A couple of years into getting jobs here and there, Carlson auditioned for the Shaw Festival.

“When I did that audition, I thought it went terribly. As it turned out, I had made a huge impression on them,” he says.

Carlson got a job there and stayed for 12 years.

“That ensured a number of things: that I had a lot of work, that I got to do long rehearsals on plays and that I got to work with very good directors and very good actors for long periods of time. So I got a really good sort of nurturing early on, and that helped me a lot.”

Ben Carlson says it’s not always the norm to stay in one place for so long in acting, and that it can be a double-edged sword.

Luckily, Carlson has had no shortage of challenging roles. He mentions playing the title role in Hamlet twice, once in Stratford and once in Chicago, John Tanner in Shaw Festival’s Man and Superman, and the title role in Macbeth in the Bard on the Beach Shakespeare Festival as some of his favourites. Carlson has also worked in film and TV before, most notably in On the Basis of Sex, Reign, Rookie Blue, Slings and Arrows and Murdoch Mysteries, but theatre remains his focus.

Most recently, Carlson played George Banks in the Grand’s production of Mary Poppins alongside his wife, Deborah Hay. They’ve acted together before, in what he says was a controversial and rewarding production of The Taming of the Shrew in Stratford.

“Together we played Petruchio and Kate, and that’s a heck of a thing to do. But I was just so proud of what we came up with and getting to work with her and getting to do stuff with her every day.”

Carlson won a Canadian Screen Award for the filmed version of that performance in 2017.

Carlson now has a bit of time off before he begins to rehearse for his role of Lord Hastings in Richard III and King of France in All’s Well That Ends Well. The productions open May 30 and June 11, respectively. This year marks Carlson’s 12th season at the Stratford Festival.