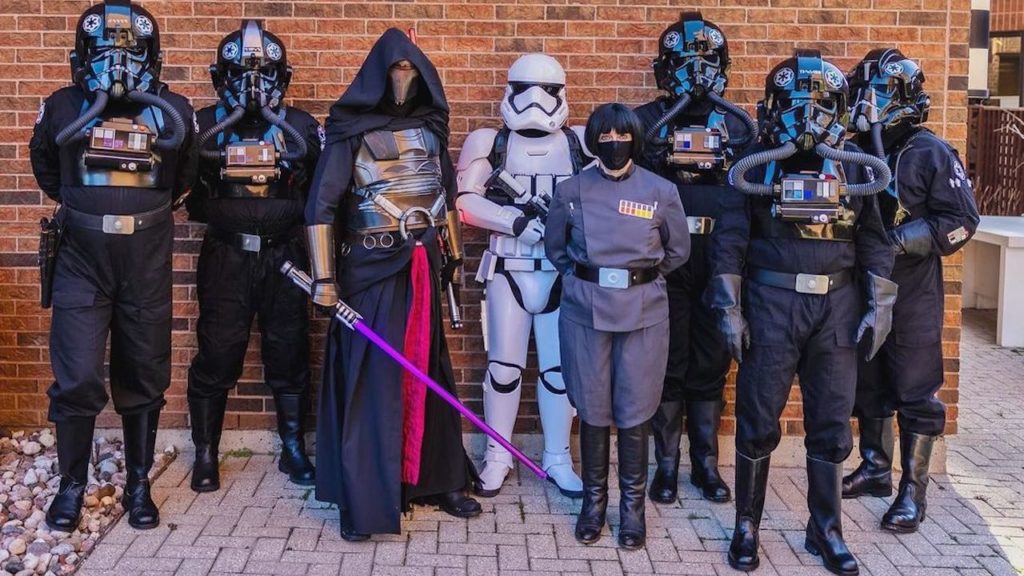 In a galaxy far, far away – well, make that Toronto in 2011 actually – a special day for all things Star Wars came to life.

With humble beginnings at the Underground Theatre as a costume contest and trivia night, May the Fourth (or Star Wars Day) was officially born.

Now it’s a global celebration for fun-lovers and fans of George Lucas’ galactic anthology everywhere. From the International Space Station to Disneyland and countless places in-between, this quirky salute to Star Wars is here to stay.

So, without further ado, let’s take a look at eight out-of-this-world ways you can celebrate this year too.


Get your geek on and show off all your Star Wars knowledge at midtown T.O.’s beloved Snakes and Lattes, where an annual trivia night dedicated to the film series is always a hit.

Grab your tickets for this May 4th event which starts at 7 pm and offers Star Wars-inspired drinks, prizes, and tons of fun. Come early, grab a bite to eat, and play a round or two of your favourite board game beforehand.

Head over to Cat on Q for a night of hilarity and good fun – all with a Star Wars twist.

Featuring Jon Blair from This Hour Has 22 Minutes, a lineup of talented comedians, and 420-inspired giveaways by Canadian company, Likkamore, you’ll definitely be in for some gut-splitting laughs.


Summon your inner child and book a time slot at North York’s Archer’s Arena for an epic lightsaber battle with your friends.

That’s right – we’re talking about actually battling with lightsabers just like the movies. How fun is that?

With training included, you can choose one, two or three hours of action-packed Saber Wars and even throw in a Nerf war too.


In honour of May the Fourth, Hemingway’s in Yorkville is once again hosting a trivia night dedicated to the first six films.

Offering specialty-themed drinks and prizes, you’ll want to bring some friends, grab a drink or two and brush up on all those random movie facts you have rattling around your head.

Be there or be square –trivia starts at 7 p.m.

May The Fourth – Ride of the Rebel Pilots


Throw on your best X-Wing Fighter outfit, hop on your bike and head over to Christie Pits for a movie-inspired bike ride to remember. Look to the 501st Legion Canadian Garrison for inspiration!

Fly through the streets of Toronto with your fellow Rebel Alliance bike team and raise money for Indspire  – an Indigenous National Charity that invests in educational opportunities for First Nations, Métis and Inuit communities.

Featuring a lineup of local comedy talent, an electrifying after-party with a live DJ, and retro arcade games, what better way to celebrate May the Fourth than Freeplay’s Star Wars-themed stand-up comedy event?

The first show starts at 8 p.m., followed by a late show at midnight.


Thinking of May the Fourth and beyond? Now’s the time to book your concert tickets for the ever-popular Toronto Symphony Orchestra’s Star Wars: The Force Awakens.

With shows scheduled between October 6-8 at Roy Thompson Hall and conducted by Maestro Sarah Hicks, this concert will take you on a galactic journey through the realm of George Lucas’ masterpiece.


For all you superfans, you’ll want to look ahead to the Star Wars Collectors Expo happening on June 26.

With special guest Dickey Beer (Boba Fett stuntman from Star Wars: Episode VI Return of the Jedi), and a slew of exhibitors and special merchandisers, you’ll be able to find all of your favourite Star Wars paraphernalia in one place!

As Yoda famously said, “Pass on what you have learned.”  About Star Wars Day, that is! Grab your friends, book your tickets now and May the Fourth be with you.