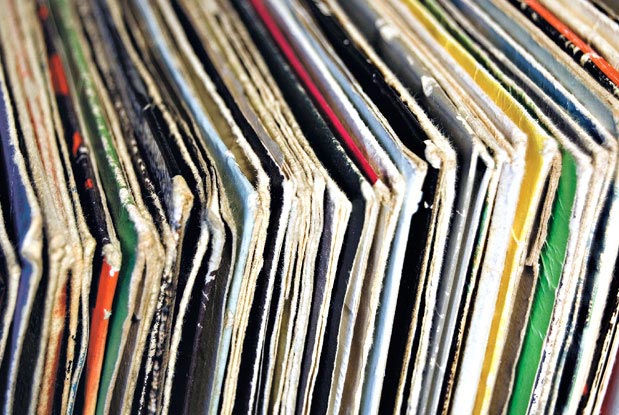 Toronto has a lot to be concerned about these days — from Mayor Rob Ford’s continued antics to the failings of almost every professional sports franchise the city has to offer. But the local music scene has always been a source of pride. So with summer right around the corner, we are celebrating the contributions of local musicians to the city.

From the Yorkville scene — which launched artists such as Joni Mitchell and Gordon Lightfoot — all the way to the legendary musical collective Broken Social Scene, Toronto has always been ahead of the curve.

This month, Alan Cross, “professional music geek” and newly minted member of the city’s latest radio station, Indie88, separates the players from the pretenders as he names Toronto’s 20 best bands of all time.

How awesome is it that the group that essentially invented Americana roots-rock is from Canada? Well, 80 per cent of them were, with the lone Yank being drummer Levon Helm. If you’ve never seen the Scorsese concert film The Last Waltz, then you have some homework to do.

After years of whining and complaining from the fan base, Rush finally made it into the Rock and Roll Hall of Fame this year. The band has been touring steadily for the last couple of years, making more money than they ever dreamed. Take some time to touch your inner nerd by listening to 2112 and Moving Pictures back-to-back.

How many members in Broken Social Scene? No one knows. But everyone can agree that they’re revered as indie gods throughout North America (and parts of Europe). Alumni include Feist, people from Stars and the Dears and a few other bands. All their records have been excellent, but if I had to pick one, I’d go with 2005’s self-titled album.

Rolling Stone magazine once started a review of a Blue Rodeo’s Outskirts album with the sentence “The best new band in America is from Canada.” Although they never enjoyed a platinum-sized breakthrough in the U.S. — what’s wrong with those people? — they’ve carved out a very good living working mostly in Canada.

Although Metric was founded in Toronto in 1998, the band has also based themselves out of London, New York and Los Angeles. Metric is about as indie as they get, running their entire little empire and record label themselves. If you’re new, start with Fantasies.

A lot of people came to know Max Webster through Rush, who had them open for a number of tours in the ’70s and early ’80s. My favourite record remains High Class in Borrowed Shoes (1977), but there’s a lot to be said for Universal Juveniles (1980).

How could a goofy novelty busker band end up as an internationally successful platinum-selling act? Hard work, smart management and a good attitude, really. And how much do they make every time the theme from The Big Bang Theory gets played? Probably “a lot.”

It’s very possible that the 7-inch of “Screaming Fist” (1977) was the first-ever Canadian punk record. Singer Steve Leckie once told me a story of how they financed a trip to CBGB in New York by robbing gas stations along the way. I don’t know if that’s true, but I hope it is.

I once asked lead singer Damian “Pink Eyes” Abraham why they chose such a radio-unfriendly name. He replied, “We never thought we’d amount to anything!” Two Polaris Music Prize nominations (and one win) later, and Damian is still confused by it all.

This is Canada’s other power trio from the ’70s and ’80s who weren’t so shabby in the gold and platinum department (18 gold records and nine platinum in both Canada and the U.S.). The big record was Allied Forces (1981), but I’m still a fan of Rock & Roll Machine (1977).

They’ll forever be remembered as the band that recorded a multi-platinum record for less than $150. Almost all of The Trinity Session came together with a DAT machine and a single overhead microphone, using the natural acoustics of the Church of the Holy Trinity in the fall of 1987.

All hail Canada’s version of Chicago (the band, not the city), with their big horn section, string instruments and vibraphone. Their rock/jazz/classical fusion was all over the radio in the ’70s, and records like One Fine Morning (1971) and Sunny Days (1972) helped them net a string of Juno Awards.

When the Dream Warriors first emerged in 1988, there was barely any kind of a rap/hip hop scene in Canada. Albums like And Now the Legacy Begins (1991) helped change that forever.

Fiercely indie and artsy, the Rheos benefited greatly from hanging out with the Tragically Hip. And with albums featuring songs inspired by everything from Wendel Clark to the Group of Seven, it doesn’t get much more Canadian than this. Begin with Melville (1991).

This is a prime example of a band that should have been huge but managed to snatch defeat from the jaws of victory. Shakespeare My Butt (1991) was a grand record — one of the best indie albums this country has ever seen, in fact.

After breaking up in 2006, there was a surprise  DFA reunion at SXSW in 2011, much to the delight of people who had turned this two-piece band’s legacy into a legend. You’re a Woman, I’m a Machine (2004) should be in your collection.

17. The Pursuit of Happiness

TPoH was something of a gateway drug for those who eventually got into the Queen Street West scene in the middle ’80s, thanks largely to the homemade video for the original recording of “I’m an Adult Now.” Love Junk turned them into a mainstream platinum act.

What began as a Police tribute band in 1981 evolved within a year into a new wave group and a string of hit singles. Singer Mark Holmes can be found at the Mod Club these days, and he occasionally plays reunion gigs with guitarist Sergio Galli.

When London, Ontario, proved to be too small for these Canadian punk pioneers, they moved to Toronto to record a 1979 EP entitled Talk’s Cheap. The single “New York City” became a cult classic and was eventually voted the greatest Canadian song ever by Chart magazine in a 1996 readers’ poll.