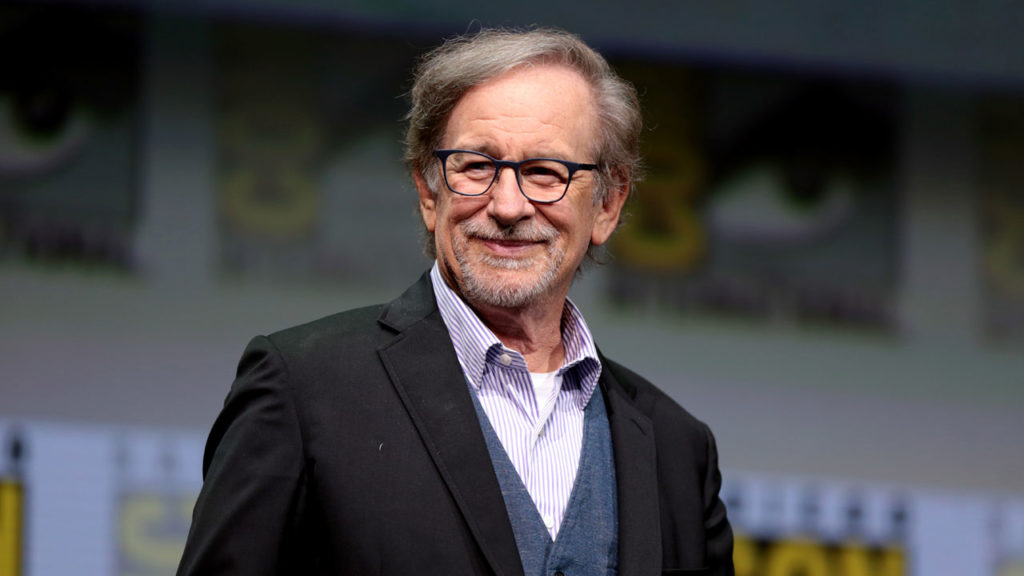 With a full slate of in-person screenings, red carpets and more, the Toronto International Film Festival is celebrating the return of real, or should we say reel, life from Sept. 8 to 18.

Here’s a look at 10 real deal movies at this year’s fest.

1. Steven Spielberg has made personal films before but none are as intimate as The Fabelmans. In the film, the teenage Sammy Fabelman (Gabriel LaBelle) finds the power of movies and storytelling helps him deal with a family crisis. Spielberg’s youngest sister, Nancy, says the film is loosely based on their childhood but thinks the messaging is universal. “There is so much authenticity woven throughout,” she told the Jerusalem Post, “that it had me yearning for our parents and yearning for our childhood with big fat hot tears rolling down my cheeks. My parents are looking down at their four children and kvelling.”

2. The larger-than-life Spanish artist Salvador Dalí gets the big screen treatment in Dalíland, the closing night film of this year’s Toronto International Film Festival. Set in 1973, the film sees Ben Kingsley play the mercurial artist as his marriage to his muse Gala (Barbara Sukowa) begins to show its wear and tear. Director Mary Harron, whose husband John Walsh wrote the script, says the film is bittersweet but adds, “There’s a lot of comedy in it.”

3. The National Film Board of Canada says of Ever Deadly that it is a documentary look at Polaris Prize–winning musician Tanya Tagaq’s “transformation of sound with an eye to colonial fallout, natural f reedom and Canadian history.”To bring that to life, Tagaq who co-directed the documentary with filmmaker Chelsea McMullan, employs a mix of concert footage, excerpts from her novel Split Tooth, interviews that explore stories of pain and jubilation and illustrations and animation by Inuk artist Shuvinai Ashoona. “Ever Deadly is meant to be an experience, to flood over you and take you on a journey guided by a live performance for the ages,” says McMullan.

4. “I Like Movies is based on my experiences working at a Blockbuster Video in Burlington, Ontario, in the early 2000s,” says Toronto writer/director Chandler Levack. It’s the story of how movie obsessive Lawrence Kweller (Isaiah Lehtinen) allows his love of film, dream of attending New York University’s Tisch School of the Arts and anxiety to alienate the most important people in his life. The Toronto-based Levack, who studied cinema at the University of Toronto and screenwriting at the Canadian Film Centre, is thrilled to be part of TIFF this year. “It is no exaggeration when I say premiering my first feature at TIFF 22 is the single greatest achievement of my life.”

5. Moonage Daydream promises a look into legendary artist David Bowie’s sound and vision like no other. It is an immersive look at the life and career of the legendary artist, which features previously unreleased footage from Bowie’s personal archives and is the first film to be officially authorized by the musician’s estate. A career as long and complex as Bowie’s can’t possibly be contained in a traditional doc, so Brent Morgen’s sensory approach is ideal to capture Bowie’s enigmatic magic.

6. At age 15, Cea Sunrise Person was working as a high-fashion model in Manhattan and Paris. North of Normal, the new film from director Carly Stone, tells the story of Person’s unconventional childhood with hippie mother Michelle, played by Sarah Gadon, and her journey f rom the wilderness of Alberta and British Columbia to the runways of the fashion world. “Cea’s memoir was gripping,” Gadon told Deadline, “and I knew Carly Stone was the perfect director to bring her story to the screen.”

7. Set against a background of wartorn Syria, The Swimmers, directed by Sally El Hosaini, tells the incredible and true story of Yusra and Sara Mardini, sisters who fled Damascus to find a new life and a chance at competing in the Olympics. The harrowing story of survival, which includes a dangerous voyage in a small boat packed with refugees across the Mediterranean Sea, was described by Cameron Bailey as “an exciting, epic journey and the arrival of an important filmmaker.”

8. Weird Al Yankovic has devoted his life’s work to parody, but the movie about his life is deadly serious. Not. Star Daniel Radcliffe jokingly says Weird: The Al Yankovic Story will feature, “the absolutely 100 per cent unassailably true story of Weird Al’s depraved and scandalous life.” With a script co-written by Yankovic himself, the biopic promises fun above all else. “When my last movie ‘UHF’ came out in 1989,” the Grammy-winning Yankovic said, “I made a solemn vow to my fans that I would release a major motion picture every 33 years, like clockwork. I’m very happy to say we’re on schedule.”

9. The epic The Woman King stars Academy Award winner Viola Davis as General Nanisca, of the Agojie, the all-female group of warriors who protect the West African kingdom of Dahomey. A 19th century tale of struggle and freedom, the movie essays heroism and the power of female alliances through interesting characters and spectacular action sequences as the Agojie battle against the Oyo and the Portuguese slave traders. The grueling preparation, Davis said, included, “weight training, sprinting, martial arts, and weaponry training for the machete.”

10. An all-star cast, Frances McDormand, Claire Foy, Rooney Mara, and Jessie Buckley, headline Sarah Polley’s latest directorial effort Women Talking. The film is based on a 2018 Miriam Toews novel of the same name, which was inspired by real-life sexual abuse that occurred at the ultraconservative Mennonite community Manitoba Colony in eastern lowlands of Bolivia. Social context themes of justice, autonomy and unanimity among victims collide in a movie that star Foy says is, “not like any other film anyone has made before.”