The Music Issue: Hayden - Streets Of Toronto
Skip to content 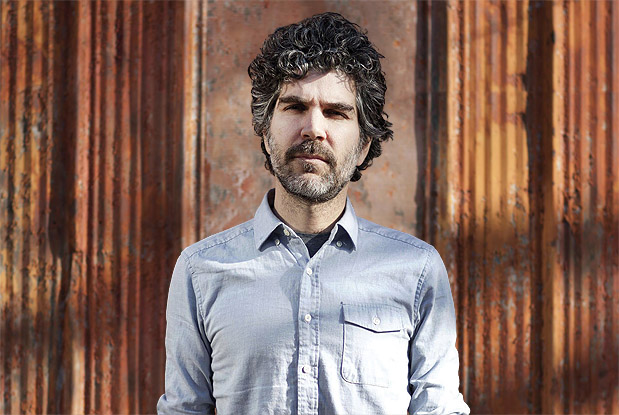 Paul Hayden Desser is not dead. Far from it, actually. For two decades, the Thornhill native (better known simply as Hayden) has managed to slip in and out of music’s limelight.

He stopped touring in 2008, and after quietly releasing The Place Where We Lived in 2009, he declined all interviews and then practically fell off the radar. He was even declared deceased at one point, and by Wikipedia, no less. But now, our king of folk-rock is back.

No one is sure what it was that wrested Hayden from his hiding, although one could argue that life got in the way — not long ago the 42-year-old singer-songwriter became a father to a little girl. But his once-starved fans should now be satisfied — this past February Hayden released his hotly anticipated seventh full-length Us Alone.

And this time, he’s doing things a little differently.

For one, the majority of Us Alone was written at his home in Toronto and chronicles Hayden’s life and career. Warm, pensive, nostalgic and, at times, eerily dark, his latest album is a testament to the fact that Hayden has been contemplating heavy themes in the vein of a Leonard Cohen or Neil Young. Take “Instructions,” for instance, a track through which he instructs someone (who, exactly, is anyone’s guess) on how to dispose of his body once he’s dead, or “Almost Everything,” a throwback to his days playing small bars as a fledgling musician.

Of those eight tracks, Hayden says, “They're usually a mixture of storytelling, creative writing and elements of my life … things that are going on … that’s kind of generally my subject matter.”

Then, of course, there’s the whole record label change up. Whereas previous albums were released via Universal Music and his own Hardwood Records, this time, Hayden signed with Toronto-based mainstay label Arts & Crafts. The man is now in good company, joining the likes of Broken Social Scene, Feist, Bloc Party, Stars, Zeus, Cold Specks and countless other heavyweight bands.

The timing could not have been better, as this year also happens to mark a decade since Arts & Crafts’ inception, and the label is celebrating with a smorgasbord of events, the biggest being this month’s Field Trip music festival, which features top performers from the A & C roster at Fort York, where Hayden is one of a slew of top headliners.

Even the recording process itself had the singer-songwriter charting unknown territory and flirting with different instruments.

“I think of myself as a part-time musician. Not like a serious player … you know, maybe I’m more of a songwriter in my mind,” he says before laughing. “I’m not like a studio-type musician.… I just feel that, when I add instruments to my recordings, I’m doing a very specific thing or my own thing.”

So it comes as no surprise that, when laying down the tracks, he strayed from the typical acoustic-based songs we’ve grown accustomed to and instead decided to tickle the ivories.

“There’s actually only one song with acoustic guitar on it. It’s not so much experimentation — that’s another strange way that I work,” he says of the new record, on which he played almost every instrument, including guitar and piano.

Years ago, back when he was growing up in Thornhill, Hayden remembers his first and only street hockey game, played with fellow 905er Jian Ghomeshi, host of CBC radio’s Q and who grew up only about a block away from Desser’s.

“I was never a sports person at all, and my recollection of street hockey was one game that I ever got involved with, and I do believe he was there," Hayden recalls. “It was the quintessential moment of a bunch of people between eight years old and 12 years old, and there’s two captains, and they’re both picking teams — and it’s that moment where no one picked me. So the final captain had to pick me because I’m not athletically inclined. I think Jian was picked a lot earlier than I was. Or maybe he was even one of the captains!”

As for being back on the road, Hayden says that could be fleeting.

“I’m just one of those people where too much of anything gets irritating. It’s still fresh and we’re still having a lot of fun with it, but even in the best scenario, for me, probably months from now, I’ll be desperate to record and start writing again.”