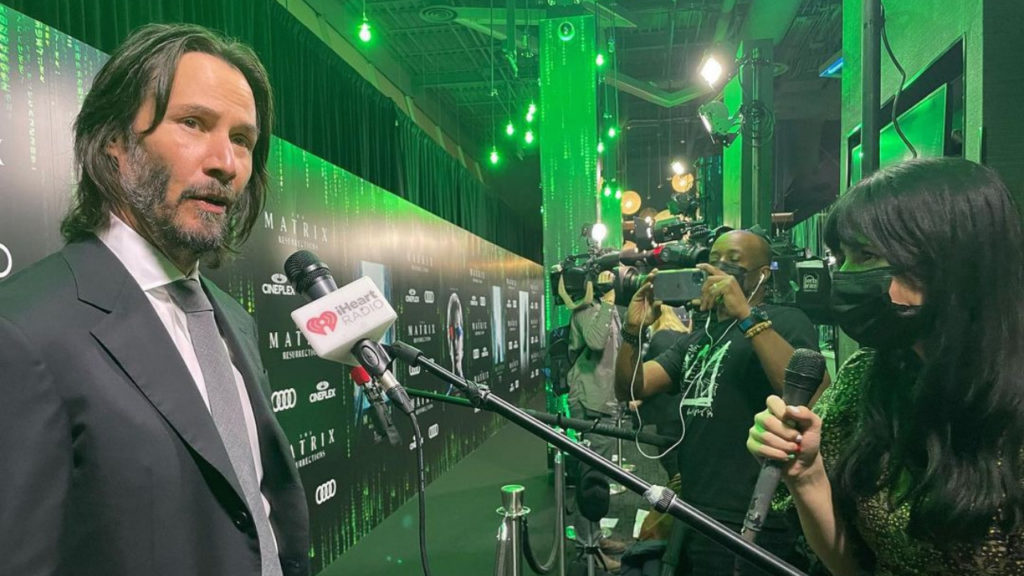 Though he is one of the most famous international action stars of the last thirty years, Keanu Reeves hasn’t forgotten his hometown roots. Having grown up in Toronto, Reeves returned to be inducted into Canada’s Walk of Fame, while also attending the premiere of The Matrix Resurrections at the Scotiabank Theatre on Dec. 17. During his induction speech, Reeves mentioned countless of his childhood Toronto haunts, reminiscing on fond memories and formative experiences.

“I would not be here if not for where I came from,” he shared in his speech, making Torontonians all over the city swoon.

His speech was a complete ode to Toronto, from the good (the Toronto Reference Library) to the bad (the TTC). If you’re interested in taking a Keanu-themed tour of Toronto, through his eyes, here are all the places he shouts out in his speech, plus a few more fun pieces of Keanu trivia.

While growing up in Yorkville, this is the street on which Reeves’ family lived.

This was Keanu’s elementary school from kindergarten to Grade 8,

Reeves mentions these parks where he and his friends used to go.

Reeves mentioned watching this luxury hotel being built during his childhood.

This is the first high school Reeves attended, while his friends predominantly went to Northern Secondary School and Jarvis Collegiate Institute.

Even Canada’s resident home hardware chain got an honourable mention from Reeves. “For supplies, hockey equipment, wheels and axles for the go-carts,” he noted in his speech.

Etobicoke School of the Arts

At ESA, where Reeves moved to in Grade 11 after auditioning, he made his initial strides in order to more formally pursue his acting career.

Eric Nesterenko. Keanu Reeves as a 13 year old used to deliver the Toronto Star to our house in downtown Toronto. Really nice kid. Played hockey where I coached and he work with us a few summers as he got into his later teens. Loved hockey but loved acting more. pic.twitter.com/kDTUepC8H8

This Avenue Road high school is where Reeves was the goalie for the school’s senior boys’ hockey team, earning the nickname “The Wall” and also the season’s MVP award.

This high school allowed Reeves to both be enrolled in school while also taking on more roles during the year.

Keanu Reeves famously worked at this former Italian restaurant on Yonge Street before kicking off his acting career officially.

Reeves credits this library as where he was able to foster his love of the arts.

“I rode a lot of buses and streetcars,” Reeves mentions in his speech, which is exactly how any of us would describe our experience with Toronto transit without being too negative.

There are numerous theatres in Toronto that evidently left a strong impression on Reeves, including the now closed University Theatre and the Eglinton Grand.

The first professional play in which Reeves acted, Brad Fraser’s Wolfboy, was performed here in 1984.

It was this North York theatre where Reeves played Mercutio in a 1985 production of Romeo and Juliet.

When he first arrived in Hollywood, Reeves’ manager asked him to change his name. What did he suggest? Chuck Spadina.