How Letterkenny's K. Trevor Wilson met his wife through standup
Skip to content 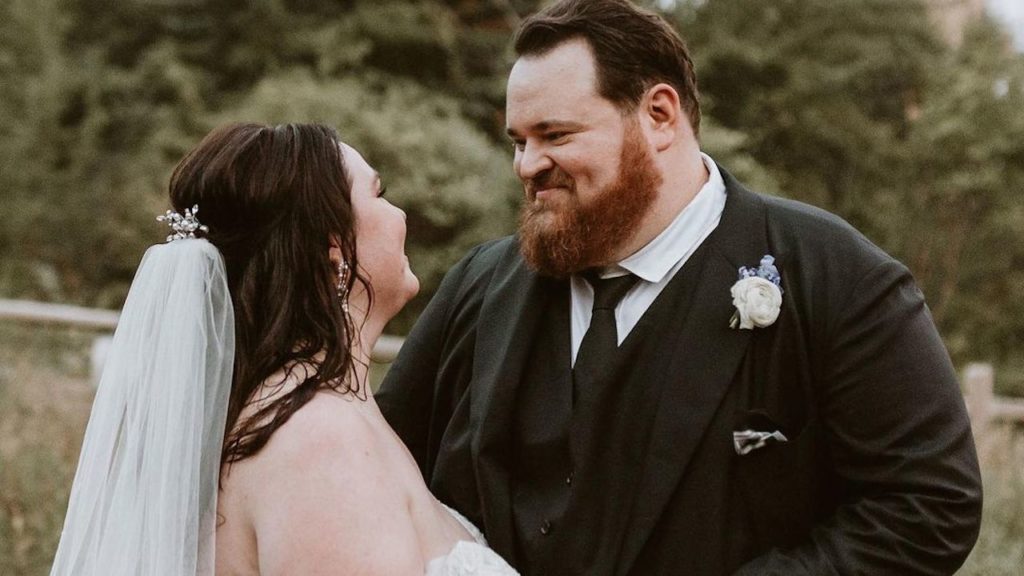 K. Trevor Wilson has been doing standup comedy for over a decade, appearing in the Just For Laughs Festival in Montreal, JFL42, Jimmy Kimmel Live and even his own comedy special on The Comedy Network. His work earned him a spot as a judge on 2021’s Roast Battle Canada alongside comedy heavyweights Russell Peters and Sabrina Jalees — but even with this laundry list of accomplishments, it might still be his breakout role on Letterkenny that he’s most known for. Playing the lovable Squirrely Dan, Wilson plays up the contrast between the character’s small-town Canada exterior and at times philosophical and progressive interior perfectly, and he even received a Canadian Screen Awards nomination for Best Supporting Actor in a Comedy Series in 2018. Now, with the show’s 11th season having just premiered on Dec. 25, we caught up with Wilson to hear the story of how his standup led him to his wife, Maresa.

My joke in my act is that she stalked me on the Internet, a description my wife doesn’t fully agree with. The full story is she saw me open for my buddy Ron Funches at JFL42 and thought I was cute and seemed cool, so she started following me on all my socials. She actually sent me a bunch of DMs [direct messages] I didn’t see until we were together because I didn’t know how Instagram worked. One day I went on the ’gram, and saw that this pretty girl had spam liked all my photos, so I checked out her profile. I thought she was pretty cool, so I followed her back, and then she added me on Facebook, and we started talking; she asked me out; and the rest is history.


Our first date was Oct. 16, 2016. We met for drinks at the Crown & Dragon Pub on Yonge. We had some drinks and chicken wings and talked.

After a month we were an official couple. I accidentally told her I loved her on the third date, when I was putting her in an Uber. We clicked, we got along with each other’s families and friends. It was really easy. We were both at a time in our lives when we were ready for a relationship.

We were at Disney World in Florida, and I’d asked for her parents’ blessing the week before. I knew she was going to say yes because she had picked out the ring. I had strict instructions not to propose in front of a crowd, so after a dinner at the Yacht Club resort, we walked around the boardwalk and found a gazebo, and when we were alone, I popped the question.


We were married last August in Toronto at the Pop-up Chapel at the Evergreen Brick Works. It was small and intimate, only 20 people allowed. Ceremony and reception was one hour altogether. We took our honeymoon this year in Maui.

We work together:  she helps me run my career and write my material, so in a way we have a business together.

We both love baking, we play a lot of video games together, and we love comedy and Disney.

We’ve always been very clear about our expectations as a couple: what we can tolerate and what we can’t. We have open, honest discussions and have promised each other to always give each other the benefit of the doubt.

I hope it will be very similar to what it is now. We have bought a house together and are hoping to expand our family, but we have struck a very reasonable balance between work and personal life. We want to travel more, which my standup allows us to do. We are also working on some projects together. Maybe in a few years we will look into finding our dream home. She’s my best friend and the love of my life, so as long as I’m with her, I’ll be right where I want to be.