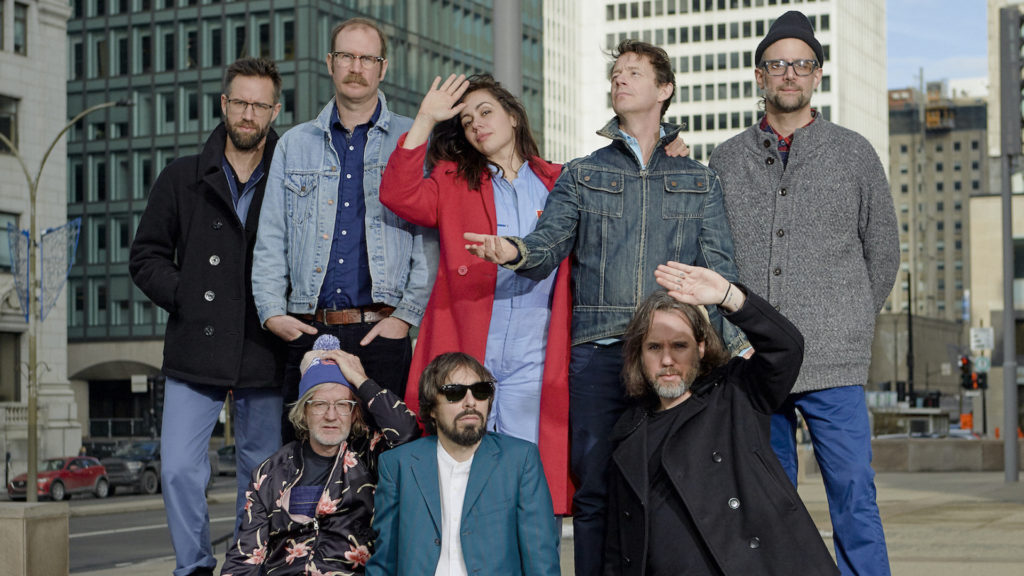 Fabulous Toronto band Broken Social Scene helped define a musical generation, and it is back for more. The indie rock band helped make the city the centre of the musical universe when it burst onto the, ahem, scene back in the very early 2000s.

Helmed by Kevin Drew and Brendan Canning, the band was, and remains, infamous for its large lineup, featuring some of Toronto’s best, such as Leslie Feist, Emily Haines of Metric, Jason Collett, Amy Milan of Stars, and many more. After 20 years, the band is set to play Massey Hall for the first (and second) time on April 20 and 21 in support of Broken Social Scene’s latest album Old Dead Young. These shows will be epic and are not to be missed.

As a long-time resident of the city’s west end, we asked Canning to give us his five favourite Toronto places. This is his “pandemic version.”

Throughout the pandemic there became less and less things I could set my watch to. Walking into Global, having a bitch session with Manny, and then having him pick out some nice cheese for me became part of my mental health regimen. Cross the street to Blackbird Bakery Co. and the mission was complete, and when I got home I could enjoy the simple things in life: bread and cheese.

After two-and-a-half years of not playing a gig and walking into this familiar room a few weeks back felt as natural and normal as it ever did in the before times. This bar boasts absolutely nothing fancy.
It’s a square box, that’s it. I’ve seen loads of shows and will hopefully continue to do so in the coming years. No bullshit. A small bar where bands play and folks get their drink on. Simple.

I like to buy the occasional nice article of clothing for myself and the purveyors of this fine shop have always done me right over the years. Throughout the pandemic (yes, I know I keep saying it) it was a consistently relaxed atmosphere where I could try on some clothes and dream of being able to wear them to any type of function that may happen one day when we’re all “safe.” Or, I could just hang out there and buy nothing and hang out with my pals. Either way, I’m glad they’re around. Park & Province ain’t a bad bet either ya know? Real cool folks across from Trinity Bellwoods Park.

Having a soccer stadium be a 10-minute bike ride from your front doorstep has been a godsend for me. I love soccer. Always have, always will. I’ve been there on the good days and the not-as-good days but never take it for granted. Watching grown men kick a ball around is a zen activity for me. It’s not for everyone I get that, but we all have our passions. Life outside those football grounds ceases to exist when a match is on and that is very important to my well-being. I’m sure at some point I’ll get plucked out of the stands and be ordered to suit up since my goal-scoring prowess is the stuff of legends. Ask around.

Specifically, it’s the trails at (Evergreen) Brickworks where Herbie Hancock Jr. (the chihuahua) and I have been going for walks since his arrival in August of 2019. These past few Toronto winters have been no joke. Let’s face it, some brutal f—–g days. When it comes time to shed the layers, the brickwork nature paths really soothe the soul and help you forget you’re living in a very busy and noisy city. Cue the cranes.
BACK TO HOME