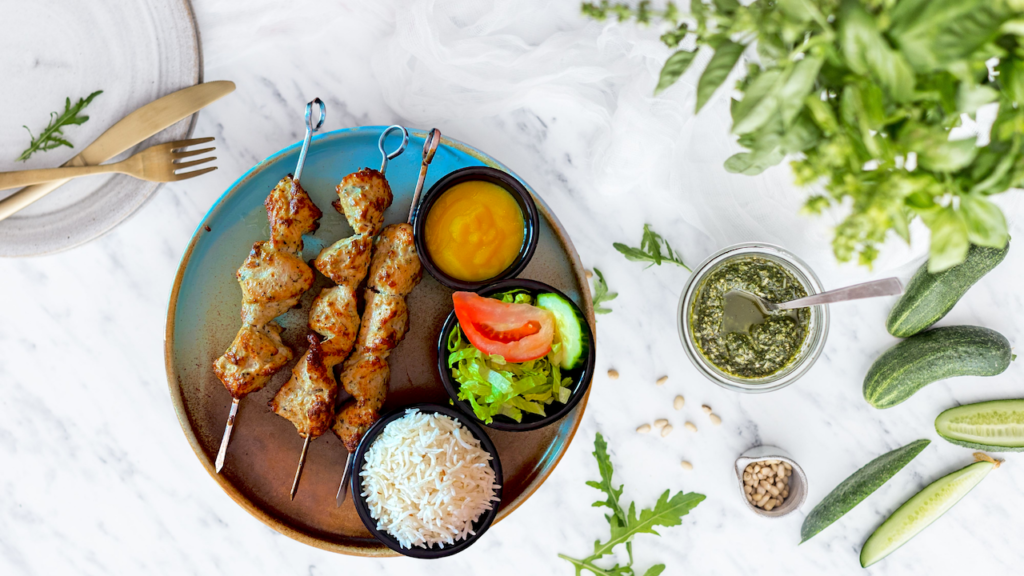 Charcoal Biryani is the latest restaurant to be added to restaurateur Hemant Bhagwani’s long list of successful eateries, including Popa, Amaya, and Egg Bird. But, the new concept was actually inspired by the recent challenges and the constant changes happening in the industry, including staffing shortages and broken supply chains.

“It’s becoming very hard to be in the business,” says Bhagwani.

Luckily, he had a solution which was to source everything locally. “I think that’s the only way going forward. And that’s where it started to change for me when I was doing this concept—that it’s easier and much more flavourful.”

Charcoal Biryani, according to Bhagwani, is Toronto’s first “Turkish-Indian crossover.” He calls it a “good marriage,” with India already having a heavy influence on Turkish and Persian cooking.

Located at 1595 Bayview Ave., Charcoal Biryani operates out of the same space that Bhagwani’s ghost kitchen, Bombay Snack Bar, occupies. It will still operate as the third-party delivery and pick-up location for Bombay Snack Bar. “But, I wanted to bring in a seating with a different style, having charcoal out there and doing our hotpot rice on it and kebab on it,” he says.

Charcoal Biryani will have 30 to 35 seats indoors, with an additional 16 tables for diners to enjoy their kebobs al fresco on the heated patio. Menu highlights include the Turkish kebab rolls with chili sauce, served with fries. and the biryani, which, Bhagwani says, is where the Turkish-Indian crossover takes place.

“It takes about three hours to cook biryani on charcoal. So, it’s very slow cooking.”

With four types on the menu, including a vegetarian option, the biryani is served with spicy salsa, cucumber raita and a Turkish salad. Additional Indian dishes include the butter chicken curry and smoked saag paneer, each served with rice, raita and mixed pickle.

Charcoal Biryani will host its grand opening this Thursday, June 9, though the eatery is already open to the public.