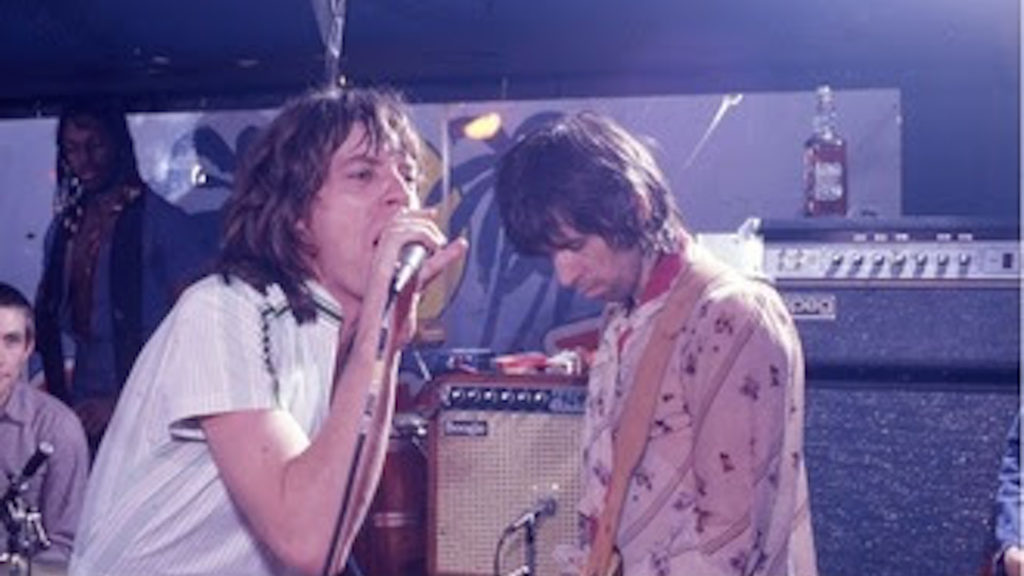 It was a cold winter’s day in March, 1977 when the news hit that a band dubbed the Cockroaches would take the El Mocambo stage for back-to-back shows. Opening for the band, a rock band by the name of April Wine. The shows were not announced and few people knew what was really going on. British band the Rolling Stones, already wildly famous, were set to record a live album at Toronto’s iconic El Mocambo.

The historic event is now an essential part of Toronto music lore. And it is one that will be celebrated this weekend as the El Mocambo teams up the TheMuseum’s exhibition The Rolling Stones | Unzipped this weekend, March 4-5 , for a special event featuring music performances from Stones cover band The Blushing Brides, original artwork by guitarist Ronnie Wood and artifacts from The Rolling Stones first 60 years.

In an article for the National Post, the El Mo’s former booker Dave “Blue” Bluestein described the subterfuge leading up to the historic event.

“We had natural cover,” he is quoted as saying in the article, “because if anything got out, we could say, ‘No, look, April Wine is playing. That’s the gig. It says so right here.’ Another band was added to the April Wine shows called ‘The Cockroaches,’ which was The Stones’ alias.”

Imagine if you will, what the passersby on Spadina Avenue might have been thinking when they heard a band that sounded an awful lot like the Rolling Stones were sound checking for the live recording in the afternoon.

Radio station CHUM-FM held a contest leading up to the event that would ensure the hundreds of fans in attendance were true Stones fans.

As local historians will note, it was at the same time, leading up to the shows, that guitarist Keith Richards was arrested in Toronto for cocaine possession. A charge for which he later received a suspended sentence. In addition, it was at one of these shows that Margaret Trudeau was spotted. A scandal emerged.

Both shows at the El Mocambo were recorded and some of the songs later became side three of the album Love You Live.

According to the website Setlist.fm, the setlist for the evening includes: Honky Tonk Woman, All Down the Line, Hand of Fate, Route 66, Fool to Cry, Crazy Mam, Mannish Boy (a Muddy Waters cover), Crackin’ Up (a Bo Diddley cover), Dance Little Sister, Around and Around (a Chuck Berry cover), Tumbling Dice, Happy, Hot Stuff, Star Star, Worried About You, Let’s Spend the Night Together, Worried Life Blues (a Big Maceo cover), It’s Only Rock ‘n’ Roll (but I Like It), Rip This Joint, Little Red Rooster (a Willie Dixon cover), Luxury, Brown Sugar, and Jumpin’ Jack Flash.

The Rolling Stones has a long history with the city of Toronto dating back to their first show in 1965. There were many preview shows held in the city leading up to the band’s world tours including at clubs such as the RPM and the Palais Royale. And, of course, the SARS benefit concert in 2003 in front of an estimated 450,000 people.

The Unzipped exhibition at the Kitchener-Waterloo museum features hundreds of original Stones artifacts and memorabilia, offering the most comprehensive and immersive insight into the band’s nearly sixty-year journey.