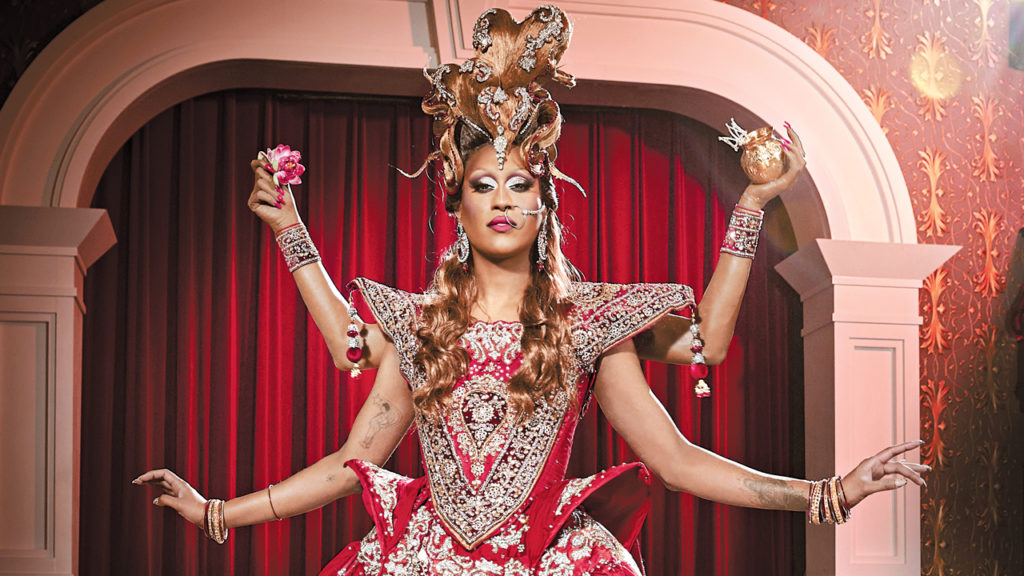 You would think that being crowned Canada’s first Drag Superstar after a 10-week cutthroat competition would be the moment Priyanka knew she had made it.

In 2020, the inaugural season of Canada’s Drag Race aired and quickly became the most-watched series on Crave and the best performing original series in the platform’s history.

Not only was she the first person of Indian descent to win in the franchise’s global history, but Whitby-born, Toronto-based Priyanka (the drag persona of Mark “Suki” Suknanan) has also gone on to smash doors and break barriers all while doing what she loves — entertaining.

In just the last year, the former YTV host has appeared on magazine covers, served as a brand ambassador, hosted a weekly podcast and completely immersed her stilettos in the music industry (she’s racked up over two million streams on Spotify alone).

But it wasn’t until she took the stage at the Canadian Country Music Association Awards (CCMAs) just a few weeks ago and opened the show singing three iconic words: “Let’s go Girls” that country music and Priyanka has never been the same again.

“This was the moment everyone realized I was famous,” she says. “I told myself, I don’t want to be nervous in this performance. I want Shania Twain to see this performance and be, like, ‘Damn, she did the damn thing.’”

And did the damn thing she did. Not only was it the first time Priyanka had ever sung live, but she made history yet again, co-hosting the awards ceremony alongside singer Lindsay Ell.

Oh, and there was also that congratulatory tweet from the Canadian country icon herself.
“I was in shock!” Priyanka says. “I tweeted back, ‘This performance is my love letter to you. Before any of us come out of the closet, we’re screaming, “Man! I Feel like a Woman!” at queer bars all over the world.’”

During the show, Priyanka performed an original song, “Country Queen,” a departure from the pop-infused ditties featured on her debut EP, Taste Test, released earlier this year. An EP that just so happened to reach number five on the iTunes chart.

“It was one of the highlights of the night,” she recalls. “It was shocking for the audience and the world because I got to bring drag elements to the CCMAs and show that Priyanka is not only a great musician but also a great entertainer.”

The transition from children’s television host to drag queen extraordinaire might seem like a stretch for some, but for Priyanka, it was a natural evolution.

When a drag queen by the name of Ecstasy Love performed at her 26th birthday in 2017 and suggested she try drag, something clicked.

“It was really a godmother moment. I was feeling unfulfilled at work and wanted to be doing something more creative as an artist, so I thought, ‘Let me just try it.’ I auditioned for [drag bar] Crews & Tangos, and that’s how it all began.”

Children’s host by day, drag queen by night, Priyanka continued to work both jobs simultaneously for the next three years.

“YTV was on eggshells because it was scary for them to have a host who is the face of the brand appearing at bars, dressed up as a woman performing to songs with swearing and about sex,” she says. “I remember having many stern conversations with my executive producer, Daniel, who is also a queer guy, and I just said, ‘Listen, there’s no reason why I can’t be a drag queen and a kids TV host. It’s 2017, like, get over it.’”

It was only when she learned she would be a contestant on Canada’s Drag Race, that she left YTV and said goodbye to the children who had been watching SpongeBob SquarePants with her over the last six years.

“It was so wild being the face of a national network. I was in the closet at the time, and I just cherish kids and I want to encourage them to not hide who they are because I had to do that growing up,” she says. “It’s nice to be a mentor and guide people and let people be unapologetic.”

With all of her musical success, Priyanka is hoping to release a full-length album that will incorporate country elements — live instruments and storytelling.

“I am such a mashup of things: I’m a brown person, I’m queer, I’m a drag queen and an ex–kids’ TV host. I want that to speak in my music, too, and include elements of all of the different genres.”