This Kids in the Hall star was working security when the T.O. comedy troupe landed historic TV gig - Streets Of Toronto
Skip to content 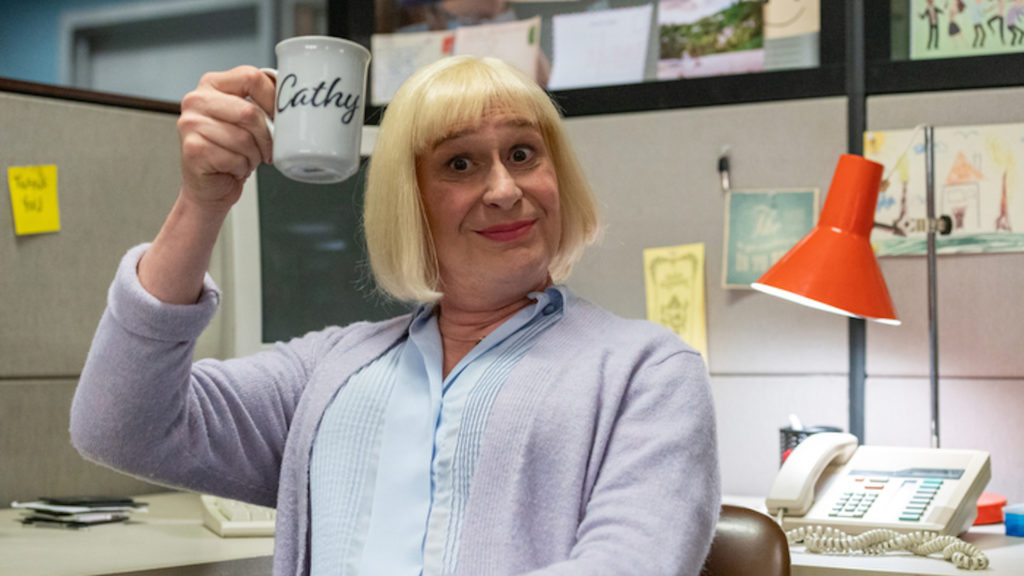 More than three decades ago, Dave Foley, Bruce McCulloch, Kevin McDonald, Mark McKinney, and Scott Thompson put together a Toronto sketch comedy troupe dubbed Kids in the Hall that would catch comedic fire with its unique brand of offbeat and outrageous skits. From its humble beginnings at the Rivoli, the KITH went about as far as any sketch comedy troupe, well, ever — a network TV show that ran from 1989 to 1995, a feature film, a miniseries, and we just want more. To that end, the Kids in the Hall are back and set to release a new season on Amazon Prime on May 13.

Streets of Toronto sat down with Scott Thompson and asked him, well, 22 questions about the Kids, Toronto, and his greatest fear.

What’s it been like, first of all, to get the Kids in the Hall back together?

Oh, it’s been wonderful. Absolutely. We were very lucky that we got it. We got together, that’s before COVID hit. So we had a couple of weeks in the writer’s room before all this madness hit.

Did you avoid the pandemic for a bit?

Yes, I really don’t know how it would have gone if we had started and COVID started at the same time. I think we would have done it, but I think it would have been more difficult. We kept hanging on to those two weeks of magic in the writer’s room, you know, for that first year, like, oh, man, remember when we were with people in a small room, and we were all touching each other, and making jokes. But it’s been wonderful. There’s nothing I enjoy more than making funny with them.

Did you fall back into that Kids in the Hall groove right away, or did it take time?

It doesn’t take much time, really. I haven’t seen them for two years, and then you dread it and you get there and you just fall into it. It’s maybe two minutes. And even as you’re falling, you’re like, Oh, God, I know exactly what’s gonna happen. Why am I doing this, but you really have no choice. Because funny is thicker than blood, which is thicker than water.

What does being part of this team feel like?

It’s such a feeling of safety in a way. Because I know when I’m with the five of us, there’s nothing really that can touch us. Like people can come after one of us. But as soon as you come after one, the other four will, you know, will defend that person. And so that’s a really great feeling to be on a team like that. And to know that your team is the best is an exciting place to be. I love it. I do. I mean, I’m waiting for someone to beat us and I love it. Come at us. But at the moment, we seem to be still, you know, we’re hanging in there. And so we’re not going to put the sticks down.

What’s the first job you had in Toronto?

What’s the best meal you’ve ever eaten in Toronto?

Well, I would either be like a street hot dog after a night of drinking with sauerkraut and lots of mustard and onions or a Jamaican patty at the Bathurst Street subway… I’m not a foodie.

What’s hanging above your couch?

It’s a painting from Nicaragua.

Is there one thing you have multiple versions of?

Can it be a book? I have multiple copies of The Lion, The Witch, and the Wardrobe.

Where do you think is the best view in the city?

Oh, I really like that view on Broadview and you turn down Pottery Road. There’s a Dairy Queen there. When we were taping I would go by there at the end of the day, and I would have ice cream and I would sit on those picnic benches and look out over the valley. That’s my favourite view.

Where’s the first place in town you send visitors

Depends on what kind of visitor… I would say the Leslie Street Spit, it’s a beautiful spot.

And what’s the last show you saw in Toronto?

Well, it was probably Bruce’s show a couple or three years ago. Is that wrong?

It’s such a good question. My health?

I wish I could play instruments. Like I’m in a band and actually, my band Mouth Congress is performing tonight at Bovine Sex Club, but I can’t play anything. I can’t even read music or anything like that. I know how to sing and I can carry a tune and I can write lyrics and I can perform but I don’t know how to play anything. And when I watched the guitarist and the bass player and the drummer and I’m like, Holy fuck, that’s incredible.

Well, prison. I know, it’s not really a realistic fear. Blindness. I don’t know. Pain. I don’t like pain. Snakes? No one likes when we like they are falling in love with someone and then discovering they have snakes. Like oh boy, I really should have done some research before I came home with you and realize you keep a python. That’s happened.

What’s the last thing you made with your hands?

My hands? I would say a mess.

What is your favourite Toronto building?

I love that stupid building where you’re going onto the Don Valley. And there’s that kind of Rubik’s cube building? Whatever the hell is that? It’s amazing because I always look past and go, what the fuck is that? Do people live there? I also love the OCAD building with the tiny little, you know, sticks holding it up with all the colours. I love that.

If you could live in any Toronto neighbourhood, where would it be?

Well, I would say the Beaches if it wasn’t so far away.

Catherine O’Hara. I mean I know her but I’ve never spent a whole day with her. It’s always you brush against each other and I’m always so intimidated. Still. I worship her so I never have that time to get over that. If we spent the whole day together, I could get over it.

How do you get out of a creative rut?

Well,  I don’t really believe in that. I mean, you just keep doing it.

What’s your idea of perfect happiness

Well, I’m very happy when I’m funny. It really does give me a lot of joy to I get really happy when I someone says that you can’t go there and you’ll never get out alive. And you do. That’s it’s not healthy. And I go, that’s kind of a red flag to a bull especially to go into a taboo area and to somehow lob a joke that works and to get out on fairly unscathed. That’s incredibly fun.