Ahead of the Toronto Blue Jays playoffs, here's how the team got their name - Streets Of Toronto
Skip to content 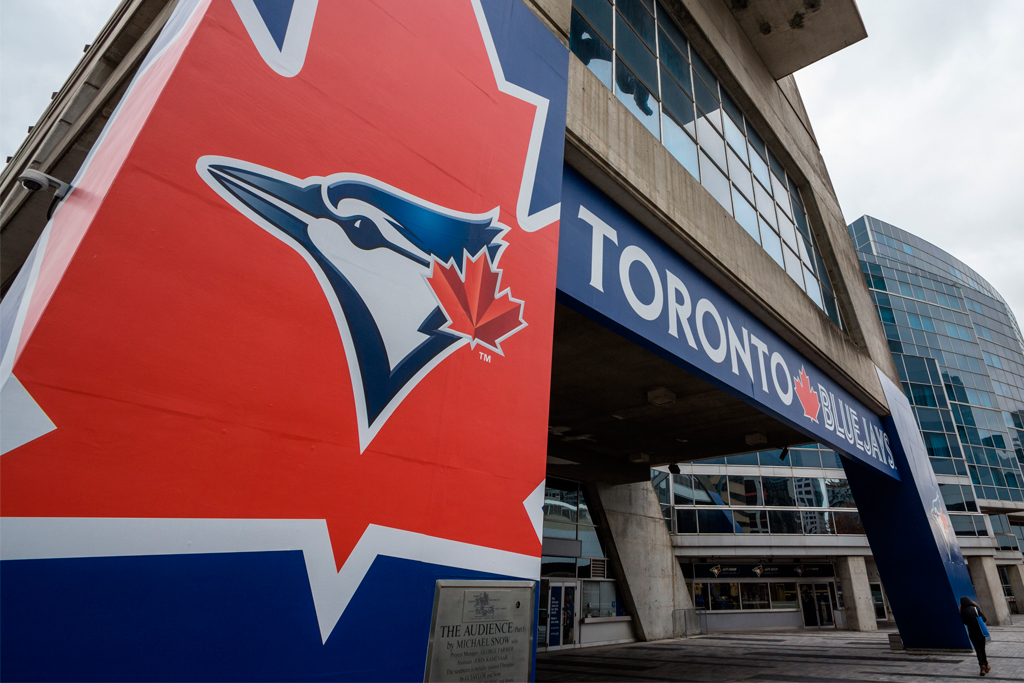 It’s finally Blue Jays playoff season in Toronto! The post-season has officially begun, and the Jays are ready for a wild-card series at Rogers Centre against the Seattle Mariners starting Friday afternoon. Ahead of the action, get to know a little bit more about the history behind everyone’s favourite baseball team.

The Toronto Blue Jays could have been the Hogtowners, Dingbats or Towers, but in 1976 a name-the-team contest was held and a board of 14 judges decided on “Blue Jays” as the name for Toronto’s MLB expansion team.

On the surface, the process looked like a perfectly Canadian way to name a team. Torontonians were invited to submit suggestions to the board, who would then make a decision. All told, over 30,000 entries flooded the mailbox of the team’s majority owners, Labatt Brewing Company.

Now it gets a little tricky: while some sources say that the board was made up mostly of local media members, others say that it was heavily infused with voices from Labatt, who wanted to tie the brand’s most popular beer, Labatt Blue, into the name.

An entirely separate story behind the name comes from the former Premier of Ontario, John Robarts, who sat on the panel that decided the name.

The story goes that Robarts saw a blue jay outside his window the morning of decision day, and put forth the idea upon arrival at the meeting.

On the Blue Jays’ official website, however, no mention is made of Labatt or Robarts, nor their potential influence over the name. It simply states that ‘Blue Jays’ was “selected by Directors.”

In reality, it looks like it was simply a win-win for both Labatt and the fans. Former Blue Jays PR chief Howard Starkman shed some light on the issue in 2014, saying to the National Post that “the board liked the name for a combination of reasons. It was a bird, like the Cardinals and Orioles, and it tied in with Labatt’s Blue too.”

At the time, the name didn’t sit well with at least one Pulitzer-winning sportswriter, Red Smith who ranted in the New York Times that “the Blue Jay is a raucous, obstreperous, thieving cannibal who robs the nest of smaller birds, eats the eggs, devours the young and then comes around bragging about it.”

Clearly, board chairman R. Howard Webster didn’t see it that way. “It is strong, aggressive and inquisitive,” said Webster. “It dares to take on all comers, yet it is down-to-earth, gutsy and good-looking.”

Regardless of its origin, the name has become synonymous with the team and the city.