The Best New Weekend Getaways From Toronto: The Great Lakes
Skip to content 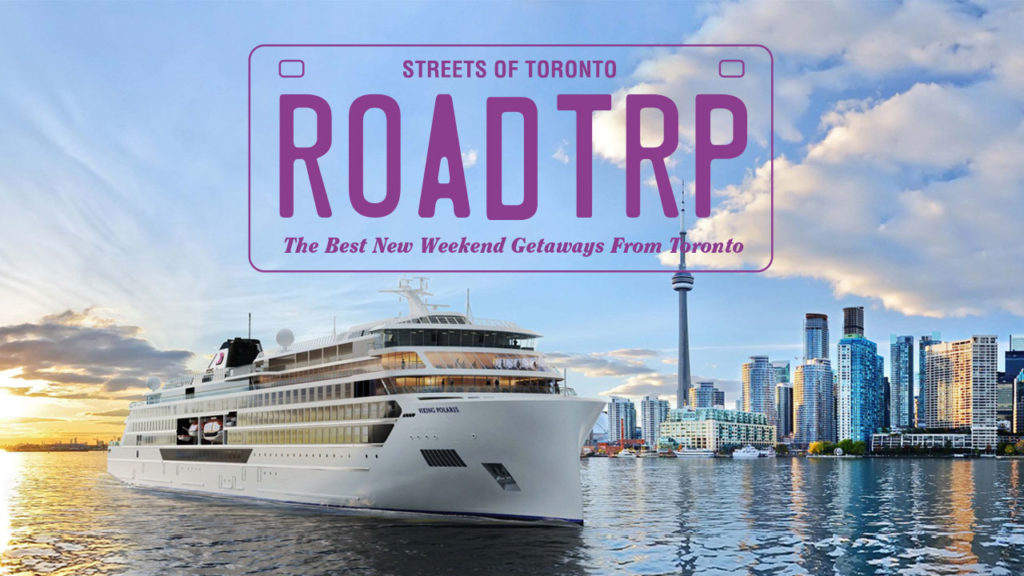 Toronto is now home to cruise ships offering unique summer getaway voyages – including one across the Great Lakes from Toronto to Minnesota.

Viking Cruises Canada is offering trips on the Great Lakes aboard their 378-passenger ship Viking Octantis, with a second expedition vessel — the Polaris — joining for the 2023 season.

The company is operating eight cruises, including three departing from Toronto, where passengers will have the opportunity to explore the largest freshwater ecosystem on earth, aboard a top-of-the-line ship equipped with two yellow submarines (fittingly named John and Paul), an onboard theatre, multiple restaurants and cocktail lounges and a Nordic spa, as well as a beauty and hair salon.

The 15-day Great Lakes Collection cruise from Toronto to Minnesota includes a full day in Algoma, Wisconsin, the gateway to the Door Peninsula, home to boreal forests, rugged rock formations and pristine beaches, as well as Alpena, Michigan, where shore excursions include admiring panoramic views of the northeastern lower peninsula aboard a historic Britten-Norman Islander aircraft.

On a 16-day sail from Toronto to Fort Lauderdale, Florida, the voyage combines scenic landscapes and storied cities with stops in Trois-Rivières and Cape Breton, as well as the bustling metropolis of New York City.