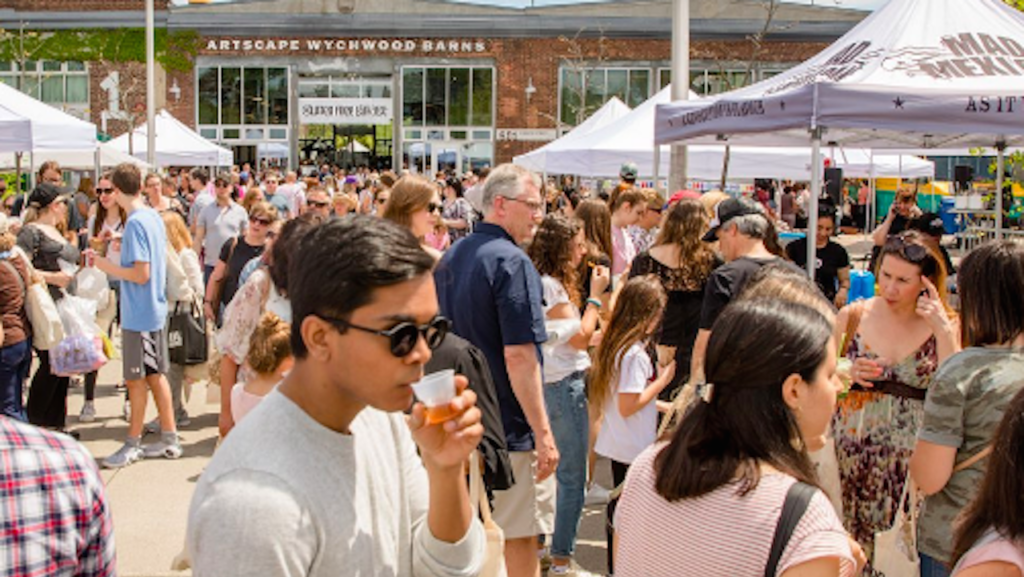 After a three year pandemic hiatus, Gluten Free Garage, Toronto’s only festival dedicated to food without gluten, is making a comeback.

On Sunday, May 29, over 60 food and drink vendors will come together in the Artscape Wychwood Barns to offer the best in Ontario’s gluten-free food scene. According to a press release, the fare will include every kind of cuisine and food preference, “from freshly baked goods, frozen treats and savoury made-to-order dishes to cultural delights including arancini, tacos and pupusas to beer and more.”

Gluten Free Garage’s founder, RonniLyn Pustil, created the festival for a deeply personal reason. “I launched the festival in the fall of 2012 as Toronto’s first pop-up gluten-free market. Inspired by my daughter Lily, now 16, who was diagnosed with celiac disease in 2009 at the age of three, I created the event to give people a taste of what was going on in Toronto’s gluten-free scene,” she said in the release. “I aim to promote and provide better access to top-quality gluten-free food, create awareness about celiac disease, and prove that gluten-free food can be super tasty.”

May is Celiac Awareness Month, so the family-friendly festival’s timing is designed to celebrate the best in gluten-free goods from across the province, allowing those who suffer from the disease to enjoy all kinds of cuisine without worrying. “Everything is carefully vetted for people with celiac disease and gluten intolerance, allowing this farmers’-market-like food festival to be a place where they can eat, sample and shop safely and without worry,” the release stated.

Admission is $10 with advance tickets (purchased on the website) and $12 at the door, but children 12 and under are free. Gluten Free Garage also hosts a food drive in partnership with the Canadian Celiac Association. Every gluten-free good donated will go to The Beeton Cupboard, a local food bank that has a demand for gluten-free food for health-related purposes.