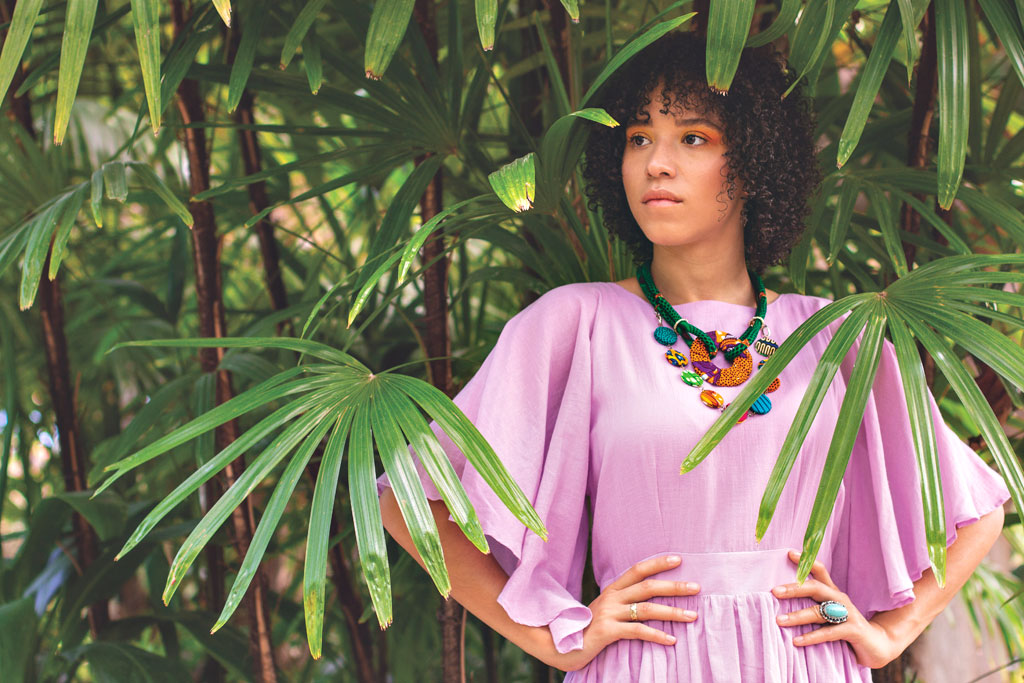 We are in a singular moment in history — in the midst of a global pandemic. There has also been a civil uprising in Black, Indigenous and allied communities in response to the recent and continued police killings of unarmed Black men and women in the U.S. and in Canada, beginning with the death of George Floyd on May 25 in Minneapolis. For many Black artists, not only have tour dates and art exhibitions been cancelled, they are tasked with processing and communicating the grief, anguish and anger of the communities that they represent — all while remaining confined to their homes.

Anique Jordan is a visual artist, based in Toronto, whose work centres around the community, Canadian archives and futures. In the alternate timeline in which Toronto’s public spaces have not been largely shut down by a global pandemic, she would have just been closing a public, multi-site installation that she curated for the Contact Photography Festival. It was supposed to take place at Malvern Library, the Doris McCarthy Gallery at University of Toronto Scarborough and Lester B. Pearson Collegiate Institute in Scarborough.

“That was a project that was looking at young people within the community and how they are constantly transforming and impacting their community even when people don’t recognize them or see them as having the power to do so,” she says.

She had been working toward the show for two years, and it has now been postponed to the fall because of the pandemic. But earlier in March, the COVID outbreak and its subsequent lockdowns had taken an emotional toll on Jordan. She moved in with her mother to offer support, and eventually, things began to feel steadier.

In April, Jordan helped launch Artbank TO, a fundraising platform to raise money for residents who are self-isolating in the areas of Scarborough and Jane and Finch, and then pivoted to use the platform to support Black youth with monetary funds for self-care costs.

“There was a point where I started feeling a little bit better. I started thinking, ‘This is what it is. We’re good, we can figure our way through it,’ ” she says. “But just as I moved back to my apartment and as I started feeling better, the [death of ] George Floyd happened.”

“People are feeling unwell, physically, mentally, emotionally, and they are not able to say, ‘Here’s what it is that I am experiencing and therefore I require these types of things in response to that.’ The way you would for any sort of disease or illness,” says Jordan. “Without being able to say that, it makes it even more difficult… [It] becomes an act of convincing, which is another type of violence to your body.”

In another city, Toronto folk musician Kaia Kater was also trying to gain emotional stability from COVID-related anxiety. She was in Brooklyn, N.Y., where she splits her time with being in Toronto, and was spending her days trying to write songs for a potential new album, the follow-up to her 2018 album Grenades.

“As soon as the dates started cancelling, I felt this big wave of inertia wash over me,” she says. “Like, why bother writing? What is writing going to do? What is music going to do when there are people dying at an incredible rate?”

The reality of having to write while confined to her home environment was something Kater struggled to confront in the early days of the pandemic.

However, as the dominance of news of the global impact of COVID-19 receded in the wake of the Black Lives Matter protests across the country, she found herself contending with a whole different set of emotions.

“I am having a really hard time right now confronting the anguish that I feel, and it feels so big and so scary and so hard to put into words,” she says. “Most of my songwriting now is just chipping away at the edges tenderly and to approach all of this pain in an honest way.”

Nadia L. Hohn, a children’s book author and middle school teacher in Toronto, felt a renewed urgency to help support her community during the ongoing civil unrest. Early on in the pandemic, as a writer, Hohn was uncertain of how she could help.

“I think I was hitting a period, as many writers do, of some sort of complacency or just kind of a lull,” she says. “But we need these books right now. So the racial injustice has been a catalyst in many ways.”

In her career, Hohn has published six children’s books that follow themes around the African and Caribbean diaspora, including the Malaika series and A Likkle Miss Lou: How Jamaican Poet Louise Bennett-Coverley Found Her Voice.

As an educator and as a writer, it became evident to her that she needed to use her unique expertise and platform to help diversify publishing and help elucidate issues of race to younger readers.

“I think it’s really important that, as adults are learning what allyship is, it’s just as important that kids learn what that is, what it looks like and how they can be better allies,” says Hohn. “We know that kids can see race, and some have unfortunately attached values to that, whether it came from the media or their parents or all of the above. I think it’s important that we start that education early, and we also have to teach our Black children and children of colour to value themselves in this system and develop resilience.”

As these artists continue to grapple with how to process this moment in history, and the pain associated with being a Black artist in a system that, as all three women have attested, was designed to oppress and police Black bodies, they have found comfort from their own community and from the action that the Black Lives Matter movement has inspired. They are all, in their unique ways, fighting for the space to allow them to thrive.