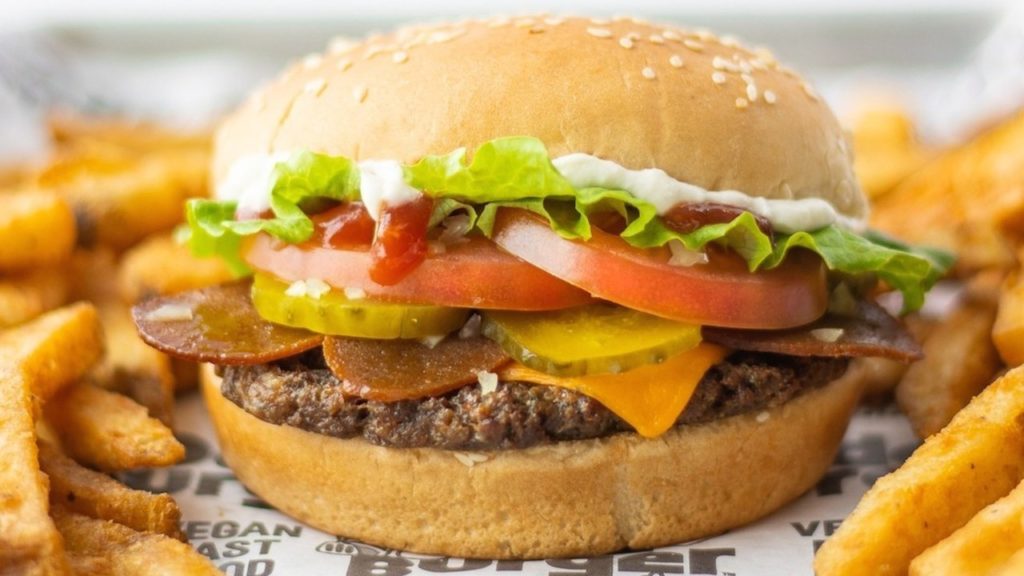 It won’t be long before our friends over in Europe can sink their teeth into Toronto’s vegan version of McDonald’s Big Mac. Canadian fast-food-chain Odd Burger Corp. announced yesterday that over the next eight years, it will open a whopping 50 new locations in the U.S. and Europe.

According to the report, the plant-based company has entered into a Letter of Intent with Swiss firm Franchise Investment AG and its parent company Angelpreneur AG which will see the development of 25 franchises in Florida and another 25 in Austria, Switzerland and Germany.

Founded in 2014 by James McInnes, Odd Burger’s mission is to disrupt the fast-food industry by offering food made from scratch using plant-based, minimally processed and sustainable ingredients.  In 2016, they brought their “Famous Burger” to the London Ribfest and it sold out immediately. In 2017, Odd Burger launched Canada’s first vegan fast-food restaurant and six months later, the world’s first 24-hour vegan drive-thru.  Two years later in 2018, the company opened its own manufacturing centre, where research and development also takes place.


The plant-based menu currently includes breakfast items like the bacUn breakfast sandwich and chia French toast, six burger options including the Vopper, as well as salads and wraps.

Odd Burger currently has nine Canadian locations including one in Toronto at 492 College St. In June, the company announced that it would be opening 40 locations in Ontario.