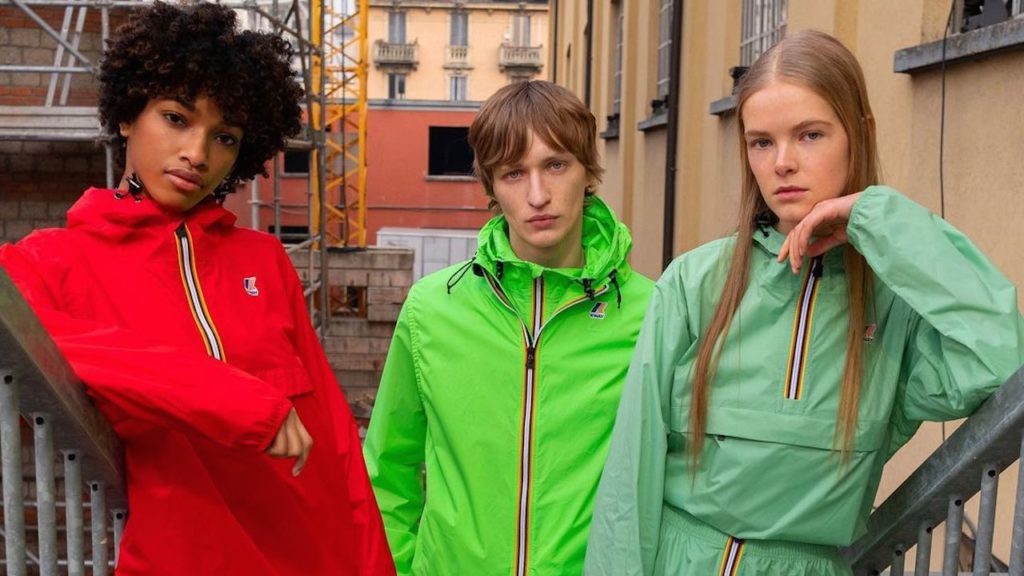 The time between April and May in Toronto calls for multi-functional shoes that can handle rain, mud and even a bit of frost, umbrellas that double as personal shade and, most importantly, a good raincoat. So the timing of rain jacket and apparel brand K-Way arriving in Holt Renfrew (for good) could not be more perfect.

K-Way, the global rainwear brand that’s all the rage in Europe, is coming to Toronto and Canada permanently through the luxury retailer, making it the first time Holt Renfrew will be housing the raincoat brand since a pop-up back in 2013.

The brand started in 1965 in what often seems to be one of the rainiest places in Europe – Paris. K-Way is best known for creating the original packable jacket in a wind and waterproof design that obviously was a hit – you can find over 25 K-Way locations in France alone and a whole bunch more in Italy, Belgium, Spain, the U.K. and now Canada.

The idea of a packable raincoat might seem commonplace now, but when K-Way brought it onto the rainwear scene, it was anything but. The K-Way jacket, which has kept true to its colourful and functional roots even with its most recent collection, is crafted from water-repellent and windproof rip-stop with inner heat-taped seams and can be folded up and stashed inside a side pocket. You’ll also find an inner wind flap, back ventilation opening, elasticated cuffs an adjustable draw cord hem.


Holt Renfrew’s recent decision to bring on the brand in-store aligns with a potential trend toward rainwear in Canada. While Canada certainly knows its stuff when it comes to winter wear, clothing for those trickier middle seasons is still something we’ve previously left to our rainier neighbours across the pond. It took Canada Goose until 2018 to create even a single rain jacket, though they now offer a waterproof rainwear line. In March, Canadian outerwear brand Wuxly finally joined in with its first collection of rainwear for men and women.

With K-Way entering the Canadian rainwear market in brick-and-mortar shops, we’ll see how long it takes for the brand to take over the market.

In Toronto and the GTA, you can swing by Holt Renfrew at 50 Bloor St. or inside the Yorkdale or Square One shopping centres to see the brand in-store.