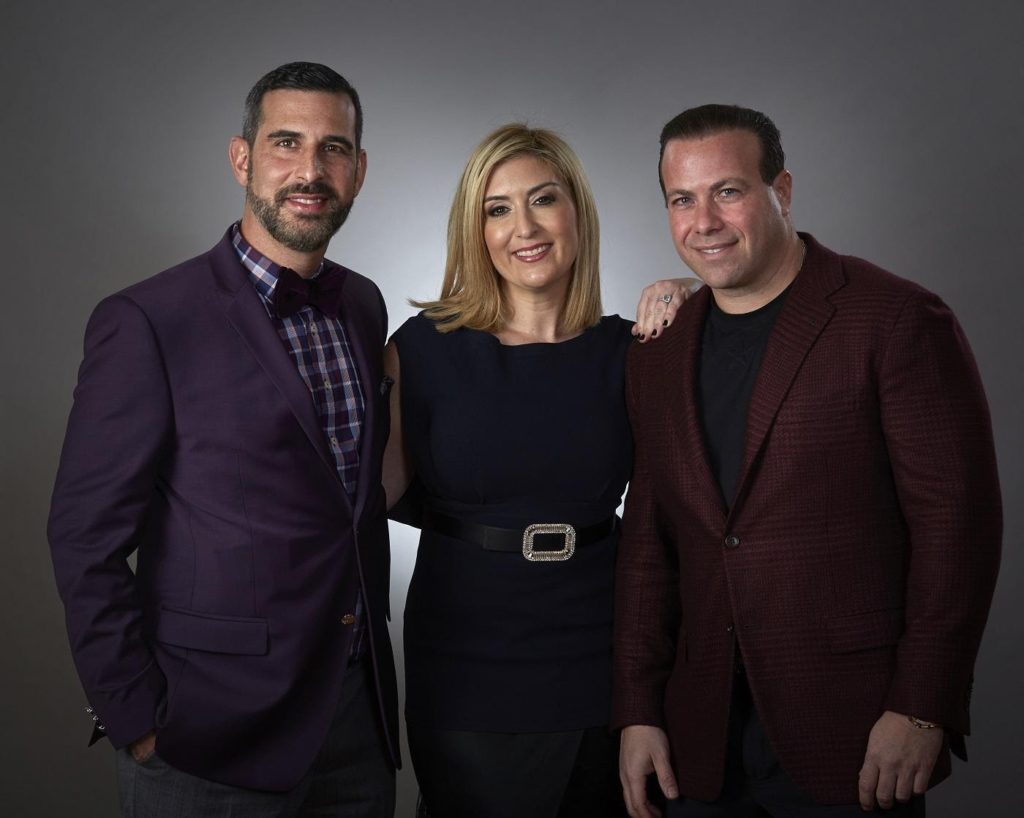 When it comes to the growth and success of the Diamond & Diamond Lawyers, one word pops to the forefront of our mind: “remarkable.” In a few short years, Jeremy Diamond, along with his wife Sandra Zisckind and brother-in-law Isaac Zisckind, has grown a single office personal injury firm to one of the largest law firms in the country.

Despite his law firm’s phenomenal growth and significant success in recent years, Jeremy Diamond remains a dedicated fighter for personal injury causes. And while Diamond & Diamond may now be a giant in personal injury law, Jeremy’s approach to cases remains personal and laser-focused.

Let’s take a look at just how Jeremy Diamond grew his firm into the household name that it is today.

Diamond & Diamond Lawyers may be one of the largest personal injury law firms in Canada, employing dozens of lawyers and paralegals, but it’s a family-run business. The law firm is quickly on its way to becoming as recognizable as Tim Hortons and Molson Brewing.

The firm was founded by Jeremy’s uncle, David Diamond over 30 years ago. Prior to 2012, though, Diamond & Diamond was a relatively small firm. Chances are you wouldn’t have even known about it unless you were looking for a personal injury lawyer in the phonebook.

Of course, most personal injury firms a decade ago in Canada didn’t have an image that was well-known to the public. In fact, only a handful of firms had offices in more than one Canadian province.
What was holding many law firms back from outgrowing their pond, was simply a lack of advertising. Most law firms were traditional when it came to marketing their services and launching an aggressive marketing campaign across numerous mediums and markets just wasn’t in the game plan. The Law Society of Upper Canada had changed its rules regarding advertising in 1987 and despite Ontario lawyers being able to advertise on any medium of their choice, few took the opportunity to do so.

“There is a stereotype that law firms are stodgy and old-fashioned but we are the opposite,” Jeremy said. “I wanted our brand to go beyond the status quo, so we took advantage of multiple marketing techniques and communicated directly to our target market.”

If we’re honest, it’s pretty incredible how well Jeremy Diamond has executed Diamond & Diamond’s marketing strategy — first through radio, then TV, and the web. More on that in a minute though…

The Leadership of Jeremy Diamond

Building a law empire doesn’t happen by accident and it doesn’t happen without strong leadership. A clear vision of where one wants to go, and the necessary calculated decisions to get there, is paramount. It’s obvious to us that Jeremy Diamond, together with his wife, and brother-in-law are a well-oiled machine that are equipped to build and lead a team to new heights of success.

So how did this diehard NHL fan — Diamond & Diamond have worked with numerous hockey teams — end up building an office of five people into one of over 200 and one of Canada’s fastest growing personal injury law firms?

The short answer would, of course, be a lot of hard work when Jeremy, Sandra, and Isaac became part owners of Diamond & Diamond in 2012. We think it’s worth going back a bit further into Jeremy’s story, though.

Jeremy obtained his Bachelor of Arts Degree from York University in 1995 with a focus on psychology. A few years later, he received his Juris Doctor at the Thomas M. Cooley Law School in 2001 and also attended Osgoode Hall Law School. Even before earning his law degree, however, Jeremy had been working at his uncle’s law firm in various capacities since graduating college.

“Growing up, my whole family was in personal injury, so it was natural that I’d end up in personal injury as well,” Jeremy said. This allowed him to get his feet wet and see first-hand the attention and care that a good lawyer show’s their clients. “I was always interested in the business and helping victims. It’s important victims know their rights,” Jeremy added.

In 2008, Jeremy was called to the Bar and today, is a member of both the Ontario and Florida Bars. As for his experience in personal injury law? Jeremy has an incredibly wide reach and has helped clients regarding injuries related to car accidents, slips and falls, animal bites, work related injuries, wrongful deaths, and long-term disability.

As we touched upon earlier, a decade ago, the overwhelming majority of personal injury law firms were a bit reluctant to think outside the box when it came to marketing. At the time, Diamond & Diamond had just one Toronto office. Jeremy and his team knew that if they were going to really go up against the high-powered counsel of insurance companies, as well as their own competitors, they’d have to take the family firm in a new direction.

According to Ian Chamandy, partner at Toronto’s Blueprint Strategic Planning consulting firm, it’s Diamond & Diamond’s willingness to be “bold” that has helped them grow so quickly. “Jeremy Diamond is blazing the trail and showing others how it needs to be done,” Chamandy said.

Jeremy Diamond and Sandra Zisckind started with a single radio station, Toronto’s Z103.5. The advert was nothing too grand — not compared to today’s marketing strategy at least — but it got the ball rolling. From there, came TV commercials, and in 2017, a focus on Adwords and SEO in the digital space. Jeremy Diamond’s well researched and SEO digital strategy has obviously paid off. A high search visibility has allowed Diamond and his team to take command of the thousands of search engine queries for personal injury lawyers. The proof is in the pudding, too. A 2016 poll revealed that 70 percent of residents in the greater Toronto area knew of Diamond & Diamond, but only 3 percent could name a competitor.

Good marketing will only take a company so far, though, and it has to be backed up by extraordinary service. The firm’s slogan of “Nothing is Tougher than a Diamond” applies to the team’s dedication to go up against insurance companies in order to get justice for their clients. Perhaps equally as important as the skill behind the work, is the trust and communication built between the team and those they represent.

“We learned early on that people want a firm who speaks to them and not above them,” Jeremy said. “We give out our personal cell phone. We’re a family owned firm and it’s important that every client feels that we are a part of theirs.”

Backing Their Campaign With Successful Cases

It’s pretty impressive just how successful Diamond & Diamond has been in the last several years. Jeremy and the rest of his team have handled hundreds of high-profile legal cases with poise, proficiency, and success.

One of the earlier cases that directed the spotlight on the firm was a 2014 case involving York University when a shooting took place in the school’s food court. Multiple students suffered injuries and the team stepped into action. “We are alleging a pattern of negligence, we’re alleging that security has been overlooked and our allegation is that steps could have been taken and measures could have been taken,” firm partner Sandra Zisckind said at the time. The firm sued for $20.5 million.

Two of the most recent high-profile cases that demonstrate Diamond & Diamond’s commitment to fighting the good fight for their clients are the Jasper bus crash and wave of COVID-19 deaths at nursing homes.

In July 2020, “a glacier sightseeing vehicle belonging to Pursuit Banff Jasper collection was involved in a rollover crash on the Columbia Icefield.” Three people were killed in the horrific accident and numerous others were seriously injured. Currently, Jeremy Diamond and his team are fighting for $17 million in damages for the victims.

“Our law firm believes that this crash was preventable and that it occurred as a result of a variety of failings by the parent company,” Basil Bansal, a lawyer with Diamond & Diamond, told the press.

COVID-19 has brought unprecedented hardship on many families who have suffered the loss of loved ones. Diamond & Diamond were already involved in the Nursing Home Coalition prior to the pandemic, but stepped in to seek justice for dozens of clients who had family members who died at two long-term care facilities because of alleged negligence. Jeremy and his team are fighting for $100 million in damages in what Diamond & Diamond lawyer Darryl Singer called “a horrible situation.”

Aggressive Expansion in Ontario and Beyond

Diamond & Diamond’s ability to handle numerous high-profile cases with millions of dollars on the line isn’t merely attributed to the skill of the lawyers, but the firm’s remarkable growth. After all, two heads are better than one and in the last half-decade, Jeremy Diamond has aggressively expanded his personal injury law team.

“I’ve learned a lot after seven years of growing Diamond & Diamond from five people in one office to a team of over 200 across Canada,” Jeremy said. In just a few years, the firm has expanded beyond Toronto to encompass all of Ontario with multiple law offices and consultation offices across several cities, municipalities, and communities in the province.

Jeremy has hardly limited his firm’s reach to Ontario though. In fact, in the last several years the firm has crossed the entire country reaching as far as British Columbia, and in 2019, the 20th consultation office was opened in Calgary. A new office is obviously big news, but we’d be lying if we didn’t admit the coolest part of the business expansion was the firm’s partnership with the Calgary Flames. “Calgary marks an incredibly exciting new chapter for our firm, especially as big hockey fans,” Jeremy said in a press release at the time.

Whereas other law firms might pump the brakes after such rapid growth and success, the partners of Diamond & Diamond are on a roll and are not about to slow down now. In 2017, the firm took what has arguably been its biggest step to date and expanded into a full-service law enterprise. This marked a revolutionary shakeup for the legal industry in Canada, as the fastest growing personal injury firm had now branched out into other areas of law. It was a total gamechanger.

This wasn’t part of the plan, but the firm’s personal injury clients began to inquire about other areas of law including family law, real estate, corporate law, and estate-planning. It was a natural progression that the team took careful consideration with before moving forward.

“It wasn’t always our goal to move to full service,” Jeremy Diamond said. “We listened to what our client base was demanding and we noticed that many were intimidated by corporate law firms and daunting retainers.”

Diamond & Diamond was now truly “The People’s Law Firm” and could offer a full range of legal services to Canadians. The expansion also marked the firm’s move into its new headquarters, a 30,000-square-foot facility in North Toronto.

While personal injury law will always be Diamond & Diamond’s “bread and butter” and Jeremy’s passion, the firm can now apply that same attention to detail in other areas of the legal field. “We believe in access to justice for all our clients and we will continue to fight for them, regardless of which type of legal service they require,” Jeremy said.