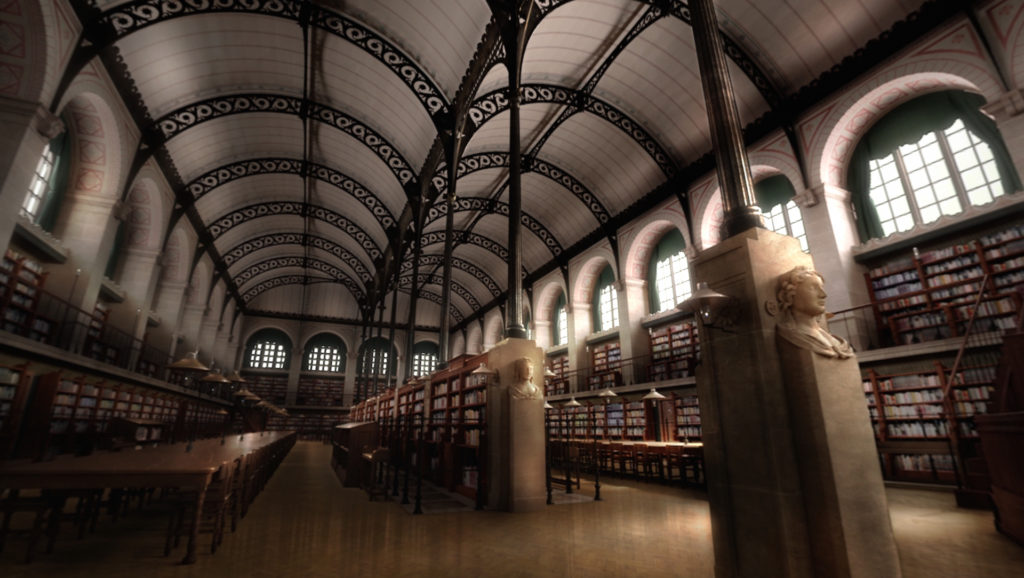 Lighthouse Immersive’s new production The Library at Night by acclaimed theatre visionary Robert Lepage opened in Toronto last night with the creator along with Mayor John Tory kickstarting the festivities from the exhibition hub at One Yonge St.

The venue is a hub of artistic creation in the city. Although Lighthouse began as a home for large-scale immersive art exhibitions such as Immersive Van Gogh, the company has expanded its offerings to include a wider variety of productions. The Library at Night is a unique virtual reality production, for example.

Inspired by Argentinian Canadian writer Alberto Manguel’s 2006 book The Library at Night – which explores the theoretical, architectural, and social dimensions that underlie any library’s existence – the exhibit was designed by Lepage and his production company Ex Machina to celebrate the 10th anniversary of Montreal’s Grande Bibliothèque in 2015.

The exhibit is housed in an upstairs gallery. Guests are first asked to wait in, fittingly, a small library, modelled after Mangue’s own library, to set the mood. It is here where the virtual reality headsets are explained and there is a brief overview to strike a thoughtful tone.

Following this, one bookshelf is revealed to be a doorway into the main room, which is designed to include two rooms of sturdy wooden tables with vintage-style desk lamps befitting a library interspersed with trees under a canopy of green signifying an exploration is about to commence.

Once seated at the tables, guests don their VR paraphernalia and begin to explore the 10 libraries in The Library At Night, both fictional and real, in an exciting 360-degree virtual world.

Some of the more unique libraries include the  Hasedera Temple in Japan, Captain Nemo’s library aboard the Nautilus from Jules Verne’s Twenty Thousand Leagues Under the Sea, the Sainte-Genevieve Library Paris, and the haunted library of Social Sciences of Copenhagen University.

Canadian content includes a trip to the Library of Parliament in Ottawa.

The trip includes stories and commentary regarding each library. It’s an interesting production, it only takes about 30 minutes to complete, and really gets you thinking about books and libraries and their importance both on a personal level and on a much larger scale.

The Library At Night runs until April 18. For more information go to Lighthouse Immersive.