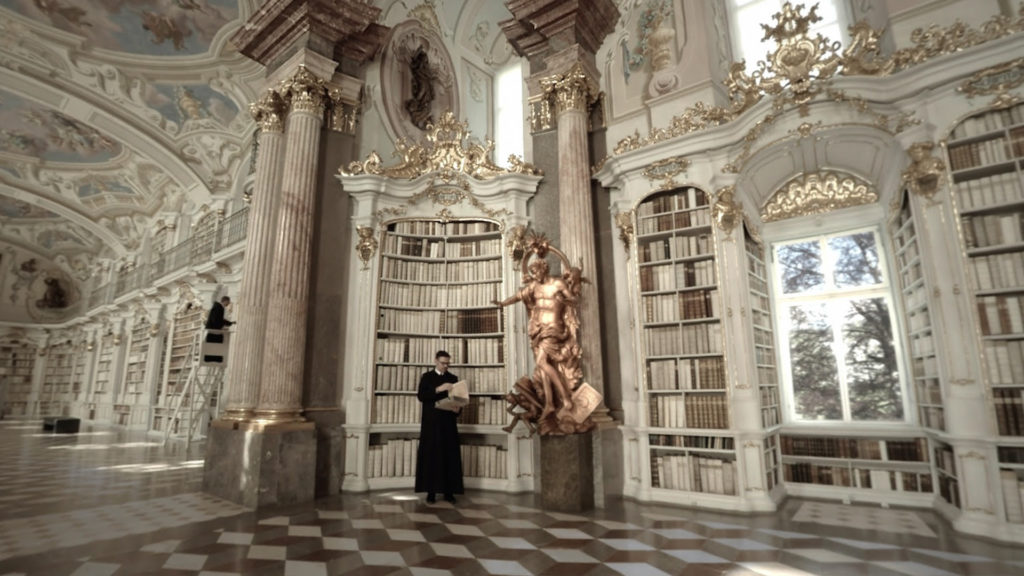 The first immersive experience of The Library at Night was created to celebrate Montreal’s Grande Bibliotheque in 2015 and it has since been shown in Brazil, Paris, and Quebec City. With VR headsets, visitors will experience the “poetic, artistic, historical, and philosophical universe of libraries” imagined by Manguel.

Each library in the exhibit has been reimagined from libraries around the globe and pieced together from Manguel’s imagination. Manguel lived and worked in Toronto from 1982-to 2000, and paying homage to his time in the GTA is Lepage’s primary goal.

“The initial inspiration for this experience is the work of Alberto Manguel, who lived in Toronto for almost twenty years, during which time he was an important literary life force in the city. It’s exciting for me to think that Alberto’s work is finally going to be celebrated in the Canadian city that he made his home,” says Lepage in a recent press release.

Working with Lighthouse Immersive — the same group that has brought several cities Immersive Van Gogh and Nutcracker — Lepage can bring Manguel’s vision of the underbelly of libraries to life.

A visit to the exhibit begins with total immersion into the personal library of Manguel. It moves from a library from Manguel’s imagination to a forest strewn with books containing  ‘library portals’ that users can choose to visit. Each portal brings visitors to a different time and a set of ten mythical libraries.

Visits are limited to 20 people per show, physical distancing is mandatory, and all high-touch surfaces (including headsets) will be sanitized between visits. Tickets for ‘The Library At Night’ go on sale on February 11th at 10 am (sign up to be notified when tickets go on sale here).