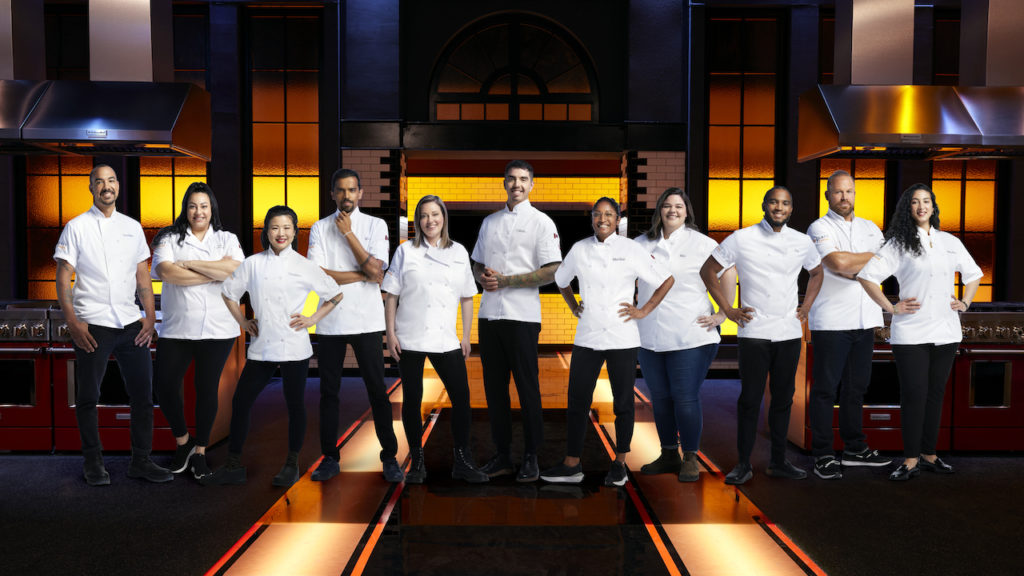 Top Chef Canada is back for a milestone tenth season and this time the cutthroat competition will see eleven “cheftestants” —  including three talented cooks from Toronto — as they compete in high-pressure, quickfire challenges, for the grand prize of $100,000.

In addition to showcasing the country’s top chefs and the diverse cuisine Canada is known for, this season, dubbed Top Chef Canada X, is set to feature a slew of fiery new challenges as well as fan favourites including the culinary skills race. Chefs will be pushed to their gastronomic limits with a vegan feast, and even a foodie trip to the Caribbean.

Acclaimed Toronto-born chef David Zilber who’s worked at some of the most prestigious kitchens in the world and most recently ran the fermentation lab at three-Michelin-star restaurant Noma in Copenhagen, will be joining the judging panel. Celebrity chef Mark McEwan, legendary restauranteur Janet Zuccarini, food writer Mijune Pak, and Toronto food journalist Chris Nuttall-Smith round out the group of judges, while cookbook author Eden Grinshpan returns to host.

In addition to the title of Canada’s Top Chef and the largest cash prize in the show’s history, the winner will receive a Lexus NX, a new kitchen outfitted by KitchenAid, a farm-to-table adventure, and $10,000 from DoorDash.

Amongst the diverse group of contestants is the first-ever competitor hailing from the Yukon, and three from Toronto.

Martine Bauer is the chef and co-owner of Little Italy’s French restaurant Pompette and sister space Bar Pompette. The thirty-six-year-old is originally from Mauritius and has worked in Michelin-starred restaurants in Paris and had a stint as the chef for the Prime Minister of France.

Joachim ‘Jo’ Hayward has cooked professionally for 12 years in numerous cities around the world and is currently the head chef at Wynona, a romantic date-night spot in Leslieville with a focus on seafood and pasta.


Originally from Egypt, Monica Wahba is the chef and owner of Maha’s, a drool-worthy brunch spot that’s become a fixture in Toronto’s food scene since first opening in 2014. If she takes home the top prize, she’ll be the first Egyptian chef to win the competition.