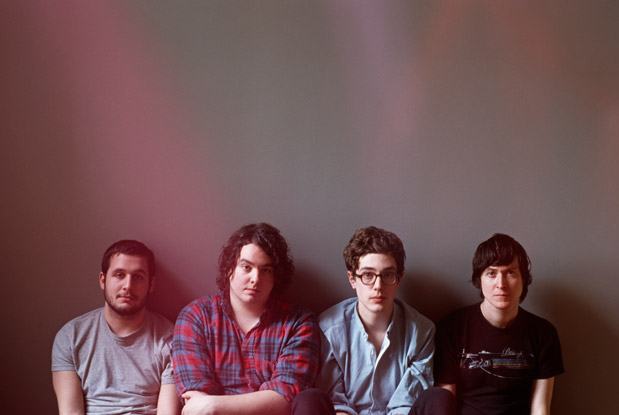 Every Monday, we round up the most exciting music news happening in Toronto. In this edition: Born Ruffians drop a new single, Joel Plaskett gets an award and The Strumbellas take up residency at The Dakota Tavern.

Nothing cures the Monday blahs quite like brand spanking new music. Today’s docket includes a debut song from Born Ruffians. “With Her Shadow” is a shift from the upbeat, fast-paced pop we’re used to, and instead moves towards mellow and darkly thoughtful electro. If this edginess is any indication of their forthcoming record, we’re looking forward to it.

Maritime king of pop rock Joel Plaskett was awarded the Queen Elizabeth II Diamond Jubilee Medal last week. The prize honours Canadians who have made significant contributions to our nation’s culture and community — and Plaskett sure has. He has more than 20 years in the music biz, having made stellar albums with his ’90s rock band Thrush Hermit, and he’s received nods from the Juno Awards and the Polaris Music Prize. Forget beer and poutine, Joel Plaskett is one of our country’s greatest exports.

Beloved local folksters The Strumbellas recently announced their residency at The Dakota Tavern for the month of January. That means that every Tuesday night this month you’ll be able to stomp your feet along to twangy, banjo-driven, hook-heavy goodness. Tomorrow night kicks off the series with special guests Tin Star Orphans at the city’s quintessential country hangout.

Moms and dads rejoice! The days of “Twinkle Twinkle Little Star” and “Mary Had a Little Lamb” are over. Rockabye Baby! Lullaby Renditions of Rush will put an end to traditional nighttime songs and instead offer your mini metal-heads a soothing version of classic rock ballads. The album was created by Lisa Roth, sister to David Lee (Van Halen). Previous albums have included songs from bands such as Metallica, Pink Floyd and Black Sabbath. Parents can proudly crank the record out of their minivan speakers when it’s released on Jan. 29. Preview the songs here, and check out a totally relaxing rendition of Metallica’s “Master of Puppets” below.

When Catl decided to name their latest album Soon This Will All Be Gone, they were likely hinting at something. Exclaim! reports that the local blues rock outfit will be going on an indefinite hiatus, but not before a final farewell at the Horseshoe Tavern on Jan. 19.