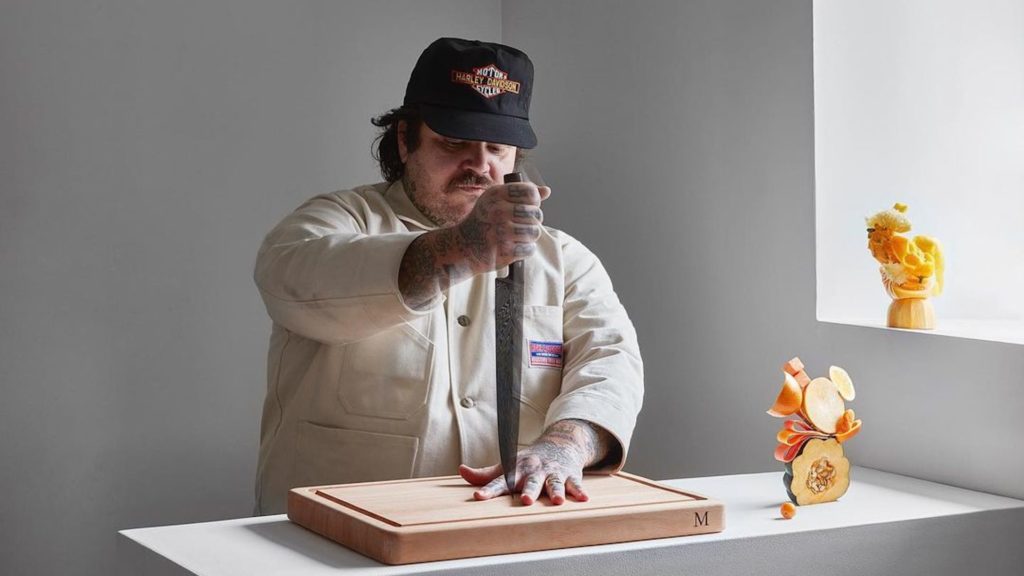 There is no quit in Matty Matheson. After launching a collaboration with A&W recently, in addition to a slew of other projects including his own line of cookware (pictured above), he set his sights back on the one he’s been quietly working on for six years. Its name, we now know, is Prime Seafood Palace and it’s been in soft opening to family and friends this week.

Prime Seafood Palace is different from Matheson’s other ventures in that it appears to be a high-end space centred on unique takes on seafood. Shrimp, caviar, raw fish and more dot the Queen West restaurant’s menu, according to the Instagram posts of those who were lucky enough to be invited into the space.

Lobster and ricotta dumplings join Matheson’s molasses bread on the appetizer menu, rounding out a list of hearty meat and fish dishes (it wouldn’t be a Matty Matheson venture without some meat, after all), vegetable sides and a huge selection of sauces.


In terms of decor, Prime Seafood Palace appears to be a modern, clean and sophisticated design, with wooden details and a bathroom that made Toronto food stylist Michelle Rabin rave. “Oh and truly the nicest bathroom I’ve ever been in,” she wrote in her Instagram post.


Of course, Matheson has won international acclaim from his YouTube channel and television appearances, alongside skateboarding partnerships and operating some of Toronto’s most beloved food hotspots, including Fonda Balam and Maker Pizza.

His latest venture, Prime Seafood Palace, will officially open to the public on May 25. It’s located at 944 Queen St. W.