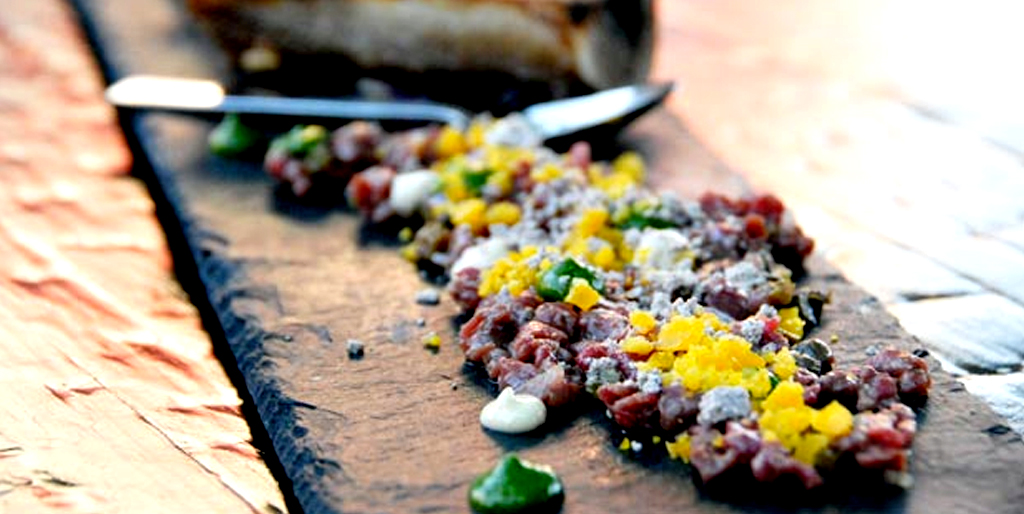 These days, Food Dudes Inc. is a booming business. The company caters around 1,000 events per year from its massive kitchen in Toronto’s east end, resulting in millions of dollars of revenue per year.

The owners also spent eight months and nearly half a million dollars setting up a 50-seat restaurant near Harbord and Spadina called Rasa.

Co-owner and creative director Brent McClenahan says the restaurant is their "passion project."

“It’s about creating. It’s about taking something imaginary and making it real. That’s what life is about," he says.

Rasa basically translates to “essence” in Sanskrit. The space, formerly occupied by Momo’s, was completely gutted, and a series of structural repairs nearly doubled the projected construction budget.

Décor, spearheaded by Damon Snider of Type-D Living, is a mishmash of modern and rustic, with reclaimed wood complementing polished concrete floors and a glossy black bar top. Furniture was hand-built by Metropolis Living.

As for Rasa's cuisine, visitors can opt for a tasting menu for $60 or $70 depending on your selection. Their dinner menu features  snacks, mains and desserts that find cultural inspiration from around the globe. Food is taken care of by Food Dudes founder/executive chef Adrian Niman and his kitchen team, which is full of George Brown grads.

Signature cocktails were developed by Chanel Wood (formerly of Cold Tea and Rodney’s Oyster House), and front-of-house-duties are helmed by operating manager and partner Adam Minster.

“We’re a Toronto based company, so everything we do we keep it real to the city. It’s so diverse,” McClenahan says.