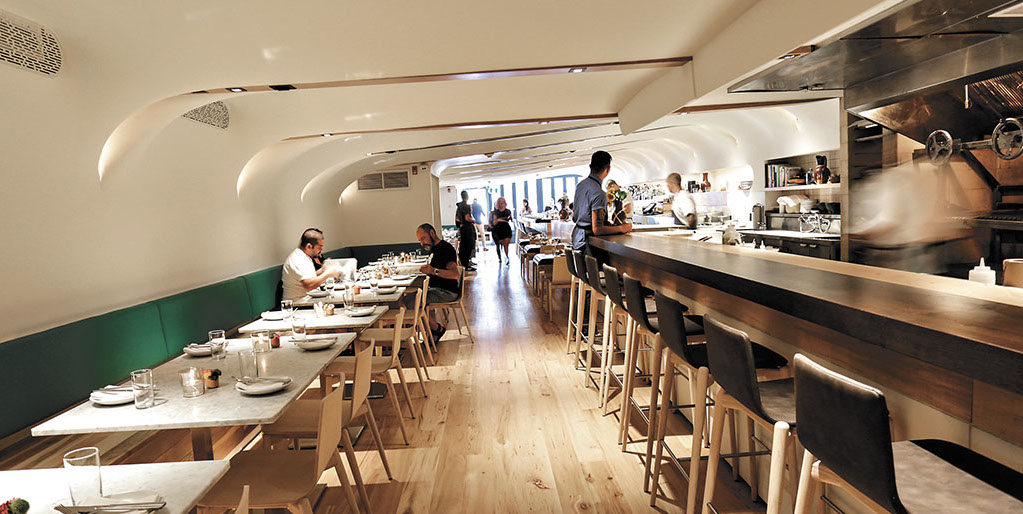 Grant van Gameren has done it again. Reading as a visual response to the undulating Bar Raval down the street, Quetzal feels like a nautical cathedral where everyone worships flame. Much of the kitchen is devoted to the firepit, which runs down half the room and includes a traditional comal (the griddle used to cook tortillas). Diners seated in front of the nightly show are given wee water spritzers with which to cool down, should the need arise. But it’s not all flames. A raw bar centres the space, turning out ceviche like the verde mixto, with delicate scallop and whitefish dressed with green apple and sea asparagus. Much emphasis is placed on the house-made salsas, which showcase a variety of chilies in addition to walnut and ants (a traditional Mexican ingredient). Larger plates include the pork secreto al pastor: flawlessly roasted and marinated pork  is served with charred pineapple and caramelized onion salsa. The ultra-tender lamb renders the accompanying Laguiole steak knife almost useless. Desserts like the vegan and gluten-free coconut nicuatole, a traditional corn-based dessert from Oaxaca, refresh the palate beautifully.