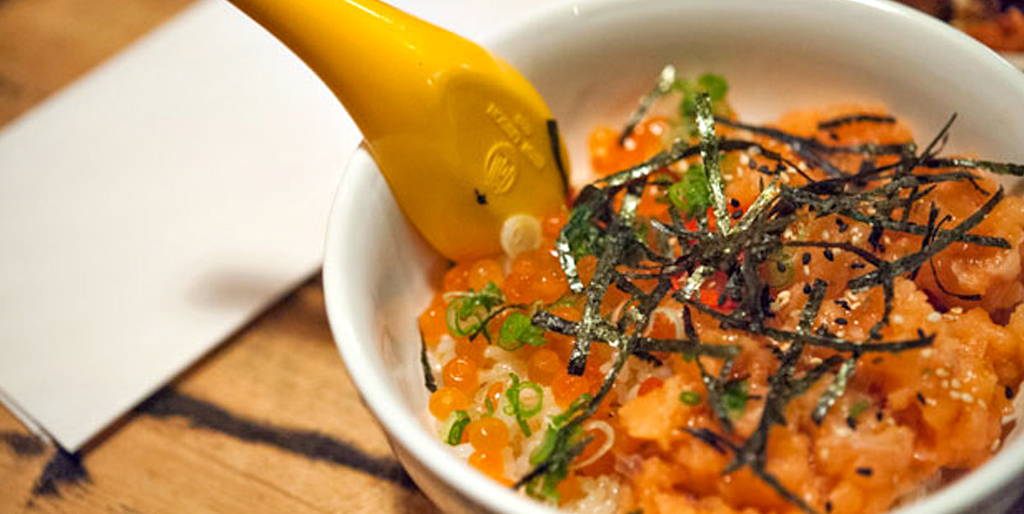 While Swish by Han sticks to Korean roots, ODDSEOUL is meant to showcase a little more of the Han brothers’ American upbringing (they were born in Toronto but grew up in Philly) while retaining some Korean influences.

Though alcohol selection and pricing could change, beer currently starts at $5, with Flying Monkeys, Big Wheel, Tecate or the requisite PBR on offer (this is Ossington, after all). Cocktails focus on bourbon, gin and soju, including infused ginger soju, citrus soju or cucumber soju (as a promo offer, carafes of soju can be had for $11).

Opened in an old hardware store, the renovated space maintains an industrial feel with half-plastered walls, exposed-brick, a wide and long bar top, refurbished science lab stools (which are now bar stools), a collection of old-school ghetto blasters on the shelves and old Stallone movie posters ink-transferred onto the walls.