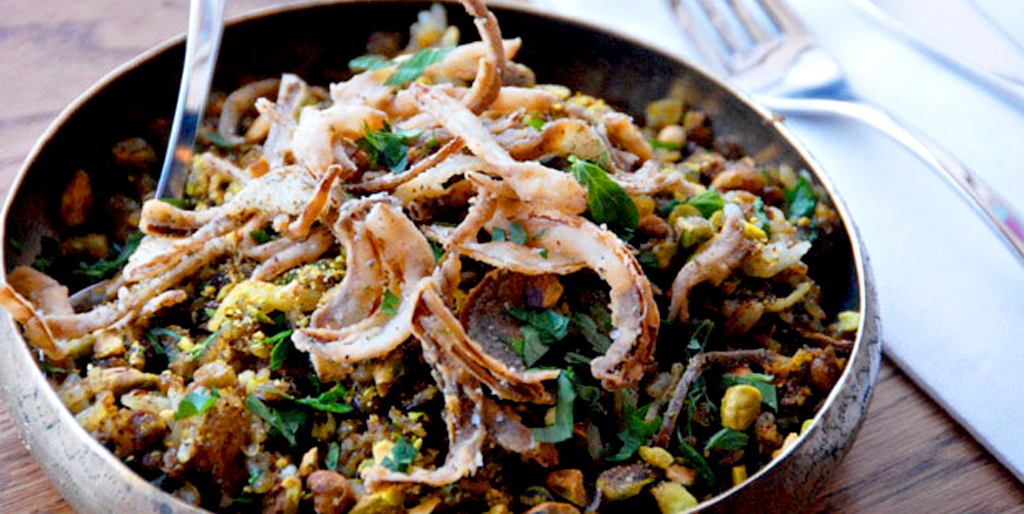 It was only around two years ago when Anthony Rose, fresh off his stint as chef at The Drake Hotel, announced an ambitious — some would say crazy — plan to open three new restaurants in Toronto.

“It was the stupidest thing I’ve ever said in my life,” he jokes.

Clearly, though, he’s a man of his word. Following the openings of Rose and Sons and Big Crow, he completed his promised trilogy earlier this month with Fat Pasha. The new restaurant takes over the space formerly occupied by the venerable Indian Rice Factory on Dupont, near Bathurst.

At the time of Rose’s gung-ho announcement, he had no idea that he’d eventually open a place offering “good Jew food,” as the Twitter account currently boasts. The lightbulb moment occurred during a recent dinner with his business partner, Robert Wilder. At that dinner, Wilder cooked Israeli food, and Rose was impressed. It was decided that Toronto could use more of that.

Fat Pasha serves Israeli, Ashkenazi and European Jewish flavours; Rose cites chef Yotam Ottolenghi as an inspiration. Rice is fried in schmaltz (chicken fat), then hit with lentils and a myriad of spices such as cinnamon, cloves and pepper, then topped with crispy fried onions and pistachios ($14). Hummus is topped with braised chick peas and slow-roasted lamb shoulder that’s been marinated in za’atar, sumac, mint and garlic ($15). For something deli-esque, there are chopped liver sandwiches served on challah ($16).

Fat Pasha is one of many Middle Eastern-inspired restaurants to hit the city as of late, and if Toronto’s appetite is ready to grow, Rose is ready to accommodate. Within the next few weeks, Fat Pasha is set to open a 60-70 seat patio.