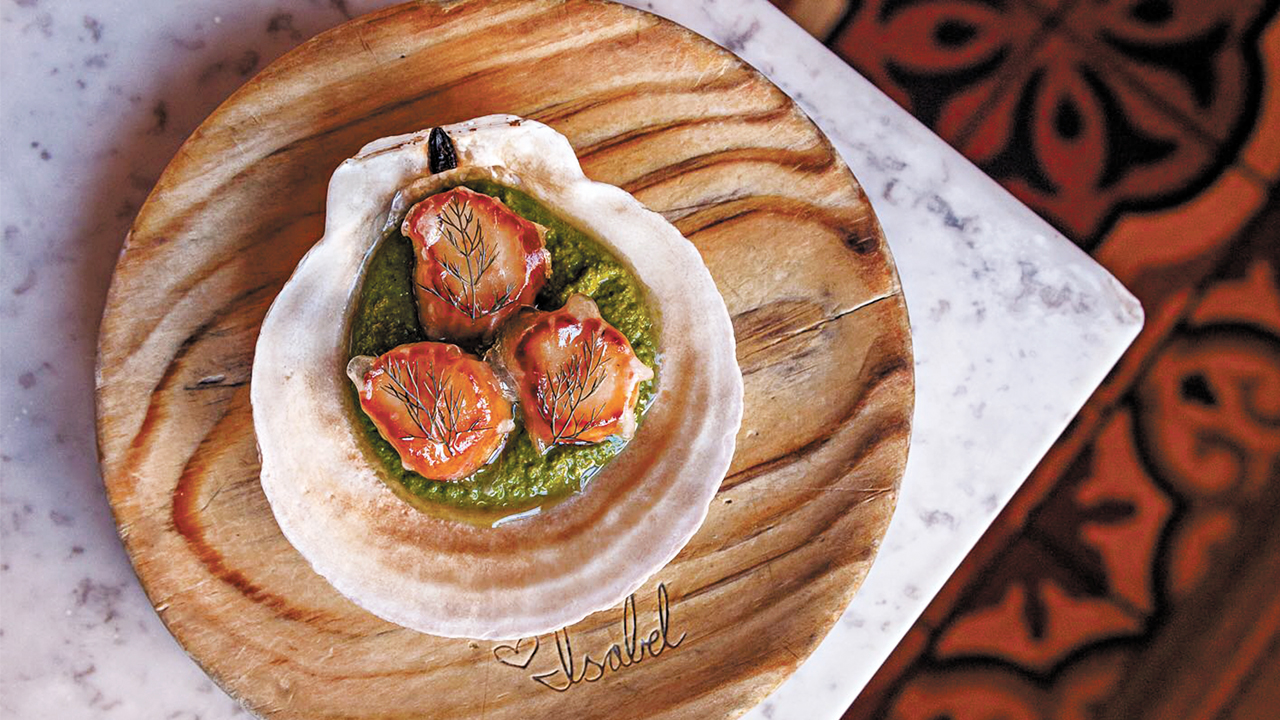 Owned by restaurateur and chef Grant van Gameren, Bar Isabel has been a staple on the Toronto food scene since opening its doors in 2013. It can be credited with establishing van Gameren as a unique creative force at the pinnacle of the city’s culinary scene following his rise in the kitchen of the legendary Black Hoof. Van Gameren has since gone on to open many of the city’s favourite eateries including El Rey, and Bar Raval amongst others. More than that, though, Bar Isabel—currently helmed by Chef Carol— single-handedly turned the city of Toronto into a population salivating for grilled octopus. The Spanish-inspired cuisine is met with a dimly lit interior, casting the share plates, deemed “essentials,” in a moody light. Cheese and meat plates are paired with Manzanilla olives and almonds alongside a selection of jamónes, conservas and vegetables. It’s the kind of place that is trendy regardless of fad or opinion, that doesn’t need word of mouth to let you know that it’s cool. Takeout packages were introduced as a result of the pandemic and have become a permanent fixture on the menu, offering guests the opportunity to take a slice of the magic home, in the form of a tapas box or full dinner for two.

JUDGE ROSA MARINUZZI OF 7 NUMBERS: “When you provide high quality preparation, great ingredients in a comfortable setting with great service consistently, you get the nod.”