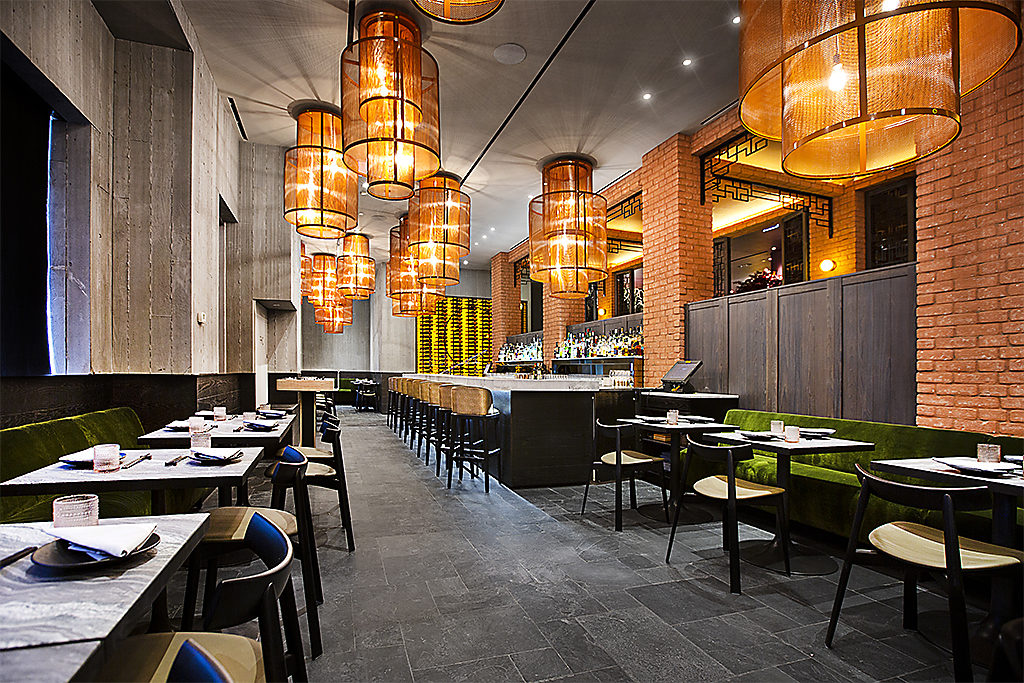 Go figure. Vegan? Oh sorry, they never use that word. At Planta it’s called “plant-based” food. And also, not just one Planta. I call to change my dinner reservation one night and the telephonist says: “Which of our restaurants are you calling about?”

’Cause there are now four Plantas — three in Toronto and one in South Beach.

The newest Planta, the ex–Nota Bene on Queen west of University, opened in late March. It’s like Susur Lee’s resto Lee in the sense that the look is chinoiserie gone modern. There is the huge dragon mural on two walls, but instead of red, its dominant colour is hipster black. There are chopsticks and rice bowls, but they’re black and sleek. It’s a very big restaurant, with a hectic open kitchen behind glass and a lot of action.

How incredibly clever of owner/chef David Lee to make this vegan resto pan-Asian, a non-meat homage to his childhood faves.

Of all the world’s cuisines, save perhaps for Middle Eastern, Asian suits vegan. When is the last time you met dairy in Asian food?

As for the animal protein, much as I adore the likes of tuna sushi and Chinese BBQ pork, etc., Asian does fine without animal products. Eat at Planta Queen if you need convincing.

There is no faking the meat part, but they do make very good use of dehydrated watermelon, which comes out of the dehydrator sweet/sour and comfortingly dense. Their spicy “tuna” roll (quotes mine) has no tuna. It is, however, delicious: Classic sushi rice with tempura and spicy aïoli around nori and pickled watermelon replacing the tuna. We also love the crispy rice, a small cube of deep-fried crunchy rice topped with pickled watermelon.

Potato dumpling is a terrific play on gyoza. Delicate flour dough encases puréed potato with nutritional yeast to give it the cheese mouthfeel. On top are slivers of truffle, and the dumplings sit in a lovely coconut lemon grass broth.

Even chocolate cake goes non-dairy … almost successfully. Coconut oil has some grease to it, but absent the richness of butter and eggs, the cake is more like a chewy bar: a pleasant bar made more so by coconut gelato, candied kumquats, caramel and puckery sea buckthorn purée.

My only complaint is the service. Why go to the trouble of dishing such interesting and wonderful food and have slapdash service?

Everything comes way too fast, and it seems each dish gets dropped by a different runner, most of them in a hurry. Disjointed. If they all knew what was in the food and were nice enough to tell us, it wouldn’t be so bad. But they don’t, and it is. One is not left feeling any warm fuzzies.

A restaurant doesn’t have to be white tablecloth or old school for waitstaff to make diners feel welcome and well taken care of. Everything else about Planta Queen is so lovely. Fix the service and I’ll eat more vegan. Oops, sorry: plant-based.