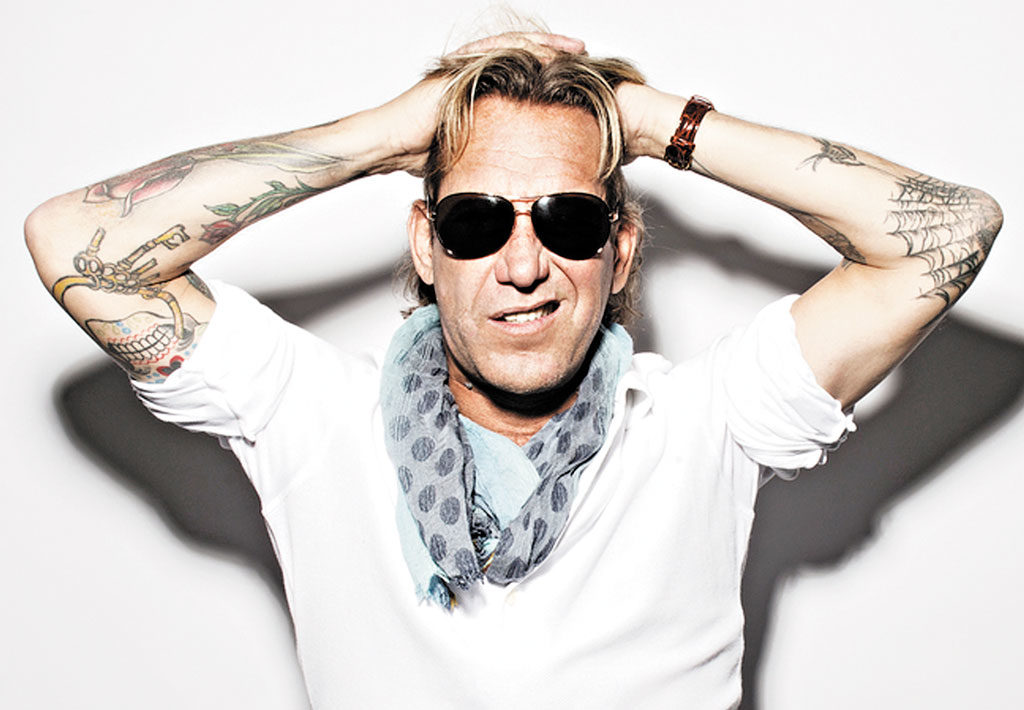 One of Toronto’s most iconic venues, El Mocambo, was due to shutter for the final time on Nov. 6 of last year. The legendary ElMo had once played host to the Rolling Stones and U2 but had lost its lustre over time.

A charity concert had been planned as the last hurrah for the beloved, yet aged venue. Except it wasn’t the last hurrah. With just hours to go until El Mocambo was due to slide into history, a buyer suddenly emerged with a pitch to purchase the venue. The media went into a frenzy: the El Mocambo could be saved.

The buyer was Michael Wekerle, a millionaire investor whose flamboyant style has earned him a reputation as a wild child of Bay Street. The ElMo investment is typical of Wekerle — known as Wek to his friends — and his sense of flare.

The deal is slated to close on Jan. 30, according to Neil Warshafsky, the seller’s agent for the El Mocambo.

Sporting tattoos and a shock of wavy hair, leaning toward bright colours in his tailoring and with a love of rock music, Wekerle is anything but the investor who quietly makes his millions in the week before slipping off to his Muskoka cottage for the weekend.

Wekerle reportedly offered $3.8 million to buy the El Mocambo and says he had a letter of intent signed just 48 hours after hearing it was on the market.

His plans for the venue include giving the bar a thorough overhaul, and he talks about leveraging the El Mocambo brand to branch out further into the music business. But it’s clear that owning such an iconic venue appeals to his swashbuckling style. “I’m 51 years old. I grew up with El Mocambo being the place to go to,” he says, adding, “every Canadian band has played at that venue.”

Whether it’s for making eye-catching investments — he is also a backer of Mark Wahlberg’s burger chain Wahlburgers, which recently opened in Toronto — or less fortunate events, like one last September where a rare $900,000 Porsche he owned caught fire at a gas station outside Toronto, Wekerle is a businessman who often finds himself in the spotlight.

Most recently a long-time business associate of Wekerle’s, Rohit Sehgal, alleges that Wekerle owes him US$1.38 million. “We have brought a bankruptcy application against him,” says Catherine Francis, a lawyer at Minden Gross LLP who is representing Sehgal.

Doubtless, his profile was among the factors that made him an appealing prospect to producers at CBC’s Dragons’ Den, searching for a replacement for Kevin O’Leary, who left the corporation to pursue other opportunities.

Wekerle jumped at the chance to, as he puts it, expand from Bay Street to main street. Already known as generous with his money, Wekerle says he’s hopeful his higher public profile will help him promote the charities he supports, which include SickKids and CAMH (Centre for Addiction and Mental Health). Wekerle made his debut on the show’s ninth season in the fall, although the season was actually filmed over 38 days back in the spring of last year.

As a born entrepreneur with a flair for spectacle, Wekerle is clearly in his element on the show and seems a natural in front of the camera. But he deferentially plays up his credentials as the rookie dragon.

“I grew up with the El Mocambo being the place to go to.”

“Arlene Dickinson is the quarterback of the show,” he says. “She’s a great role model.”

So what makes a firm a good investment? Wekerle says he looks for smallish companies that are in markets where there are barriers to entry (less competition) and have a business model that generates recurring revenue.

“You’ve got to have a product that makes life easier or more meaningful.”

The former point certainly has been borne out on Dragons’ Den.  One of Wekerle’s first investments on the show was in a Sudbury-based firm that makes protective clothing for women, which comes with a special flap that makes life easier in the washroom.

Talk to Wekerle even briefly and you get a sense of his frenetic energy. He speaks quickly, propelling the conversation along in sentences crammed with different ideas. He is known for holding multiple conversations simultaneously. On the set of Dragons’ Den, however, Wekerle says he had to rein in his free-wheeling style.

With the budget-conscious CBC keen to avoid overruns on filming, Wekerle says he had to up his game on the punctuality front.

“My habit of moving in three different meetings at one time became difficult, and I had to really focus on the show,” he says.

Wekerle puts his fast pace down to his early days as a trader on Bay Street, where timing in the markets is everything.

Born in Toronto, he moved around a lot as a child, living at Yonge and Sheppard and Bayview and Steeles. He attended York University but dropped out in his first year, or as he puts it: “I went there for a cup of coffee.”

He landed himself a job on Bay Street where he found his niche. He started out on the trading floor for First Marathon, where he excelled and was quickly promoted.

Though entrepreneurial and competitive by nature, Wekerle is also gregarious and friendly, traits that helped him build up an enormous contacts book. By the mid-1990s he was the star trader at GMP Securities, a firm he helped found, and was involved in major deals like taking BlackBerry maker Research in Motion public (back when that was a stock people wanted to buy).

But the global downturn at the end of the 2000s heralded the arrival of a darker period in both his personal and professional lives. In 2010, his second wife died suddenly from a heart attack, and a year later he and GMP parted ways.

Wekerle lives in a large home in Forest Hill, the type that has an indoor pool, though he’s planning to sell the property.

He’s a big fan of rock music and chills out by playing the guitar. After leaving GMP he could easily have afforded to retire and spend his time strumming the guitar, but instead he got back in the game, in 2012, founding Difference Capital, a merchant bank.

Difference Capital focuses on tech, health and media firms and has investments in companies that include social media integrator Hootsuite and online shopping portal Shop.ca. It hasn’t been clear sailing, however, and Difference Capital has seen its share price slide dramatically in the last six months. But the company began an internal reorganization aimed at sharpening its investment strategy.