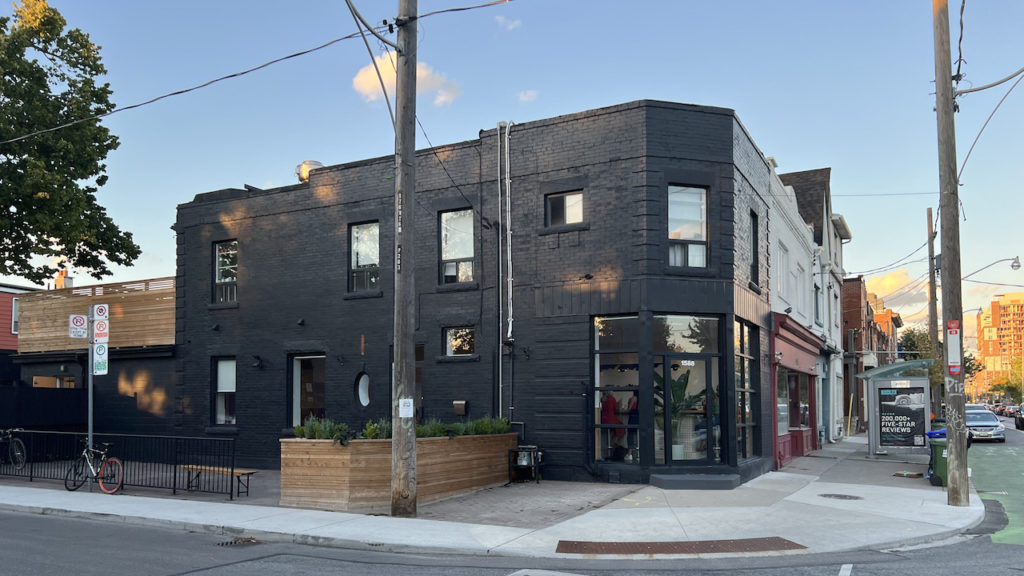 Jay Carter and Susan Beckett, the team behind one of Toronto’s most beloved restaurants, are back with a new restaurant dubbed Dotty’s. And it sounds like a picture-perfect neighbourhood bistro.

Chef Carter last helmed the kitchen at the bistro Dandylion, considered by some to be one of the best in the city. Sadly, the restaurant was forced to close during the pandemic.

In 2019, Dandylion was named best in the city in Streets of Toronto’s list of the top 50 restaurants in the city, as voted by Toronto’s top chefs and restaurateurs.

“Few chefs in this city have an approach to food as unique and humble as Jay Carter. I admire the thoughtfulness put into the food,” said Grant van Gameren, in the article.

Dandylion was also named the sixth-best restaurant in the country by Canada’s 100. Carter worked under chef Susur Lee at the beginning of his career in Toronto, both at the long-time chef’s eponymous restaurant Susur as well as Lee before taking over the kitchen at the former midtown landmark Centro.


Dotty’s is now open at 1588 Dupont St. and, according to a social media post on the old Dandylion Instagram page, “Dotty’s is a relaxed neighbourhood spot where you can snack on pimento cheese dip with Ritz crackers. There are snacks, sides, main plates and desserts.”

Although this neighbourhood bistro sounds like a wonderful new addition, there is no phone service or reservations just yet. Dotty’s is open from 4:30 until 9:30 Tuesday through Saturday. Oh, and there isn’t a sign either, and patrons are asked to enter via the side door on Franklin Street.

The restaurant, at the corner of Dupont and Franklin, is named after Beckett’s Mom, according to the post, who owned a restaurant when Beckett was a child.

“Dotty is my mom! She and my Dad ran a restaurant long before me. And they were good to people,” she wrote.

The post also noted that there is lots of wine, which will surely be wonderfully curated by sommelier Beckett, as well as tasty cocktails and “beers our Dad’s drink.”

Apparently, plans are afoot on another place a block away.