Chick-fil-A is opening its first Toronto store, but not without protest - Streets Of Toronto
Skip to content 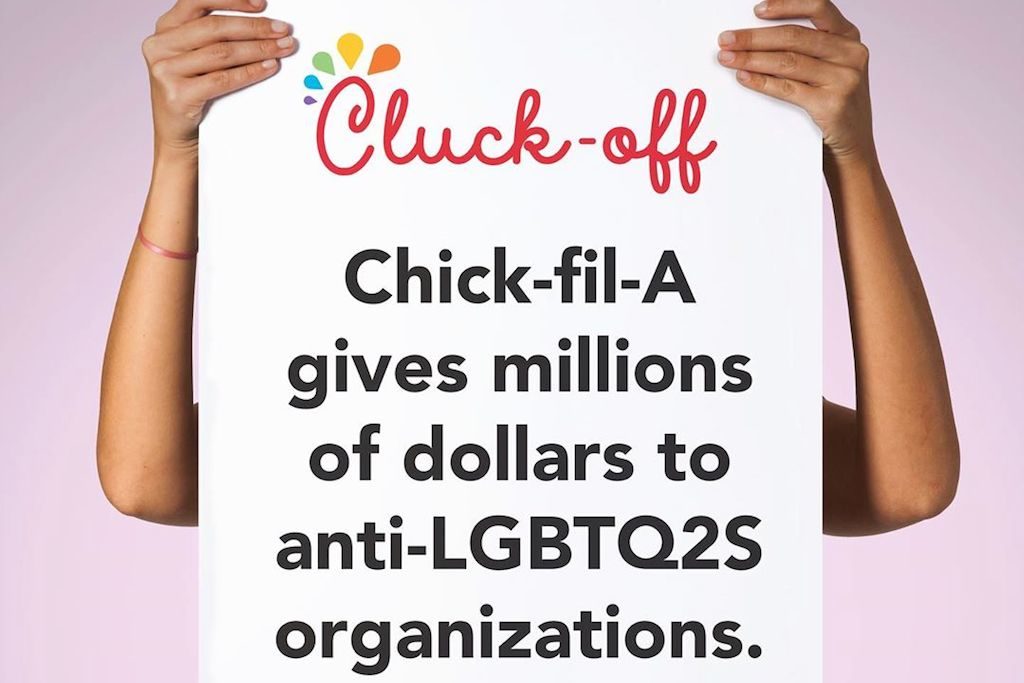 Controversial American chicken restaurant Chick-fil-A is opening in Toronto on Sept. 6 at 10:30 a.m., months after the location was originally announced. Its first Canadian location (beyond a short stint at the Calgary airport), will be located at 709 Yonge St. in Yorkville. The chain confirmed the opening day on Twitter after social media speculation that the new restaurant was ready to go.

Chick-fil-A has recently made headlines for their social media chicken sandwich argument against fellow chicken restaurant chain Popeyes, which quickly escalated into a viral meme and all-out chicken sandwich-based war. The competition between the two restaurants (and other ones who jumped into the fray) caused many Popeyes locations to run out of sandwiches.

However, not all of Chick-fil-A’s press is positive. Chick-fil-A has donated millions of dollars to anti-LGBTQ+ causes, including to organizations that promote conversion therapy or which attempt to block legislation which protect LGBTQ+ rights. Chairman and CEO (and son of Chick-fil-A founder Truett Cathy) Dan Cathy has also publicly denounced same-sex marriage. The chain is closed on Sundays due to the owner’s religious beliefs.

The animal rights group Liberation TO has planned a protest to denounce the company’s policies and viewpoint, and will be there when it opens at 10:30 a.m. on Friday. LGBTQ advocates The 519’s Army of Lovers has also joined the protest. Protesters will be meeting at The 519, located at 519 Church Street, at 9:30 a.m. before heading to the protest. Its unknown how many people plan to attend the protest at this time, nor how many plan to line up for chicken on opening day. Other recent Chick-fil-A openings, such as ones in Wisconsin, Kansas, and New York City, have also faced protests. Time will tell whether these protests make an impact on sales.