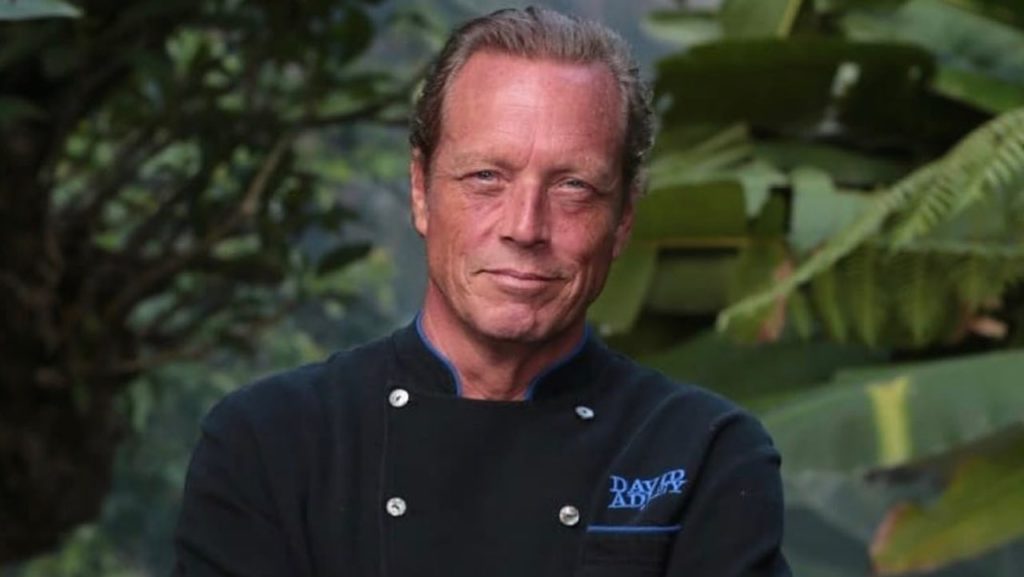 UPDATE: After only months of operations, La Nectarine has shuttered its doors in The Junction. “Couldn’t come to terms with my landlord and decided to pack up and change locations,” says chef David Adjey. But, fans of La Nectarine shouldn’t stress for long. Adjey says he has a “killer” new spot that he should have the keys for next week.

Rising to fame from Food Network’s Restaurant Makeover and Iron Chef, Scarborough-born David Adjey has become one of the country’s top chefs.

His last culinary venture, a national and international fast-food chain called The Chickery, had locations in Dubai, Washington, D.C., and all over the world. The brand closed its last location in 2018 following a legal dispute between Adjey and his American partner, leading the Canadian chef into a years-long step back from the Toronto food scene, and into a place he never saw coming.

“My show was everywhere, it was on in Asia and so many other places,”Adjey says. “Someone from the Saudi Royal family watched my show and was like, ‘Oh, come cook for me!’ And I was like me? In Saudi Arabia? I can barely blend in in Toronto!'”

But, Adjey decided to throw caution to the wind and take advantage of the opportunity, where he lived in Bali and got to fish, surf, and hang out with royals. But, eventually, he got tired of that life and returned to his roots, back to his love of food and his hometown here in Toronto.

Last month, Adjey opened what he calls his last restaurant in the Junction Triangle. A far cry from a fast food restaurant, La Nectarine serves up some of Adjey’s most famous dishes alongside French cuisine like steak tartare and lobster croquette with a modern, unique flair.

Sticking to a classic, cornerstone cuisine is a different venture from the “hypercreative” chef’s typical route, which saw him operate a menu that changed daily.

“I try to get a favourite meal, like anything from your memories of travel and food, and I try to recreate it,” Adjey says. “I love the story behind food, I love how we can connect, I love that story behind your memories of it. Something that just invokes a conversation. It’s so nice when you can break bread and laugh, cry, whatever.”

According to Adjey, his original plan was to have a daily rotating menu for La Nectarine, but in the end, it didn’t work out that way. “I had a good time while I was doing it, but it was a time of my life when I was pushing it as hard as I could on the creative side,” he says.

The name La Nectarine is an homage to his former restaurant, Nectar, but he’s revamped his style far beyond the non-changing menu.

He’s opted for a much more casual vibe, allowing the neighborhood to inform his decisions, noting the most popular menu items and drinks and running with them in the casual, candle-lit atmosphere complete with fresh-cut flowers.

As far as the space goes, the interior is warm and intimate, with orange walls that are decked out with original paintings done by one of La Nectarine’s servers, and room for 30 to sit inside once indoor dining resumes, and 50 persons outside. French music plays throughout the day and into the night, and the lack of tables inside will eventually allow Adjey to walk by and connect with his guests at a more personal level, which is important to him.

And, in the two months that La Nectarine has been open, it’s been paying off for Adjey. “It’s been fun. It’s exactly where I need to be at this stage of my life,” he says. “This is the happiest I’ve been in 20 years.”

La Nectarine is located at 1588 Dupont St. and is currently open for takeout and delivery via ambassador and Uber Eats Wednesdays through Saturdays from 4 to 11 p.m. and Sundays from 11 a.m. until 4 p.m.