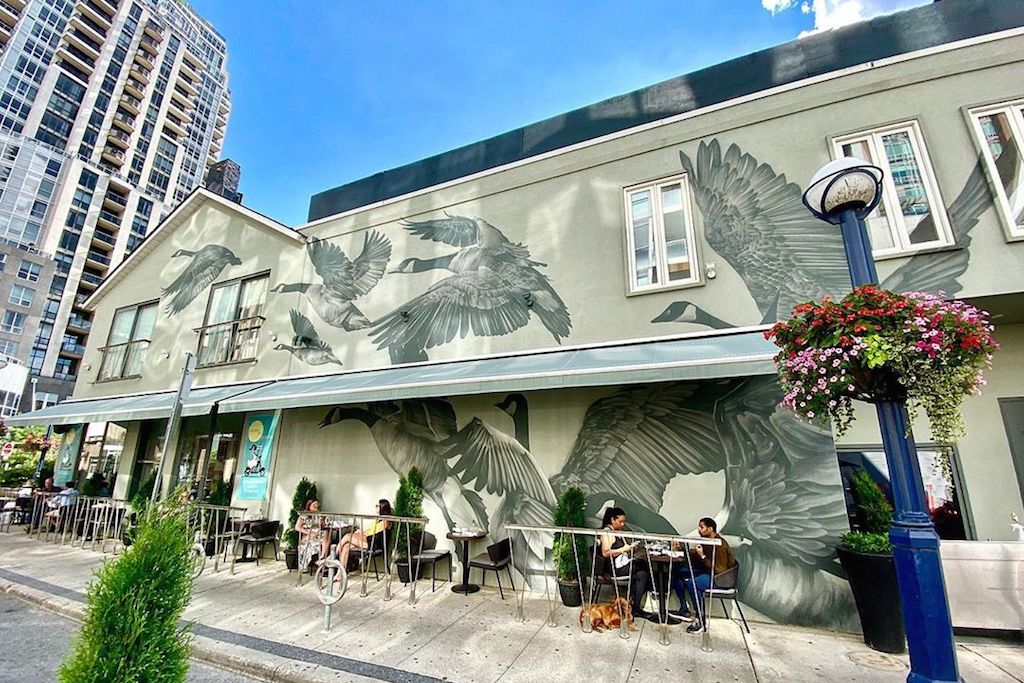 Get your cameras ready, Yorkville is about to get a lot more colourful. Inspired by Miami’s iconic Wynwood Walls, a series of murals will be painted throughout the area from Friday, Aug. 28 to Sunday, Aug. 30.

The three-day festival, dubbed Yorkville Murals, will feature a three-course dinner series at Sofia Restaurant, alongside the work of local and international artists. A solo exhibition by Toronto artist Ben Johnston will be hosted by Taglialatella Galleries on Aug. 29 and a screening of the film Underbelly followed by a Q&A session with the film’s directors will be held on Aug. 30.

In celebration of the festival’s second year, there will also be an art talk presented by Art Toronto and Waddington’s Auctioneers.

“Our team works on Yorkville Murals year round, and we are thrilled to have been able to safely add vibrant new works throughout the neighbourhood, even during some of the darkest times we collectively were experiencing,” says Alan Ganev, the director of Yorkville Murals and Taglialatella Galleries. “It is so rewarding to see people stop, observe and forget their stress, even if just for a moment.”

In an effort to keep people safe during the COVID-19 pandemic, organizers are asking the public to respect physical distancing and wear a mask when possible. The participating venues will also be operating at a limited capacity for the art talk, film screening and exhibition at Taglialatella Galleries.

To view the Yorkville Murals, the festival has launched an interactive map that pinpoints the colourful new works now extending beyond the festival’s hub in the courtyard of 99 Yorkville Ave.

For the full festival schedule and programming details, visit www.yorkvillemurals.com and follow @yorkvillemurals on social media for live updates.