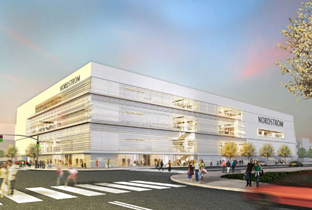 Yorkdale Shopping Centre is at it again. Just a few months after unveiling a $220-million, 145,000-square-foot expansion, the mall has announced a new, even bigger addition that’s set to be completed by 2016.

The $331-million, 298,000-square-foot expansion will be anchored by high-end U.S. department chain Nordstrom. There will also be a range of other yet-to-be-announced new retailers, but Nordstrom will be the big daddy: three floors and 188,000 square feet.

Nordstrom’s expansion into Canada will involve four other full-line locations that will start opening in 2014, including locations at the Chinook Centre in Calgary, the Rideau Centre in Ottawa, the Pacific Centre in Vancouver and Sherway Gardens in Toronto.

The two Nordstrom locations currently planned for Toronto are expected to be open by fall of 2016.