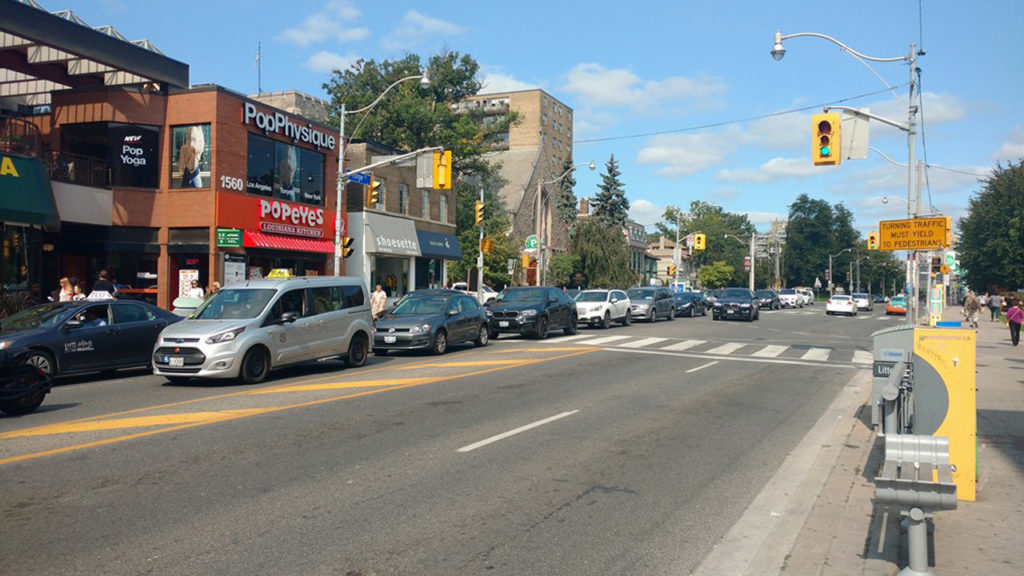 A local councillor has made it his mission to fix an offset intersection at Yonge and Heath that residents have said is dangerous.

In order to realign the intersection, Coun. Josh Matlow asserts that it is necessary for the city to purchase 1564-1566 Yonge St. at the southwest corner of Heath Street West.

Where Yonge meets Heath Street East is a short distance south from where Heath Street West intersects with Yonge. The alignment creates confusion for those looking to cross to the other side of Yonge or merge into traffic.

City council passed his motion to explore purchasing the land in early May.

“It’s a really problematic intersection,” Matlow said. “There have been crashes and collisions.”

Resident Cathie MacDonald, who is also the chair of development for the Deer Park Residents Group, said the intersection is in need of improvement.

“It’s a very dangerous intersection offset,” she said. “I think there are a lot of accidents there because nobody knows what to do.”

Matlow said that there is constant confusion at the intersection as to who has the right of way, which puts “fear into the hearts” of whoever faces it.

He said over the years many solutions have been attempted to guide drivers, but “nothing seems to make it any better.”

“The real answer is to reconfigure the intersection itself,” he said.

A similar intersection fix was done at College and Carlton decades ago by the city acquiring land, according to Matlow.

The councillor is also calling for green space to be included in the reconfigured intersection, which MacDonald agrees is needed in the area.

Matlow said now is the time for the city to make moves, given a three-tower mixed-use development by Wittington Properties Limited is currently in the works for the southeast portion of the intersection.

If the city doesn’t act before this development begins, it will lose its opportunity as there will be a new building there “for the next century,” Matlow said.

In order to make the most of the potential development, Matlow wants consideration for the reconfigured intersection baked into the developer’s plans, and said the city won’t approve the proposal unless that is done.

That just leaves the southwest land to include in the plans to make a smoother intersection.

“It’s like putting together a jigsaw puzzle,” Matlow said.