Yes, you can actually bet on the arrival of the first snowfall in Toronto - Streets Of Toronto
Skip to content 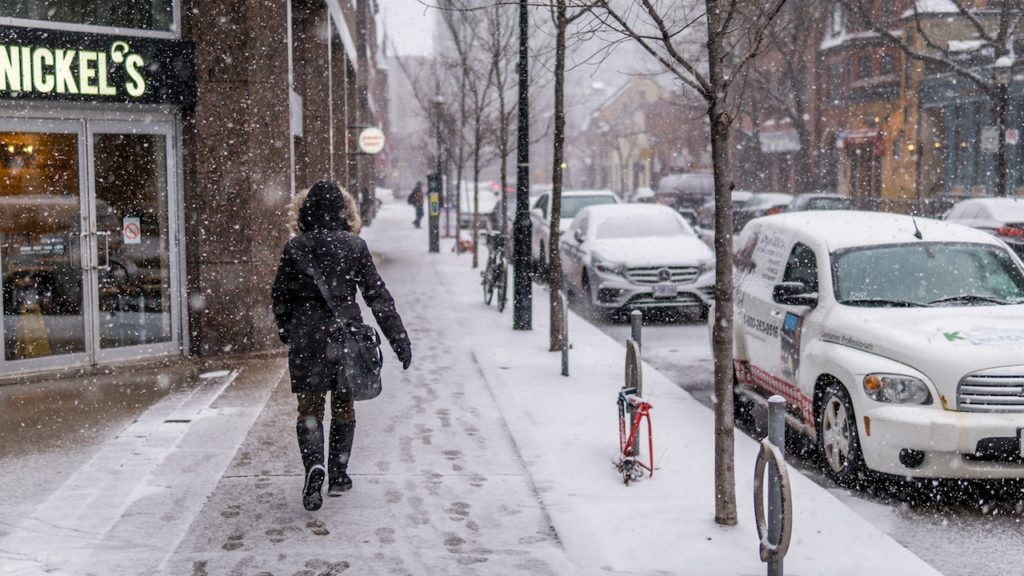 There are a lot of crazy things happening in this province these days, but the ability to gamble on when and where the first snowflakes will land in Ontario is right up there. Yes, snowfall betting is here.

According to a place called OLBG: The Sports Betting Community, betting sites such as Fanduel Canada, now legal in Ontario hooray for us, “have opened up betting odds on when the first snowfall of the season will fall in various cities in Ontario.”

Looking for some insider information on this wonderful use of time, OLBG claims to have “analysed and estimated when different areas in Ontario may expect their first snowfall.”

Local residents will benefit from the knowledge that there is a 12.5 per cent chance that “Toronto gets its first snowfall before 1st November.” Phew, we dodged that wintry bullet.

According to this insightful report, “Toronto is expected to see its first dump of white stuff [Actually it’s just 0.25CM of snow according to the Toronto Intl A weather station], in the first 2 weeks of December.”

So, plan accordingly, so says the fine folks of OLBG: The Sports Betting Community.

There is a slimmer, but still valid chance of snow sometime over the last two weeks of November, with a probability of 22.5 per cent.

But since we are taking a fact-based approach to weather prognostication, why aren’t we checking with the Farmer’s Almanac? Good and valid question.

According to the good people at Farmer’s Alamanac, Toronto and all of Southern Ontario is in for a doozy of a winter: cold, snow, then colder with more snow.

“A few snowy days to take note of include January 20-23, where stormy conditions are forecast for Ontario and Quebec,” according to them.

Then AccuWeather.com is predicting a rather easy winter with fewer snow thanks to a La Nina weather system.

Sure, there are a few opinions out there, but one thing we can tell you with absolute certainty. It isn’t snowing right now.