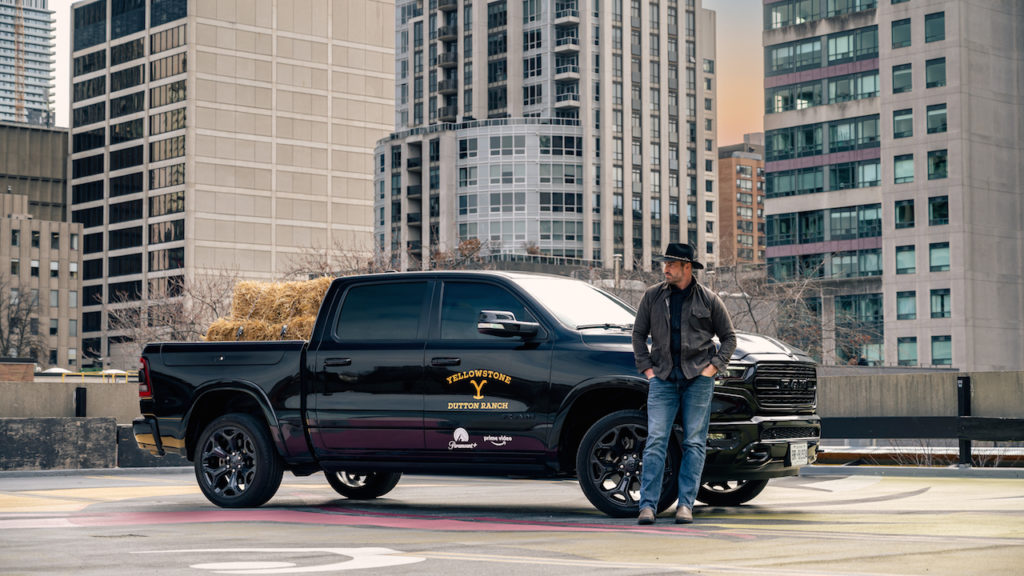 The users of the ride-sharing service Lyft might be in for a surprise tomorrow. The company is in cahoots with RAM trucks and Paramount+. To celebrate the new season of the wildly popular, Kevin Costner-led TV series, three pickup trucks that are exact replicas of those used on Yellowstone’s Dutton Ranch will be picking up lucky passengers all morning.

Sure, it’s a publicity stunt, but being transported from the slushy and cold streets of Toronto to Montana’s warm western landscape sounds good right about now. And, those picked up at random will also win a seven-day trial of the streaming service so they can binge the entire series.

Now, not surprisingly, this little cowboy adventure happens to correspond to the premiere of a new season of Yellowstone. Season 5 just dropped and it’s already breaking records streaming to a whopping 12.5 million viewers.

The show stars Costner as the grizzled and kinda cantankerous family patriarch John Dutton, who controls the largest contiguous ranch in the United States. The guy has a lot of enemies and some kids that are real pieces of work. There is corruption, intrigue, murder and, yes, cowboys. Lots of cowboys.