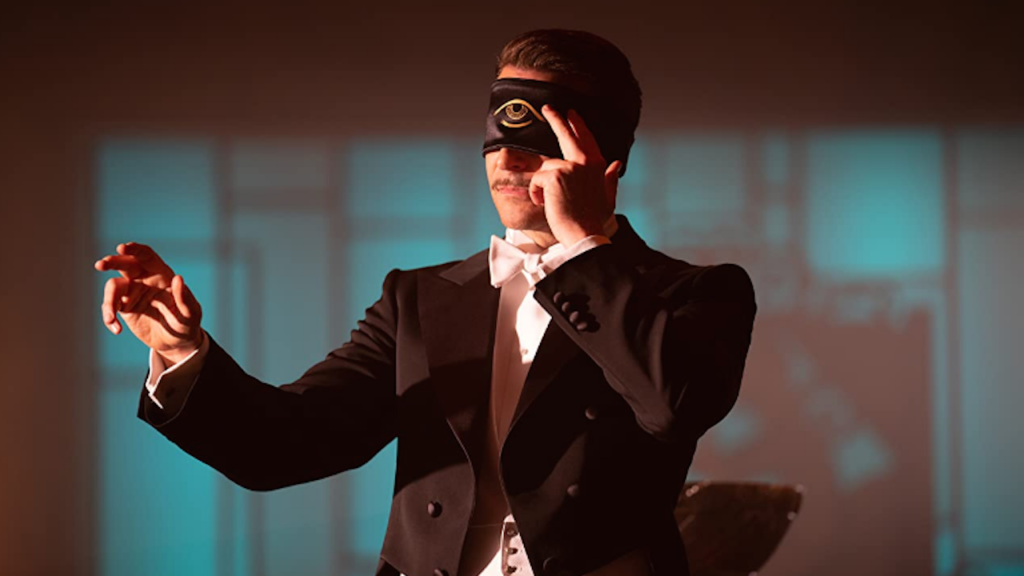 If you just can’t quit Halloween, or you need a decidedly freaky break from the holiday gush, head on over to the TIFF Bell Lightbox on Dec. 1 for the world premiere of director Guillermo Del Toro’s latest mind-bender, Nightmare Alley.

The Toronto film centre, home to the Toronto International Film Festival, is hosting the world premiere of Guillermo Del Toro’s crime thriller in conjunction with a red carpet event at Alice Tully Hall inside New York City’s Lincoln Center and a simultaneous screening at the David Geffen Theater at the Academy Museum in Los Angeles.

Following the screening, viewers will have the chance to attend a live-streamed Q&A with filmmakers and the cast.

The film, which is a remake of the 1947 Nightmare Alley featuring Tyron Power and Joan Blondell, stars Bradley Cooper, Cate Blanchett, and Rooney Mara.

It tells the story of Stanton Carlisle (Cooper) who swindles the rich and attempts to gain a fortune through corruption and manipulation. He latches on to a psychiatrist (Blanchette) who helps him con a dangerous tycoon, with the help of his right-hand woman Molly (Mara).

Del Toro, who often chooses Toronto as a favourite place to film, has many strong ties to the city. The Canadian Press stated that Del Toro reportedly calls Toronto home, splitting his time between the city and L.A.

Much of his last film, The Shape of Water, also had multiple shooting locations in Toronto. Some of the locations included Massey Hall, U of T Scarborough, and parts of Ossington — to name a few. He also helped curate an exhibition of his own film memorabilia that ran at the Art Gallery of Ontario.

Ticket sales for Nightmare Alley to the general public began Nov. 25 and are on a first-come, first-serve basis.

Additional details are available at tiff.net/covid-19.