Workout with Monika: Getting into the Rogers Cup spirit with cardio tennis - Streets Of Toronto
Skip to content 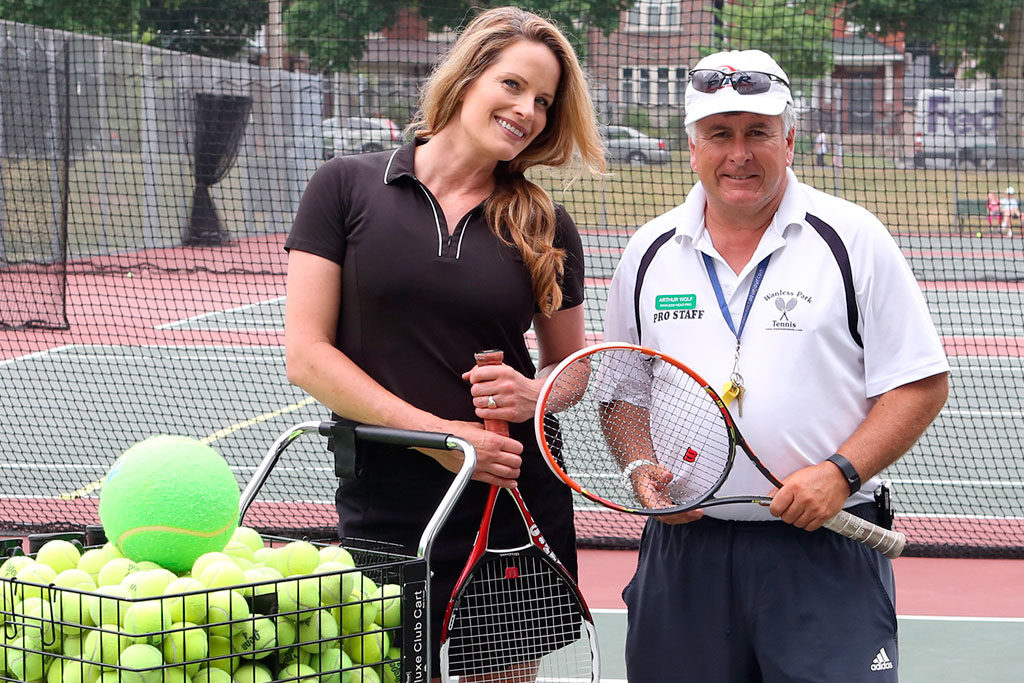 I pulled up to Wanless Park Tennis Club in the Yonge and Lawrence ’hood in my tennis blacks to meet Arthur Wolf on one of their five tennis courts. With the Rogers Cup around the corner, I’m trying their cardio tennis class.

It is a heart-pumping workout intended to burn calories while enticing people to try the sport. It combines basic tennis skills with cardiovascular exercise, delivering a full-body workout.

I’m a little apprehensive at first not having had any real tennis experience, but this concern is unfounded. If you’ve never played tennis before, it is a great way to be introduced to the sport. Even if you don’t have your own racket, the club will provide you with one for the class.

The goal is to get your heart rate up and keep it there for 30 to 40 minutes during the one-hour class.

For the best cardio results, it’s important to track your heart rate, which can easily be done with a Fitbit or other monitoring device.

The classes typically consist of six to 10 people on one court and start with a 20-minute warm-up of throwing balls between participants and light hitting. This is followed by 40 minutes of drills which consist of hitting balls, running and hopscotching on an agility ladder. After the class is complete, there is a five-minute stretch.

A certified tennis professional will feed you balls based on your ability and fitness level. Red “slow” balls and orange “fast” tennis balls are used to even out the differences in ability. Although the focus of the class is on the cardio aspect and getting a great workout, it’s also a great way to improve your tennis skills.

Even though I run five kilometres a day (three times a week), I can’t believe how winded I am during the class. In five minutes I’m having trouble holding a conversation. In one session you could burn around 400 calories (based on an average 140-pound frame).

Cardio tennis is a great way to get out of the monotony of your gym routine and off the treadmill.

Tennis in general is also wonderful for kids because it is a non-concussion sport and can be played for a lifetime.

Given that my husband was a downhill ski racer, tennis is something I’ve always wanted my son to get involved in because it’s much, much safer.

Wolf says kids can start in the Tiny Tykes program as young as age four.

The club also offers camps for children aged seven to 15 throughout the summer.

Monika Schnarre is a model, actress, entrepreneur and television personality. She has appeared in over 50 television shows and films and on over 100 magazine covers.