Work Out with Monika: Great workout, exhilarating dance but you can keep the pants - Streets Of Toronto
Skip to content 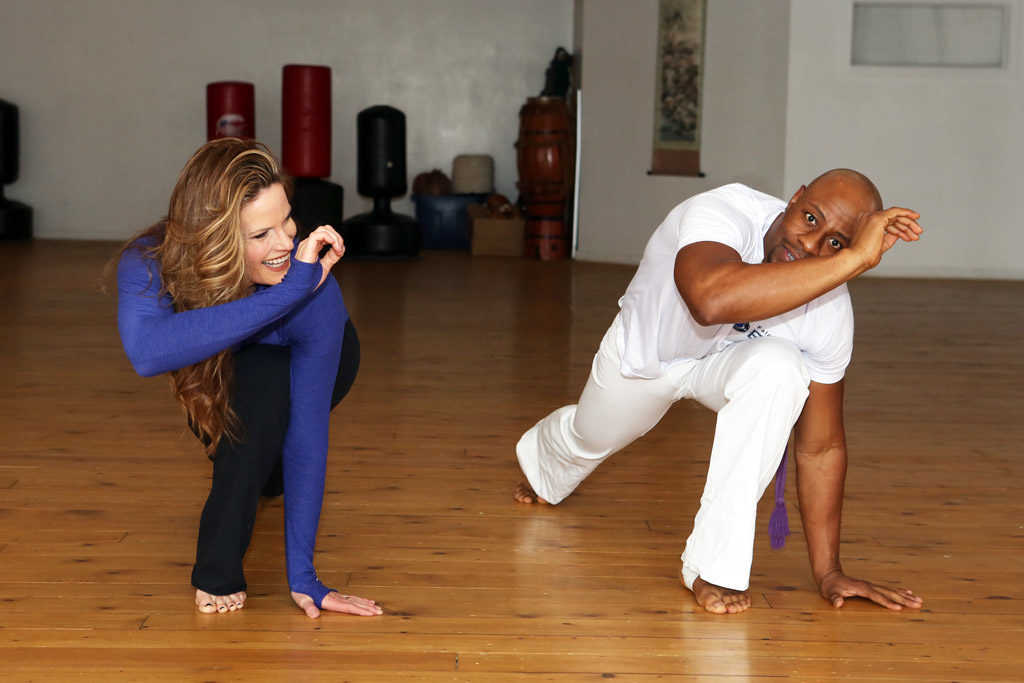 Capoeira is a workout but also a magical musical journey to Brazil with singing and playing of percussion instruments. My instructor, Kirk McFarlane, meets me, and we have a kindred vibe as we’re from the same ’hood, Scarborough. In fact, I happened to go to high school with his sister, and we kicked some serious butt on the basketball team. Go Wildcats!

The lowdown
Capoeira is a martial art and discipline. It is a total body workout that helps with strengthening the core, weight loss, increasing flexibility and confidence. There are attacks, counterattacks, kicks, takedowns, acrobatics, self-defence movements and dance. The dance aspect is what makes this deadly art unique.

History lesson
It originated in Brazil and was created by slaves sometime after the 16th century. The prisoners didn’t want their captors to know they were practicing and learning to fight, so they disguised it as song and dance.

Warming up
A typical class starts with a complete head-to-toe 20-minute to 25-minute warm-up consisting of plyometric jumps and calisthenics.

Level of difficulty
This was challenging for me — only due to the fact that I’m rhythmically challenged and don’t take direction well. (I should never have been an actress.)

The vibe
With the musical instruments, this workout has a spiritual component to it. I love classes where the time melts away, and you don’t even realize that you were working out.

The day after
This is a full-body workout; however, I felt it mostly in my legs. You are in a low squatting position for much of the class.

The best part
The dance aspect of this discipline is the most interesting and exhilarating part for me. The history of it all is also entrancing — if the prisoners who created this only knew that 400 years later we’d be studying their art!

Dislikes
The white capoeira pants that are commonly worn for the workout aren’t flattering on curves!