Wonderland and Murmur are two games that make T.O. the centre of it all - Streets Of Toronto
Skip to content 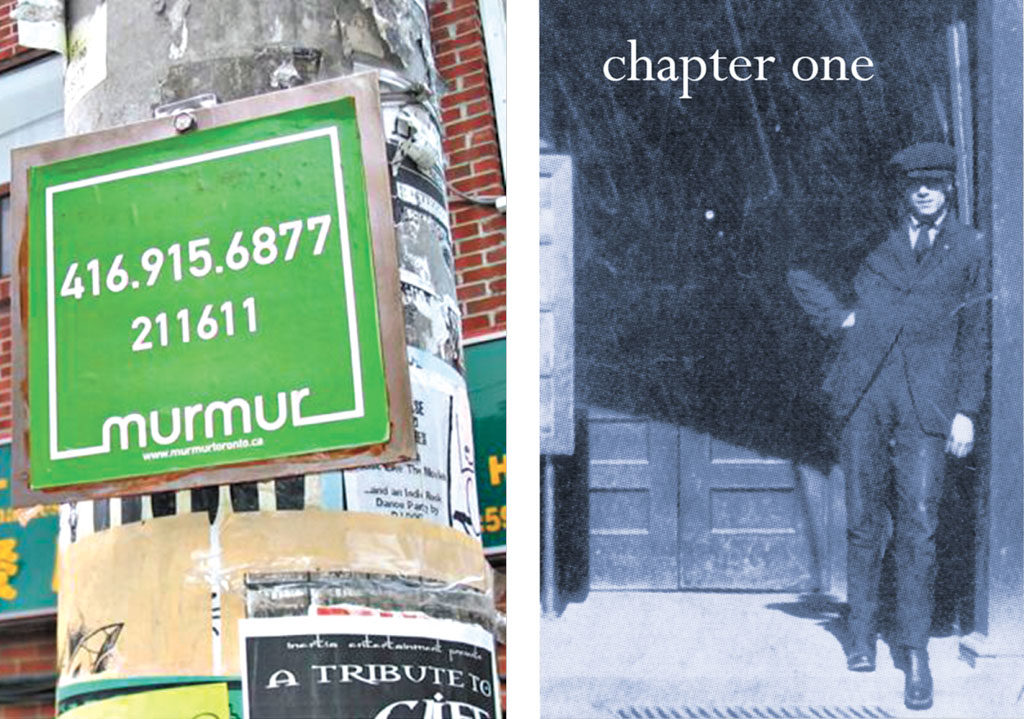 Although gaming is often derided for its ability to keep people cooped up, a few clever Torontonians are creating games that allow for the exploration of the city’s neighbourhoods and history.

Wonderland: A Solvitur Ambulando Mystery, is a fictional mystery game set in 1914 in the Junction area. Gamers use clues (and walking) to help a film projectionist solve the murder of a vaudeville singer found in the aisle at the Wonderland, one of the area’s first movie theatres.

“I’m a big fan of that Latin phrase [‘solvitur ambulando’ means ‘walking solves it’],” says Jim Munroe, a Toronto writer and Wonderland’s creator. “It really resonates with me because I walk a lot, and I always get my best ideas or solve my weirdest problems through walking. So I really wanted to do something to honour that and at the same time really get into learning about my neighborhood.”

Munroe says the game — released last month and available at the Apple App Store — is an “audio drama.” Each chapter has a puzzle, with users having to guess the word required. If you can’t solve it, walking 100 steps gives you one letter toward solving the clue.

“Back then, it was quite a bustling Nickelodeon-style theatre district,” says Munroe, of the Junction. “It had gone dry and exercised a local option to ban alcohol that lasted almost until the 1990s. But also at the time, it was the nexus for rail traffic. It’s where a lot of business took off.”

The writer also says Wonderland, which takes about an hour to play, used archival photos and research from the Leader & Recorder, a publication issued by the West Toronto Junction Historical Society.

“I worked with them a fair amount,” Munroe says. “The members were able to give me a lot of feedback on the script.”

Munroe says the response so far has been good. One demographic he hopes to tap into with Wonderland are seniors.

And his isn’t the only Toronto-centric exploration game in town. Another worth trying is Murmur, a “documentary oral history project” about different places in neighbourhoods across the city. According to Murmurtoronto.ca, anyone with a mobile phone can call a number listed on their many signs around town and hear a story linked to that very spot. Murmur began in 2003 in Kensington Market and has since expanded throughout the city to include numerous neighbourhoods, such as the Annex and Chinatown, as well as other cities such as Vancouver.