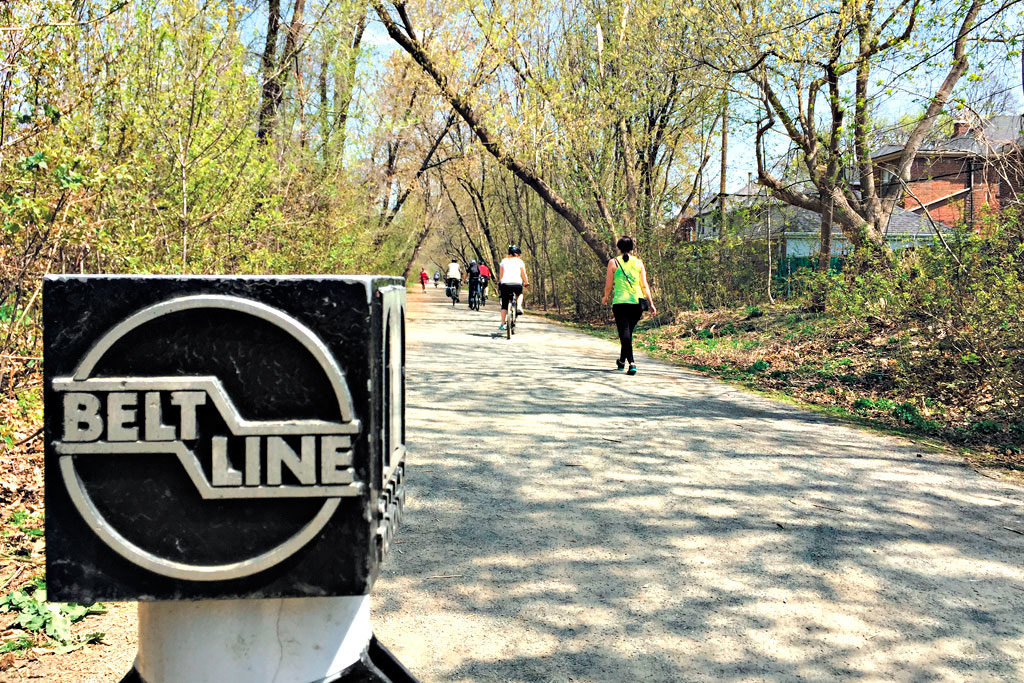 A local resident who has been jogging on midtown’s popular Beltline Trail issued a warning on a Facebook community page after she was confronted and chased by a man in broad daylight on Tuesday, April 5 around 6 p.m.

“Someone tried to grab me as I jogged on the Beltline Trail (Toronto) last night at 6 p.m. (full daylight) near Forest Hill Arena,” she wrote. “While the trail is pretty busy it happened to be at a time where there was no one else in front or behind of me in view or ear shot. A guy stood in the centre of the trail jumping side-to-side with his arms out as if to jokingly block me but then moved to block the side I was about to run past him on. I had seen what he was doing as I approached but thought he was just being a bit odd and planned to run around him. I was able to recognize the danger about 10 ft from him and jumped back. At this moment he lunged at me.”

According to the person, who asked to remain anonymous for this article, she ran as quickly as she could in the opposite direction with the man running after her. She yelled a few times and got the attention of another trail user who turned around and came back towards her at which time the assailant fled.

“It was very scary and for me a reminder to run in pairs or with the dog. Unfortunately it’s going to ruin my favourite running route, for a while at least, and I will stick to busy roads,” she wrote.

A full report was filed with Toronto Police Service along with a full description: medium build white male approx. 5.11″ with black hair, round face, and dark eyes. He was wearing a dark pea coat (dress coat), dark pants, and black running shoes.

“The police did not share that they had other reports of this,” she told Streets of Toronto. “They took lots of information and said they would be walking the area (after our conversation and ongoing).”

Although upset by what happened, she did say she learned a lesson that she will take to heart.

“My big learning was to go with my gut. I felt uncomfortable but continued to move forward questioning my gut before I realized I was in danger and had no choice but to run in the other direction,” she said. “And of course run in pairs. I’ve since talked to a lot of friends whose daughters (14-17) run alone on the Beltline, which they are now re-thinking.”